“This is a long and difficult struggle. There are no guarantees of immediate success. But there is no other way for the people but to join the militant movement both inside and outside the parliament. We will put an end to the inequality that is gripping the people by engaging in different forms of struggles.”

MANILA — James Mark Terry Ridon, or Terry to his family and colleagues never dreamed of being an activist. He was, after all, Ateneo-bred and has always believed in the Atenean way of ‘constructive, peaceful dialogue’ and active non-violence. And this is the framework he carried with him when he joined his first mass action, the People Power 2 uprising that toppled then president Joseph Estrada.

“He was corrupt and implemented anti-people policies, particularly when he led the all-out-war against the Moro Islamic Liberation Front, which is pushing for the self-determination of the Bangsamoro people,” Ridon told Bulatlat.com in an interview.

But the Hacienda Luisita massacre was the turning point in the development of his political consciousness.

“From debates on Hacienda Luisita to the UP Charter, the kinds of battle that we need to engage in became clearer to me. Table battles would always be there but the fight and the struggle of the Filipino people is more important. But knowing and practicing it are two different arenas,” he said.

Today, Ridon is the president and first nominee of Kabataan Partylist, the only youth partylist in the House of Representatives.

Ridon said his family is not “politically involved.” But he described them as “politically conscious” whose “eyes and ears could sense how political forces in our society are clashing.”

One of his childhood memories he shared with Bulatlat.com is how he used to stay up late with his father, watching political talk shows. Through these talk shows he learned about the General Agreement on Tariffs and Trade and the deregulation of basic industries such as oil. But all of these were big and empty words for the young Ridon. “It was only later in my life that these words gained meaning, especially when I joined the national democratic movement.” 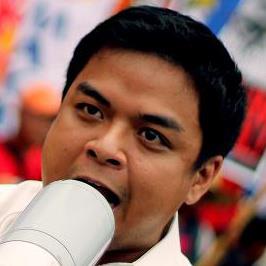 When he began attending mass mobilizations, he regarded progressive groups as “too militant.”

But as a freshman student at the University of the Philippines – Manila, Ridon became more acquainted with progressive groups, especially when they held a campaign against budget cuts on UP. Though his family could afford his tuition, which was about $125 per semester, Ridon said he wanted more young Filipinos to avail of higher education. It is, after all, their right.

Though he still had “serious reservations about becoming a member or at least aligning himself with progressive groups,” Ridon, together with his then girlfriend, now wife Kitchie, still joined the November 26, 2002 rally against budget cuts, one of the biggest protest actions at that time.

Soon, he found himself siding with the national democrats on their take on how the UP Charter should be revised. “We were among those who called for the abolition of the Board of Regents. The said board is elitist and anti-democratic because only a handful of appointed officials are deciding on the fate of the university,” he said.

“I told myself that I should not be contented with the projects that we in the student council were implementing. It is no longer enough that I occasionally join mobilizations. I really have to be part of an organized group when pushing for changes in our society,” Ridon said.

Ridon “walked in” at the office of the Student Christian Movement of the Philippines. “I talked to them. I said, ‘Hey, you should recruit me’ because they never did,” he said.

Ridon added in jest, “The Hacienda Luisita (massacre) already happened and they still did not recruit me. I also joined the debate on the UP charter. In fact, I was already one of their speakers during their protest actions but no one talked to me.”

“It was not that difficult to get along with the life that they have. I do not consider it as a big sacrifice even if we slept on the floor,” he said.

Ridon’s parents, on the other hand, were worried over his safety. “They would tell me to be careful. There were fights about it. But soon they understood that I am not doing anything wrong. Even if what I was doing was militant, they also know that this is the natural course of the people’s struggle.”

Law school and the people’s lawyer

Going to law school, Ridon said, was a “concession” to his parents. “They are professionals. They would want their children to become one too. For them, it was either I become a doctor or a lawyer,” he added.

Ridon said balancing his time between his activist work and the law school was difficult. He was elected chairman of the League of the Filipino students (LFS) from 2009 to 2011. 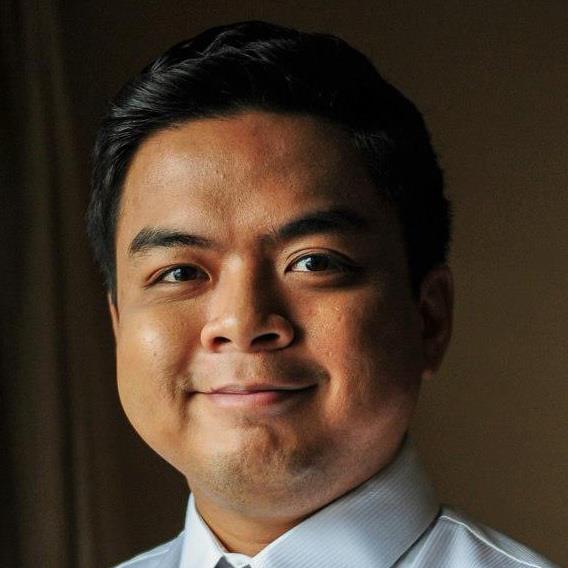 “It was clear to me that my priority is my (activist) work. So if you are hearing rumors that I slacked off during my law school, that might be true,” he told Bulatlat.com, “If you made the decision to prioritize activism, do not expect that you would get exceptional grades.”

Ridon said many of his classmates were amused on how he could manage to attend his classes while he was busy with the activities of the LFS. “I still worked hard on my academics so I don’t get to sleep as much as I need,” he added.

Ridon said activism somehow helped him survived law school. While they study the processes of environmental protection inside the school, he said, he saw how foreign-owned mining corporations are plundering the country’s natural resources. He also saw how the state circumvents the law on company ownership to favor foreign multinational corporations to the detriment of Filipino industries.

Studying the law, Ridon added, made him understand more who really reigns in the country.

Ridon said he really studied hard for the bar examinations.

After the May 1, 2011 protest action, Ridon took a leave of absence from the student youth movement to prepare for his bar examinations. A lot of people, however, thought he was merely posting at Facebook because he was always online. “But the truth is, I followed a 12-hour study time every day,” he said. Out of this 12 hours, he said, he spent four hours studying hard and another eight hours at a relax pace.

“Going to corporate law offices was not an option for me. I wanted to be in public interest law,” he said.

During the Writ of Kalikasan hearings for the magnetite mining before the Court of Appeals, he related that he was really nervous. One time, he presented the merits of the case alone before the justices and a pack of experienced lawyers.

“They tried to bully me because they knew the procedures more than I do. But it’s part of the learning process of being a lawyer. The justices were also considerate. They guided me on how to go through the motions,” he said.

Ridon said he would always remind activists who are enrolled in law school to think of what their framework is and their perspective in the future. “If it is not clear to them that they want to be a people’s lawyer, they would easily fall into the trap of the corporate world,” he said. Good thing, he said, that his fellow activists were always there to keep his feet on the ground.

Pushed to the frontline

Ridon considers himself lucky for having an opportunity to understand and experience the youth’s militant struggles. He said that since then, he never held himself back in everything that he did.

“It was a direct engagement with the state and with imperialist powers. We held protest actions in front of the US embassy, against the Visiting Forces Agreement and the treaties between the US and the Philippines. At the same time, we also fought for education as a basic right,” he said. 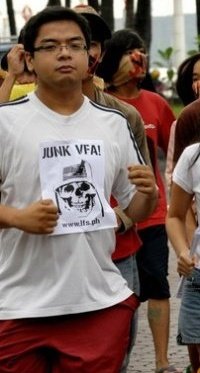 “I was able to put into practice what Lean Alejandro said, ‘In the line of fire is a place of honor’,” he added.

Today, Ridon is the first nominee of the Kabataan Partylist, the only youth partylist group that has been pushing for the rights of students to have access to education, among other pro-people and pro-poor bills that they have filed in the House of Representatives.

“The youth plays an important role in pushing for change. It is a challenge on our part to invite more youths to stand for the country’s democracy, agrarian reform, right to education, for the welfare of the workers, among other issues that are important to discuss and to support,” Ridon said.

“This is a long and difficult struggle. There are no guarantees of immediate success. But there is no other way for the people but to join the militant movement both inside and outside the parliament. We will put an end to the inequality that is gripping the people by engaging in different forms of struggles,” he added.