The players in the cacao industry have targeted to produce one Million metric tons of cacao by 2014. Currently, the target falls short with the country producing only 20,000 MT out of the 130,000 to 150,000 MT target. The country needs to plant cacao to about 130,000 hectares to reach the target.

DAVAO CITY, Philippines — Mindanao stakeholders are pushing for a “marketing board” which aims to control the price of cacao in both local and international markets to help local farmers and growers. 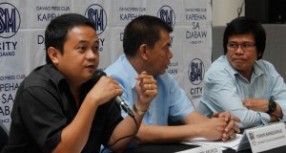 “The marketing board will decide on the prices so that the farmers will not be at the mercy of buyers and consolidators,” said Ireneo Dalayon, president of the Cacao Industry Development Association of Mindanao (Cidami).

Dalayon’s group expressed that consolidators and buyers, who have their own channels in the cacao industry, buy the crop at a cheaper price. He said that even during peak months, from February to May, the price of cacao should have been high. However, this has not been the case as it’s still bought at a lower price.

“Ang mahitabo ang sa farmers, gamay na (What happens is that farmers only earn a little from their crop). Filipino and foreign buyers are just exploiting them (as they get bigger income than the producers),” he said.

Cacao is the dried partly fermented fatty seeds of Theobroma cacao that are used in making cocoa, chocolate, and cocoa butter

Cidami stressed the importance of price control, citing as example the banana industry.

Dalayon shared that before, companies set the buying price because they shouldered all expenses in banana growing. However, he added, it didn’t help the farmers as not all days are good for business. Yet they were compelled to follow the pricing as they were bound with long-term contracts, that is, from 10 to 20 years.

“We need the government to control the price. Back in the ‘70s, if the government says that only 20,000 hectares will be planted with bananas, everybody follows,” noted Dante Muyco, vice president for Cidami.

Cidami also said that pricing in the international market should also be fair, as they lamented that a box of bananas from the Philippines, for example, are cheaper compared to Ecuador with USD 6.50 and in Australia with USD 10.

“Yes, it might depend on the buyer but they are bananas all the same,” Dalayon said, although he recognized that prices are dictated by the world market.

Cidami believed that price control would be favorable not only to the banana industry whose “small and independent farmers have been getting loans from banks and spend for themselves” but also to cacao growers.

Meanwhile, there has been a shortage in the production of cacao around the globe, Muyco said.

Projecting that in the next 10 years, the price of cacao “would pretty much be stable,” the group urged to grow more of the crop.

Dalayon is convinced that some steps can be taken by the industry to produce beyond demand for export. “We are fond of exporting but if we process our products we could create employment,” he said.

He shared that he knows of a farmer who has five hectares of coconut plantation and is employing 30 workers for the processing of coco sugar.

There are currently many Filipino companies, he said, who have ventured into processing. There is this one company that produces liquor and powder from cocoa, he added, but Filipinos have been using the product only for sikwati.

“We must increase our productivity. Right now you can only produce 400 Kilos per hectare of cacao,” Muyco said as he advised farmers to select the right seedlings and to inter-crop. By doing so, he said, a thousand Kilos can be produced, instead of 400, for every hectare of land.

The players in the cacao industry have targeted to produce one Million metric tons of cacao by 2014. Currently, the target falls short with the country producing only 20,000 metric tons out of the 130,000 to 150,000 target. The country needs to plant cacao to about 130,000 hectares to reach the target.

The Davao Region produces 70 to 75 percent of the country’s total cacao production, making it the number one producer in the country.

Cidami appealed that the industry must receive help not only to meet production targets but also to help poor farmers.

“Farmers are eager to plant cacao. But the question is, where do they plant it as they have no land?” said Pedro Arnado of the militant farmers group Kilusang Magbubukid ng Pilipinas in Southern Mindanao.

He said many farmers have been planting cacao since 2009 during the government’s campaign and when the price of the crop was as high as PHP 92 per Kilo. “But in the hinterlands today, some buy it for only 18 per Kilo,” he lamented.

Landowners who are also the buyers, he added, have also dictated the price “because the farmers are at their mercy.”

In typhoon Pablo-affected areas, farmers have also started planting the crop since it was the only type of seedling the government had distributed. However, farmers have opted to plant native coconut trees.

“These are the shorter varieties in terms of height. They start to flower in two to three years and can be harvested after four to five years, longer than the hybrid varieties,” Arnado said.

Arnado added that inter-cropping cacao has already been the practice of farmers, especially the coconut farmers after the price of copra had been very low. (John Rizle L. Saligumba/davaotoday.com)