You Are Here: Home → 2014 → September → 18 → LRT privatization deal grossly disadvantageous |‘Another MWSS in the making’ – thinktank

The LRT privatization deal has been dubbed by Bayan and commuter groups such as the RILES Network as the “great train robbery.”

MANILA — Research group Ibon Foundation has described the P64.9-billion LRT 1 extension and privatization “grossly disadvantageous to the commuters and the government,” citing the numerous perks the Ayala-MPIC consortium will enjoy under the deal.

In a statement emailed to the media even before the Department of Transportation and Communications (DOTC) went ahead last Friday and awarded the Ayala Corp-MPIC consortium (LRMC) the LRT deal, Ibon Foundation said privatizing the LRT 1 is “another MWSS in the making, with huge guaranteed profits for the Manny V. Pangilinan (MVP) group and the Ayala family at the great expense of the public.” The MWSS is the Metropolitan Waterworks and Sewerage System, which became Maynilad and Manila Water after privatization.

On top of agreeing to a five-percent fare increase upon the Cavite project completion, the government is keen on implementing the new distanced-based fare adjustment that has been stalled since 2011 due to public opposition. In a position paper of the Alliance Against LRT Privatization, it said the DOTC hopes to increase fares prior to the target effectivity of the concession agreement. This may start this month or next. 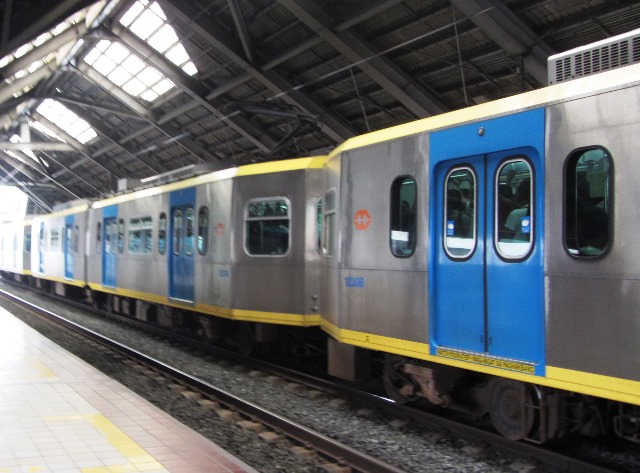 The Alliance against LRT Privatization said this looming fare hike “will ensure higher profitability for the Concessionaire, as well as higher base fare for any future fare adjustments it will require upon project completion.”

Ibon said the concessionaire can start increasing fares as the government and Ayala-MVP Group implement the so-called “initial notional fare” of P12.13 in boarding fee and an additional P1.10 per kilometer.

Such increase, said Ibon, means a new fare of around P32 for commuters travelling from end to end (Roosevelt to Baclaran) of the country’s first-ever metropolitan rail system. This represents a P12 increase from the current fare.

What’s worse, Ibon said, is that the increase through is just the beginning of a series of guaranteed fare increases allowed by the government in the concession agreement with the MVP-Ayala group.

In the LRT privatization deal, the MVP-Ayala group is entitled not only to an automatic five-percent fare increase upon completion of the extension of the LRT 1 to Cavite (Step-up Fare Adjustment), it is allowed 10.25-percent Periodic Adjustment of the Notional Fare every two years, and also Inflation Rebasing of the Notional Fare every four years. (1)

Bagong Alyansang Makabayan (Bayan) slammed this in a statement this week.

For LRT 1 operations to be profitable in the eyes of private concessionaire, the concession agreement, said Bayan, allows the private consortium to automatically adjust “notional fare” to reflect their “ideal fare”. The government, through its agencies, would set the “approved fares,” which should approximate the “notional fare” as per the contract.

If the “approved fares,” for any reason, are lower than the “notional” or ideal fare set by the concessionaire, the government will pay for the shortfall. The deal calls it “deficit payment”.

All these guaranteed fare hikes are on top of the guaranteed pass-on provision to cover the cost of power generation through the Differential Generation Cost mechanism, said Ibon, quoting again the concessionaire agreement.

As such, once the privatization deal is fully concluded and signed, as the Ayala-MPV Groups and the transportation department evidently hope to do gauging from their eagerness to immediately comply with post-award requirements, the group Bagong Alyansang Makabayan (Bayan) warns of higher fares and more government debts.

As if these were not enough sweeteners (for the Ayala-MVP), the Aquino government has thrown in the deal a commitment to provide a start-up subsidy of P5 billion ($112.8M) to the MVP-Ayala group, Ibon noted. This reduces the amount the private bidder has to pay the government to clinch the largest public-private partnership (PPP) project so far.

The MVP-Ayala is thus taking on the extension project to Cavite armed with layers of guarantees that it would generate profits. But perhaps the biggest, most immediately gratifying sweetener of all for the Ayala-MVP Group is taking over the profitable LRT 1. (See related article: After paying for LRT1, public to lose it to Ayala-MVP in privatization deal)

Based on IBON’s reckoning, MVP-Ayala will not only pay the government cheap in return for the lucrative railways, the amount would not set them back at all as they likely will recover it from the commuters themselves, through fare hikes.

In short, the Aquino government is handing over to the Ayala-MVP group a profitable business very cheap, and very gilt-edged.

Other perks to be enjoyed by the MVP-Ayala group is the exemption from paying real property taxes estimated at P64 billion, which the Aquino government also agreed to shoulder, said IBON.

Public pays all costs/risks of business

A brochure on Public-Private Partnerships said “the PPP seeks to encourage greater participation of the private sector in the provision of basic public infrastructure through investments, construction, and operation and management programs.” But in Aquino’s biggest PPP to date that is the LRT deal, the government is set to spend more than the private concessionaire. 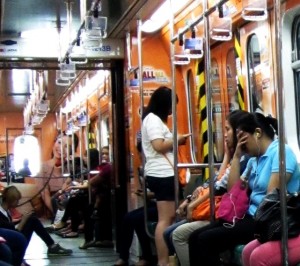 If a project is more than P60 billion ($1.355 B), half the cost is supposed to be shouldered by the government through Official Development Assistance (ODA) or loans from foreign governments. But in the P65 billion ($1.47 B) LRT deal, the Aquino administration is saddling the public with a P34.9-billion ($787.344 M) debt to spend for right of way acquisition, purchase of additional train coaches, civil works for the upgrading of existing depot and construction of satellite depot. The public is thus spending for more than half of projected cost of LRT expansion project.

The LRT privatization deal has been dubbed by Bayan and commuter groups such as the RILES Network as the “great train robbery.”

Summarizing their statements, the privatization deal’s pillage of people’s pockets and taxes is set to happen through the following modus operandi:

1. Periodic fare hikes, and if that were opposed, periodic dipping into public funds, to pay for periodically increased ‘notional fare.’ This means train riders or taxpayers are to be squeezed to pay for LRT maintenance and operations and also the private consortium’s guaranteed profits;

2. Takeover of LRT 1 after train riders and taxpayers have fully paid its loans, replenished its trains, rehabilitated its tracks, among others. In short, takeover of a fully-functioning revenue-generating business with little to no liability.

3. Public funds (and thus the taxpayers) to shoulder the bulk of expenses in LRT expansion to Cavite, but in the end it is the private consortium who stands to profit from its operations.

IBON noted that the LRT 1 Concession Agreement is very similar to the controversial and notorious MWSS Concession Agreement with provisions on rate rebasing, inflation-based adjustments, and other pass-on schemes. Since the MWSS privatization deal took effect in 1997, the average basic water rates have jumped by 585 percent (Maynilad) to 1,119 percent (Manila Water). Incidentally, the MVP group (Maynilad) and the Ayalas (Manila Water) are also MWSS’s private concessionaires.

Another cause of fear in the looming LRT deal with the Ayala-MVP Group is its growing monopoly of train lines, and its capability to dictate fares and remove checks and balances. With the deal, the Ayala-Metro Pacific (MVP) consortium is poised to control LRT Line 1 operations; it has been awarded the Automated Fare Collection System by the DOTC, and the construction of LRT Line 1 extension. Metro Pacific also controls part of the MRT 3 (they claim they are the biggest shareholders, with 46-percent).

Aside from MPIC (55%) and Ayala (35%), the Light Rail Manila Consortium which is itching to take over LRT 1 also includes the Australia-based investment bank giant Macquaire (10-percent). The Concession Agreement has a lifespan of 32 years but may be extended to up to 50 years.