Flor Contemplacion was a 42-year-old domestic helper who was falsely convicted and executed in Singapore on Mar. 17, 1995. She was detained, tortured and tried for four years for two murders: that of friend and fellow domestic helper Delia Maga, who was found strangled, and Maga’s Singaporean ward, four-year-old Nicolas Huang, who was drowned in their home’s bathtub.

Government neglect of OFWs was condemned when the public learned of how embassy officials did nothing to defend Contemplacion’s case, in spite of strong forensic evidence showing she could not have committed the murders.

Bulatlat.com asked what they thought about the execution of Flor Contemplacion in Singapore 20 years ago, and this is what they said. 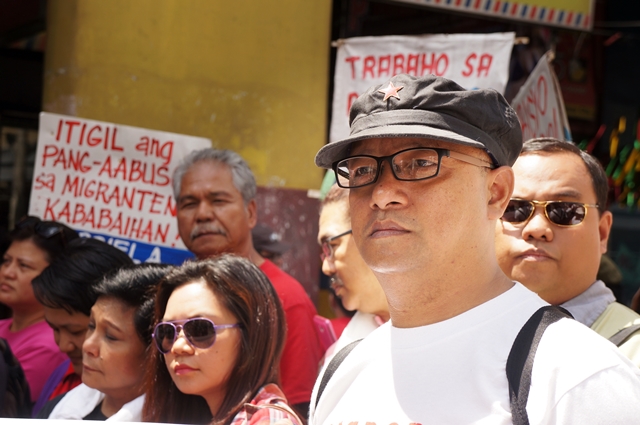 I was working in Korea during that time. I was not yet an activist but as chairperson of our pastoral council there, we organized prayer vigils for Flor. This is one of the cases that really politicized me and pushed me to know more about the roots of labor migration.

From then on, “napasubo na.”

Theresa Molina, 43, had worked as domestic helper twice in the Middle East, and is applying to work there again

I was not yet an OFW when I heard about Flor. Of course, I was shocked, because she died on a baseless accusation. The government was too slow to process justice. It’s very painful for us. So I’m here to help fight for OFWs. There should be justice for our fellow OFWs, like Flor and many others.

When I applied for work abroad, of course I was afraid that what happened to Flor might happen to me. But I have to be strong to be able to raise my children as a single parent.

Mylene Catherine Villatema, 28, had worked as a domestic helper

I was only eight years old then, but I had heard about her. It was in the news. They didn’t give her any justice. I’ve worked abroad two times, and had abusive employers in both times. I was beaten up and starved. I wasn’t able to bring home anything. 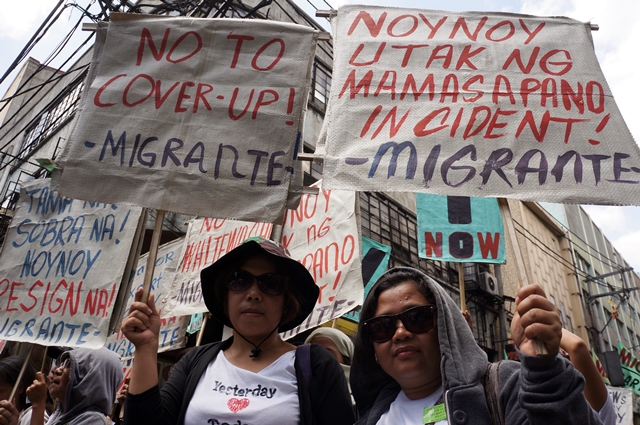 I remember that I saw news about Flor’s execution. I was already married back then. At that time, I already knew that I would be an OFW like her because it is impossible to find work that pays decently in the country.

I was only 16 years old when Flor was executed. Back then, I never thought that I, too, would end up as an OFW. I thought Flor’s experience was something I would only see on television.

When I got married and had to send my children to college, I needed a big amount of money. That pushed me to work abroad. But I was repatriated empty-handed because my employer did not give me my salary, not even food. I only ate my employer’s leftover. 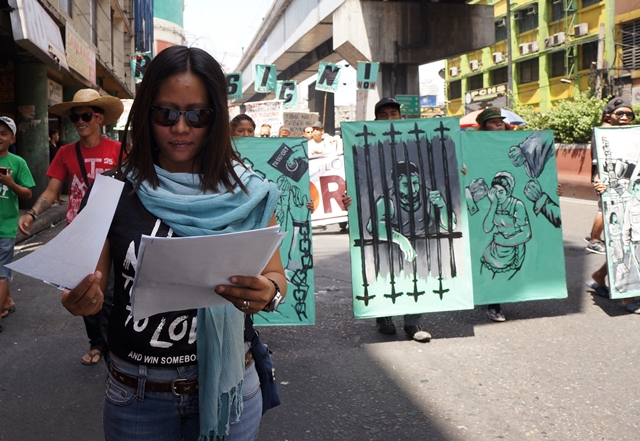 At the time when Flor was executed, I was working in a textile factory in Bataan. We were paid only P120 per day. We were not entitled to overtime pay. I joined the union and we held a strike. There were negotiations and the management looked into our demands. Soon, we were transferred to its sister company but the dire working conditions and the low wages remain.

It was 1998 when I first went abroad and worked in Taiwan. I was a sewer. I earned a decent salary and was able to finish my contract. In 2006, I left for work again but, this time, I fell victim to human trafficking. That was the time we first met (addressed to reporter).

I never thought I would be a member of Migrante. This is where I was politicized and learned my rights. They were of big help to me.

Camille Cervantes, an OFW in Dubai

My dad was an OFW during the time of Flor’s execution. I remember not understanding much but still feeling worried and scared for him. I remember asking why they do (work abroad) despite this issue, and why the government could not help. Now that I am an OFW myself, I can understand clearly what happened to Flor. I still worry a lot of the time because the support for OFWs has improved but very little.

I was still in college (UPV-Tac), struggling in my academics but enjoying activism and basic masses integration. Not knowing that I’ll be an OFW too.

I was still in university when that happened. That time, labor migration was a big thing but I had no idea what our kababayans were going through at that time. It was only when I became an activist that I knew the whole story behind Flor’s death. I felt sad when I learned about her execution but the feeling and reflection would have been different if I knew everything about it then.

I felt bad. This case was not given due attention in the Philippines. She was not given enough time to defend herself. She was neglected. I do not know if I am the only one not informed but today, the government still cannot provide protection for OFWs.