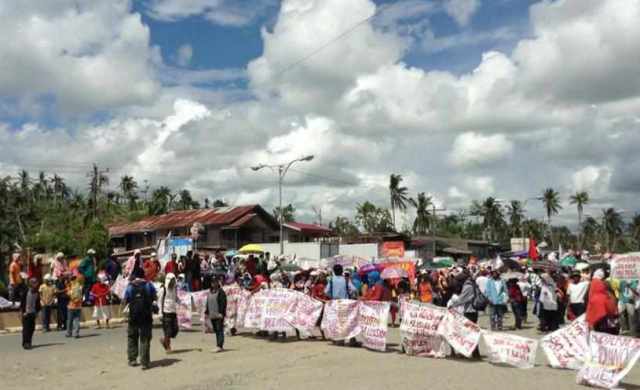 Felix Basig, a leader of the Mandaya tribe in a climate-change affected community in Davao Oriental was gunned down June 25.

Felix Basig, a leader of the Mandaya tribe of Sitio (sub-village) Kaputian, Mahan-ub village, Baganga, Davao Oriental, was sitting in the veranda of his house at around 6 p.m. when he was gunned down by suspected soldiers of the 67th Infantry Battalion of the Philippine Army, led by a certain “Pfc Maca.”

Basig was also a member of Barug Katawhan (People Rise), a grassroots group of Typhoon Pablo survivors, which has been at the forefront of exposing government neglect in climate change-affected communities.

Bayan Muna Rep. Carlos Zarate said in a statement that the killings ”may just be a running death toll,” as he condemned the Aquino administration’s failure to stop extrajudicial killings and human rights violations.

In March 2013, Cristina Morales Jose, also of the Mandaya tribe and a village official and Bayan Muna leader, was gunned down. Before her killing, soldiers red tagged her as a supporter of the NPA.

“The typhoon Pablo survivors have already suffered hunger, homelessness, and poverty at the wake of the disaster. It is pure cruelty for the military to take away the lives they have managed to keep despite government neglect and ineptness,” he said.