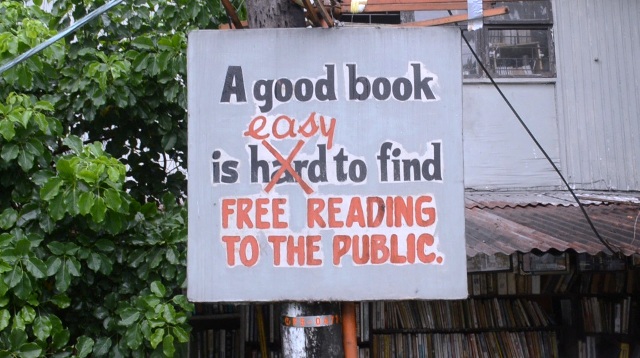 “A book is meant to be read and lived-by.”

MANILA – “The Reading Club 2000 (Free Library For All),” an informal library in Makati City, has no paid promotions, still, every day, visitors keep streaming in.

The library was started by its owner Hernando Guanlao, a former tax accountant, ice cream salesman, and government employee, popularly known as, Mang Nanie. He put up the library in 2000, just after the death of his parents. The distinctive, public service library is located along Balagtas Street in La Paz village.

“I saw my old textbooks upstairs and opted to let the public read and use it,” Mang Nanie said.

In an experiment, he placed his collection of more or less 100 different books outside his door to see if anyone would be interested to borrow his books. Many did borrow books, and donated other books in return, to increase the book collection – and there, the library began. 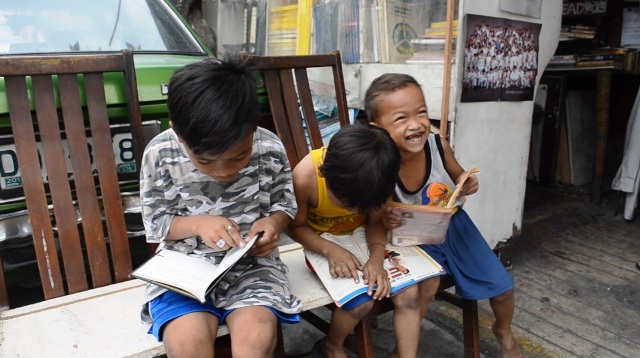 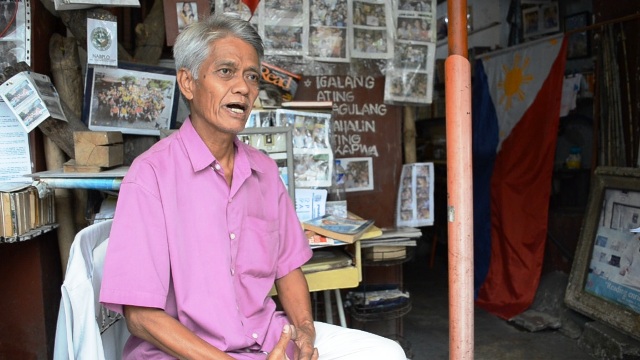 The Reading Club 2000 does not require any membership, borrower’s card or even any identification card. Anyone can borrow books, and are not even required to return them after reading.

Mang Nanie said he encourages borrowers to share the books with their neighbors when they are finished.

He also assures that the number of books has increased, with more than 3,000 books sitting on the shelves. Books also occupied the stairs of his house, and some had to be kept in boxes because of lack of shelf space.

Mang Nanie’s main purpose of putting up his library was to honor his parents, having inherited their habit of reading.

“Give not till it hurts, give till it feels good,” goes one of Mang Nanie’s favorite sayings, and shown through his generosity to those who want to read and to learn, most especially to those who do not have the privilege to study.

“A book is meant to be read and lived-by; someone’s collections of books are meant to be shared to the public,” he added.