Bayan Muna partylist, which had consistently won seats in Congress since 2001, was led by its nominees, dressed as Katipuneros, apparently inspired by the historical biopic “Heneral Luna.”

Meanwhile, the certificate of candidacy for Sulong Katribu partylist was filed by its leaders from Mindanao and Cordillera, who vowed “to be the genuine and uncompromising voice of the indigenous peoples (IPs) in congress.”

“Our attire symbolizes the adherence of our party to the principles upheld by Gen. Luna, Andres Bonifacio and other forefathers of the nationalist and democratic movement,” said Zarate.

“There are too many modern-day Buencaminos and Paternos in government that have to be exposed and rebuked. We need a voice in Congress that will call a spade a spade and do the tedious task of pushing for fundamental changes in the country’s political and economic systems,” Casiño said. 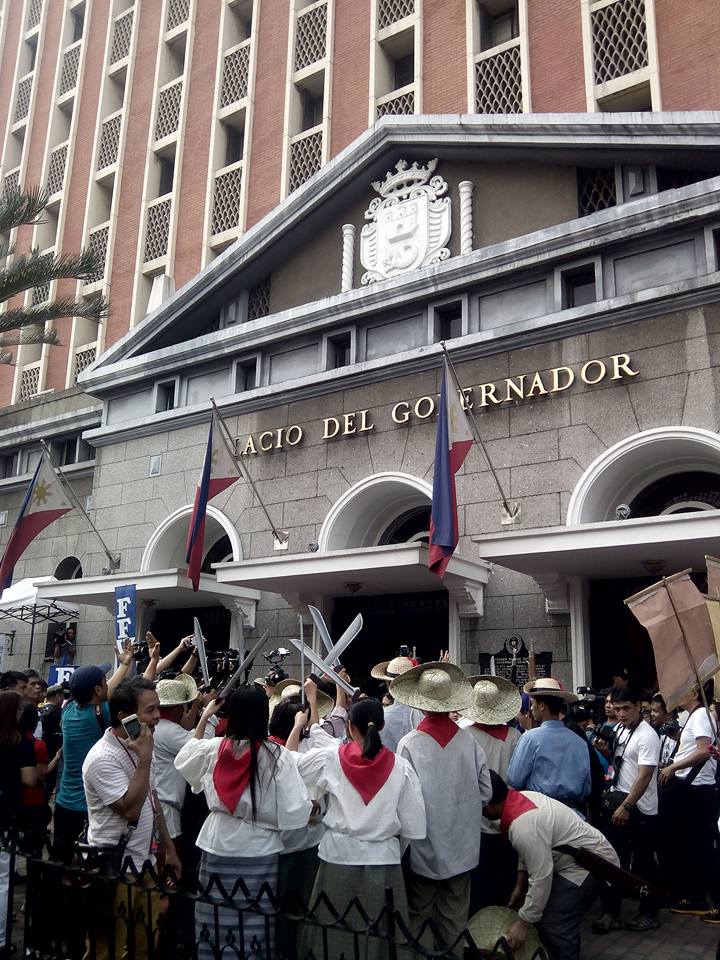 “We will continue to fight corruption and the pork barrel system, push for a genuine freedom of information law, and seek the enactment of an anti-dynasty law,” Hervilla said.

“The unrelenting spate of harassments and attacks against indigenous peoples reaffirm the need for a representative who is committed to be their voice inside the walls of congress. We have long been violently silenced or blatantly ignored by those in power,” said Jumoring “Jomorito” Goaynon, a Higaonon and first nominee of Sulong Katribu partylist.

Goaynon is the chairperson of the Kalumbay regional Lumád organization of Northern Mindanao, and is known as “Datu Inbawag,” or “the one who gives light.”

The other nominees are: Jacqueline “Jill” Cariño-Tauli, an Ibaloi from the Cordillera region and the executive director of the Philippine Taskforce on Indigenous Peoples’ Rights, second nominee; and Kerlan Fanagel, a B’laan and chairperson of the Pasaka day Salugpungan Kalimudan (Pasaka) of Southern Mindanao, is third nominee.


Sulong Katribu noted that 71 indigenous peoples were killed in the past five years under President Aquino, while militarization in different Lumád communities across Mindanao have resulted to forced evacuation of 40,000 people. Such attacks worsened the marginalization and discrimination being suffered by the indigenous population.

Indigenous peoples compose 15 to 17 percent of the Filipino population, with their communities concentrated in ancestral lands in forested regions of the country.

The group said its platform “advances the right to self-determination and genuine autonomy for indigenous peoples, ensures the defense of ancestral domains, resources and protection of the environment from destruction and exploitation, and strengthens and develops indigenous socio-cultural systems, knowledge and culture.”

By BULATLAT
With Contributed photos