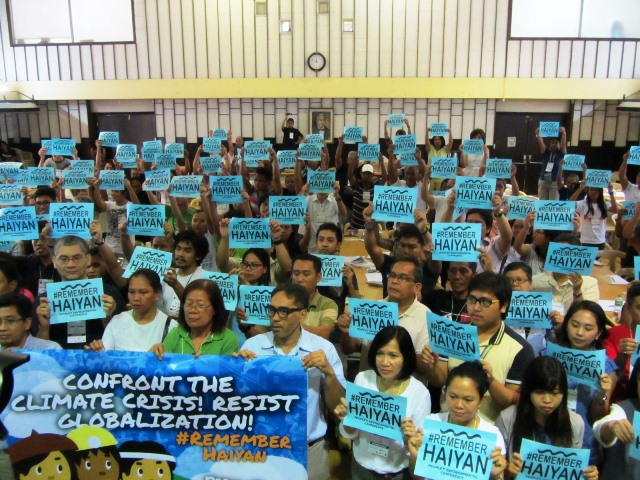 MANILA – Around 200 community leaders, workers, and advocates from the church and academe gathered this Thursday, November 5, to firm up and launch what they call as a national people’s platform on climate change.

It rejected the notion that the increasingly frequent and powerful climate disasters such as typhoons Pablo, Yolanda and Lando are simply the “new climate norms.” Instead, they trained their unity and planned series of actions against the policies and programs that brought these about.

“Across Luzon, Visayas and Mindanao, workers, peasants, indigenous people, urban poor, fisherfolk, especially women and children who comprise the frontline communities suffer multiple layers of climate vulnerabilities imposed by globalization policies such as mining plunder, land grabbing, slave wages and poverty,” said Clemente Bautista, national coordinator of Kalikasan People’s Network for the Environment, one of the lead conference organizers.
Jerome Adonis, secretary general of Kilusang Mayo Uno (KMU), one of the organizers of the conference, said Filipino workers know what climate change is all about. 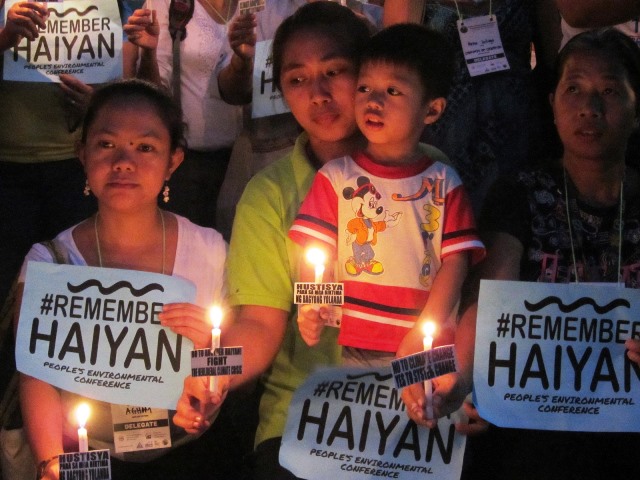 They are set to raise it as a comprehensive alternative to what they foresee as ‘watered-down’ climate policies and agreements to be signed in the upcoming APEC and COP 21 summits.

Discussions of the participants in the Peoples’ Environmental Conference noted that since 1996 when an APEC Summit was held in the Philippines, stronger calamities have hit the country, gravely damaging lives and properties.

“That’s because APEC pushed for policies, in mining and logging for example, that further damaged the environment. That’s because APEC made workers and the poor more vulnerable to calamities, by allowing the government to renege on its task of rescuing and helping those affected,” said Adonis.

At the conference, they reviewed the Aquino government’s introduction of its executive order in mining’ (EO79), which, data showed, exacerbated the Mining Act’s liberalization thrust and thus the destructiveness of mining.

They also pointed to the Aquino government’s formation of SCAAs and CAFGUs, paramilitary units trained by the Armed Forces of the Philippines and funded by mining companies, as ‘investment defense forces’ aiding or paving the way for the operation of mining companies, but forcing the evacuation and further oppression of peasant and indigenous peoples communities in their target areas.

Under Aquino, also, the conference organizers from trade unions and workers’ communities decried the government’s support of large investors at the expense of the public and common people. They cited the promotion of Public-Private Partnership projects (PPP), which result in higher prices of basic services and utilities, the deregulation of labor standards and wages, and demolition of urban poor for big businesses, among others.

Adonis of KMU warned that more of these will surely emanate from the APEC Summit this year.

Immediately after the conference, the organizers will hold two “major climate actions:” a Fact-Finding and Solidarity Mission to investigate mining impacts in the Typhoon Lando-affected communities in Santa Cruz, Zambales province, and the 20,000-strong ‘survivor’s march’ under the People Surge Alliance of disaster survivors on the occasion of the 2nd anniversary of Typhoon Yolanda. 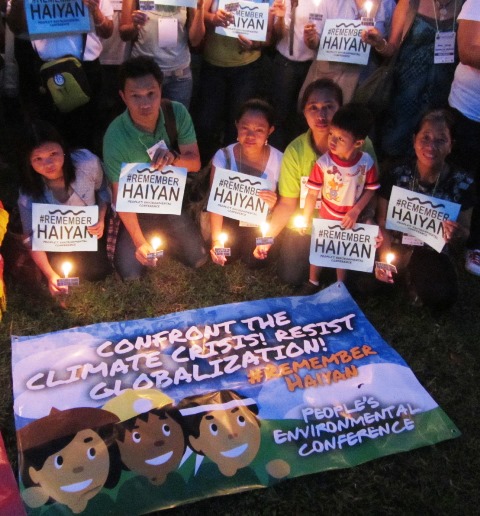 The organizers said they will also throw their support to the People’s Caravan against APEC and Imperialist Globalization (PCAIG), a broad national protest campaign opposing the globalization policies being promoted in APEC.

KMU expressed disbelief that the 2015 Paris Climate Conference will solve climate change. Or that APEC will solve problems of poverty and jobless, exclusionary growth.

As they have agreed during the conference, these are but effects of policies of plunder which those in APEC or the richest nations in COP21 have been pushing for. Their unionists at the Peoples’ Environmental Conference said what is needed is radical change in socio-economic structures, “a system that prioritizes the lives and welfare of the majority and the environment over the interests of a few people for increasing profits.”

The participants concluded the conference with a candle-lighting ceremony calling for justice for the victims of Typhoon Haiyan.