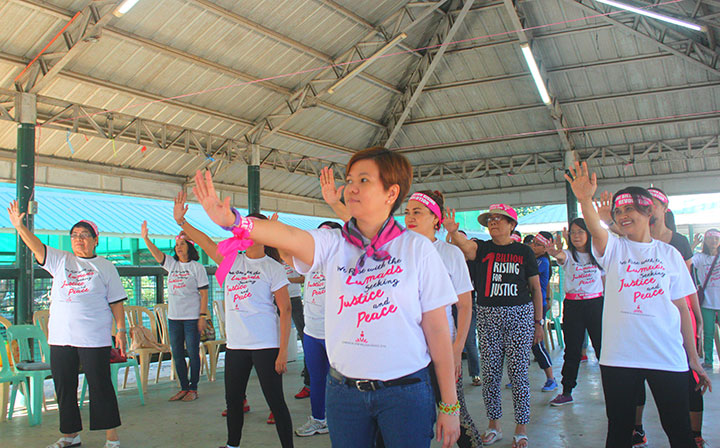 MANILA — Church women participateD in the global campaign to end violence against women and children dubbed as One Billion Rising (OBR).

On its fourth year, the Philippine’s OBR is widely participated by women, men, children and youth across sectors. For the ecumenical church people, it is a dance of solidarity with the struggling people. 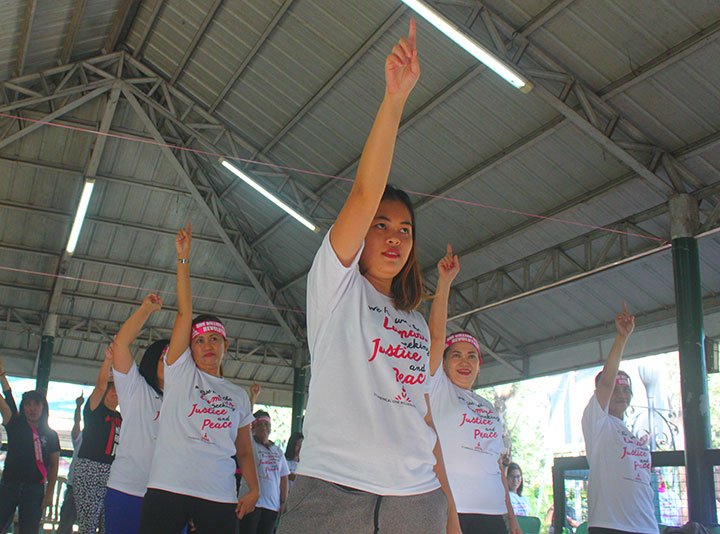 In a gathering at the Quezon City Memorial Circle this morning, Feb. 12, Darlene Caramanzana of the Ecumenical Women’s Forum (EWF), said, “We come together to express our unity with the Lumad who have been constantly endangered because of development aggression and intense militarization in their ancestral land.” 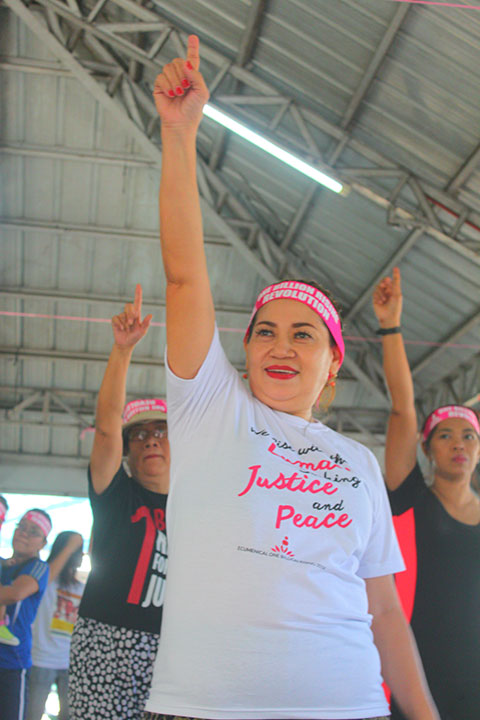 The Lumad or indigenous people in Mindanao have been staying in evacuation centers and church sanctuaries for the past six months now. 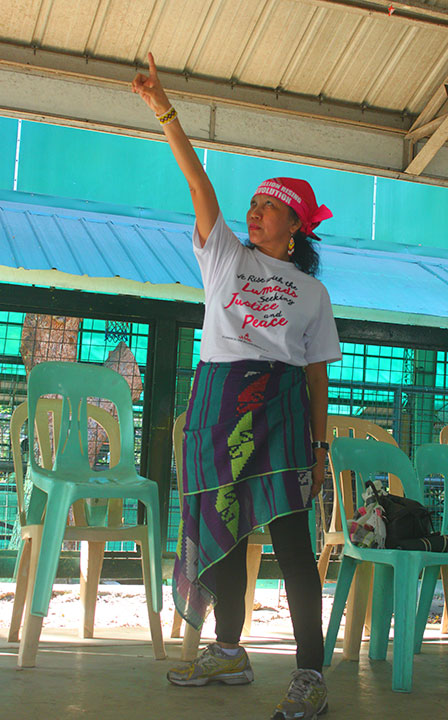 “We listen, dance and act in response to the Lumad’s call for justice and peace. Their lives have been disrupted and the reinforcement of more military troops in their communities is in contrary to God’s message of love and peace. On this season of Lent, we are one with the Lumad aspiration through prayer, fasting and building a school for the Lumad children,” Deaconess Norma Dollaga of Association of Women Theologians said. 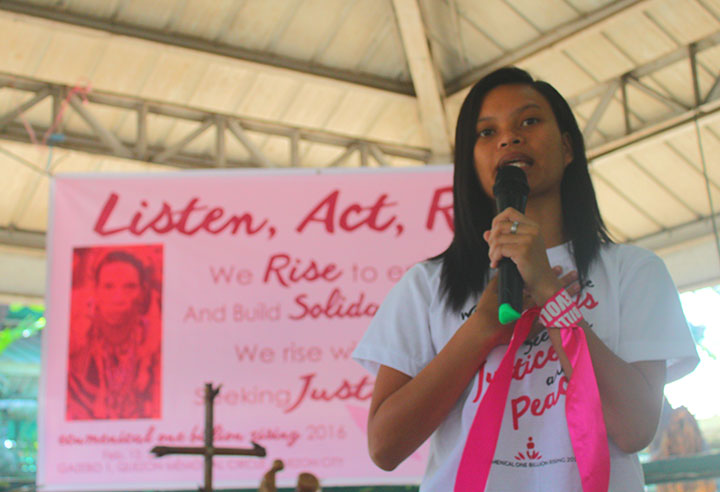 One Billion Rising event kicked off this month and will culminate on February 14, 2016 at Rizal Park (formerly Luneta), Manila.

Launched on Valentine’s Day 2012, the One Billion Rising began as a call to action based on the staggering statistic that one in three women on the planet will be beaten or raped during her lifetime. With the world population at seven billion, this adds up to more than one billion women and girls.