All systems go for May 1 Labor Day protests 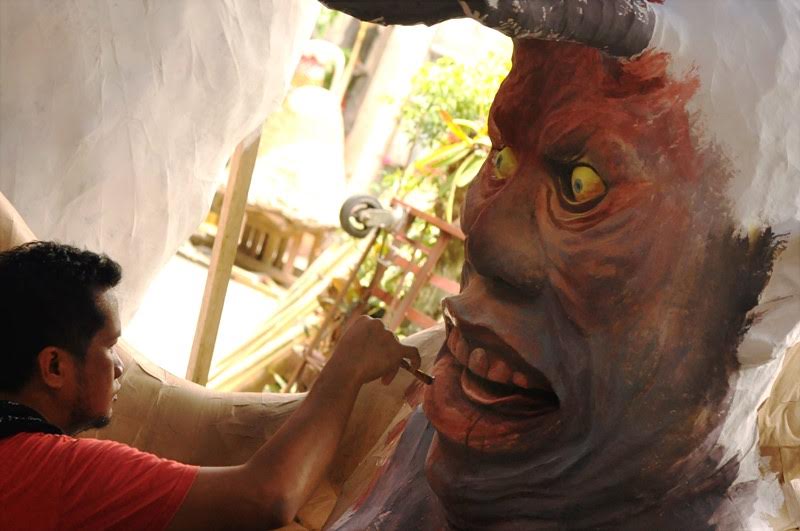 “Workers will push for their demands for the junking of contractualization and the implementation of a National Minimum Wage in the amount of P750, amidst their worsening hunger and poverty.”

MANILA – After days of holding protest actions in cities all over the Philippines, workers from various labor groups are all set to hold big protest actions on May 1 Labor Day. National labor center Kilusang Mayo Uno (KMU) announced that on this year’s protest, they will condemn neoliberal economic policies. They blame these policies for having worsened the already dire situation of Filipino workers.

“Workers will push for their demands for the junking of contractualization and the implementation of a National Minimum Wage in the amount of P750 ($16), amidst their worsening hunger and poverty,” said Jerome Adonis, KMU secretary-general.

Another labor group, the government-backed Trade Union Congress of the Philippines (TUCP), shied away from tackling government policies, but criticized the government’s neglect of workers’ plight. While the KMU has been saying that the government, by policy, is pushing the workers to low-wage, dangerous and precarious job conditions, the TUCP said nothing about those policies and instead complained of what it calls as a “breakdown of government enforcement, employer compliance to labor laws.” The TUCP, in a statement, said this is the reason for the “inaction” of the Department of Labor and Employment (DOLE) and local governments on intentional disregard of general labor and occupational health and safety standards.

Workers under the KMU prepared a giant mural to be used during the May 1 march and program. The mural depicts the “three ills” of Philippine society. These, they said, are feudalism, bureaucrat capitalism and imperialism, “the main cause of hunger and poverty in our country.” Also, KMU unveiled to the media an effigy depicting Pres. Benigno Aquino III as “a brutal butcher and a puppet of US imperialism.”

“The butcher effigy symbolizes Aquino’s role in killing workers and farmers as shown in the shooting and killing of farmers in Kidapawan City last April 1, the death of workers in the Kentex factory fire, human-rights violations caused by the government’s counter-insurgency Oplan Bayanihan, among others,” Adonis of KMU explained.

Labor woes in the election agenda

With May 1 happening just a week before the national elections, persistent workers problems have been included in the campaign issues of presidential candidates. Most presidential aspirants promised that they will abolish labor contractualization, the practice in which workers who should have been regular on their jobs and qualified for job security and benefits are turned instead into permanent contractuals, or workers who may or may not be rehired following the end of contract of his or her last three to five –month contract.

Workers groups said contractualization has eroded the ranks of regular and unionized workers in the country, and along with it, the workers’ bargaining power and wages. Latest government data said that among the employed, more than 2.321 million were contractuals in 2014. This means that at least one in three employed in establishments with over 20 workforce were contractuals two years ago. Labor groups estimate that contractuals actually outnumber regular workers.

The KMU condemned Baldoz’s continuing defense of this policy in a picket in front of the labor Department on April 28.

The problem with Baldoz’s message, said Elmer “Bong” Labog, chairman of KMU, is that Baldoz is making it appear that the problem only lies with the so-called “fly-by-night” contractors. But the KMU cited numerous experiences showing these so-called fly-by-night contractors are actually “dummies” of big capitalists. Labog said the problem of contractualization is simply being patched here and there by a Labor Department order listing the guidelines for job contracting.

“The problem lies with the Labor Code, as strengthened by the Herrera Law, banning Labor-Only Contracting but allowing Job Contracting. Existing laws have allowed contractualization to spread, whether in the ‘legitimate’ or in the ‘illegitimate’ forms,” Adonis said in another statement.

Against Baldoz’s defense of contractualization and selective condemnation of “fly-by-night” contractors, Adonis said any meaningful talk on contractualization should start with the principle that it is “a wholesale attack on workers’ rights to a living wage, job security and free exercise of trade-union rights.”

In Congress, women’s partylist group Gabriela had filed House Bill 4396 or the Regular Employment Bill. Also known as Anti-Contractualization Bill, this has been used as basis for House committee hearings to forge a law abolishing the Herrera Law. In Gabriela’s protest actions in preparation for Labor day activities, its leaders dared the candidates running for the country’s top position to walk their talk against contractualization by compelling the Aquino administration to repeal the Herrera law and pass the Regular Employment Bill.
“Now that it has been widely acknowledged as a bane to Filipino workers by most national bets, we dare Aquino to put an end to the policy of labor only contracting,” said Gabriela Women’s Party Representative Emmi De Jesus.

KMU expects a more than 50,000 attendance on the May Day protest in Metro Manila and more than 100,000 on different regions across the country.