You Are Here: Home → 2016 → July → 14 → Fight for justice ‘clearer’ with surrender of Cafgu men involved in Manalo brothers kidnapping 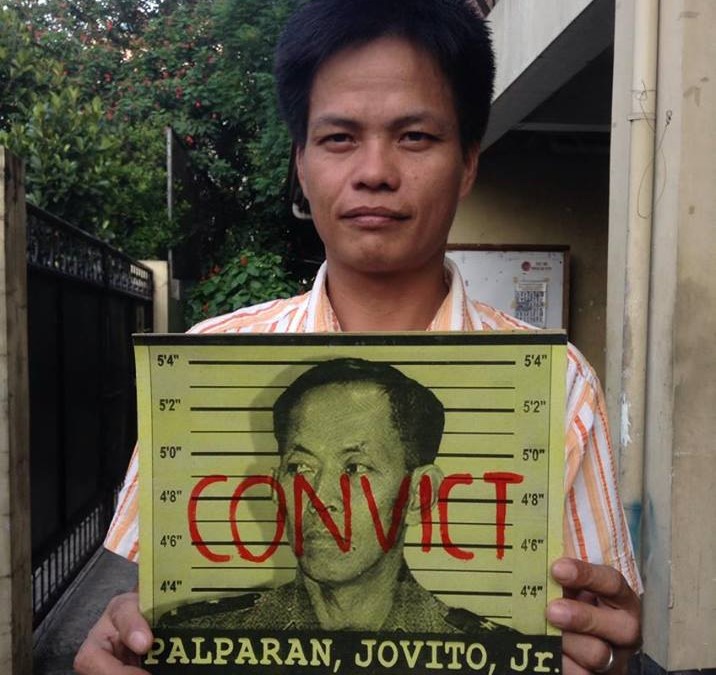 “In fact, these people continue to harass my family. They keep on telling my sibling that I would no longer be able to set foot in their community ever again.”

MALOLOS, Bulacan – Torture survivor Raymond Manalo expressed hope that the surrender of the militiamen accused of torturing and detaining him and his brother 10 years ago is a step toward finally getting justice.

“Slowly, my fight to attain justice is getting clearer. But this is not enough,” Manalo told Bulatlat in a phone interview.

He said the accused are in good physical and mental condition for due disposition. The three are now detained at the Bulacan Provincial Jail, in accordance to the commitment order of Judge Francisco Felizmenio dated June 23.

Manalo and his brother Reynaldo were abducted from their home in San Ildefonso, Bulacan on Feb. 14, 2006. They were tortured and held incommunicado in several military camps in Central Luzon until they escaped in 2007.

During their detention, they met disappeared University of the Philippines students Sherlyn Cadapan and Karen Empeño. While Manalo’s eyewitness account was vital in indicting retired Maj. Gen. Jovito Palparan for the case of the two university students, it is only now that the case filed by the brothers against their tormentors has seen its day in court.

Palparan, who is detained at the Philippine Army Custodial Center, and several militiamen are facing two counts of kidnapping, and serious illegal detention with serious physical injuries for the torture and illegal detention of the Manalo brothers.

Private prosecutor Julian Oliva of the National Union of Peoples’ Lawyers said the three accused who have recently surrendered are expected to be arraigned next hearing, which is scheduled on Aug. 25.

Meanwhile, Manalo said that despite their surrender, the Dela Cruz brothers and their relatives continue to sow intrigues in their community. One of them even claimed that the Manalos asked for a million pesos in exchange for the withdrawal of charges against them.

The torture survivor expressed disgust, saying he never asked money from them.

“In fact, these people continue to harass my family. They keep on telling my sibling that I would no longer be able to set foot in their community ever again,” he said, adding that Roman dela Cruz, who is still at large, had even warned that he would go after Manalo.

Manalo said he is disappointed with all the help that the Cafgu men are getting from their village officials.

He said, “Not one from them extended the same help to my mother who knocked on doors of one military camp to another searching for me and my brother.”