The Makabayan bloc wants to make sure that the people’s money will be allocated for basic social services.

MANILA – Progressive partylist lawmakers are set to push for substantial wage increases and increased funds for social services in a “pork barrel-free” 2017 budget, which is set to be deliberated in the House of Representatives next week.

The ACT Teachers Party said it will make substantial salary increase for state employees one of the main issues in the budget deliberations. The group welcomed the Budget Department’s inclusion of P39.6 billion ($858 million) for Lump-sum Compensation Adjustment in the proposed budget, which will provide funds for wage hikes of 1.6 million government employees.

However, they urged the Duterte administration to reject former president Benigno Aquino III’s Executive Order 201, series of 2016, which gives a paltry 11 to 22 percent salary increase to rank-and-file employees, while raising that of executives and top government officials by 233 percent, over a period of four years.

A statement by ACT Teachers Partylist said the 2017 budget is a chance for Duterte “to correct the paltry salary increases and inequitable pay scale provided by his predecessor.”

Castro also urged Congress to amend the proposed 2017 budget to make it “more responsive to the needs of our state workers.”

ACT Teachers Party Rep. Antonio Tinio said Duterte’s allies in Congress should be reminded how Aquino’s EO 201 has been “criticized as tilted in favor of executives and top politicians, while shortchanging the rank-and-file, who keep most of government offices and services running. They need additional finances the most.”

Meanwhile, Gabriela Women’s Party vowed to scrutinize the proposed 2017 budget to make sure that there will be no more Disbursement Acceleration Program (DAP) and Priority Development Assistance Fund (PDAF) in next year’s budget.

“Abiding by the Supreme Court decisions on the DAP AND PDAF, in congruence with President Duterte’s battle against corruption and; in the interest of giving back to our people the services due them, we, in Gabriela and in the Makabayan bloc commit to weed out pork, in all its forms and scrutinize the proposed 2017 budget,” Rep. Emmi De Jesus said in a statement.

She said the Makabayan bloc wants to make sure that the people’s money will be allocated for basic social services. “That is our role as legislators and as representatives of the marginalized,” she added.

Meanwhile, Rep. Arlene Brosas said they will scrutinize the proposed budget for the education sector. She noted that national defense gets higher than the budget for social welfare and development, and health. 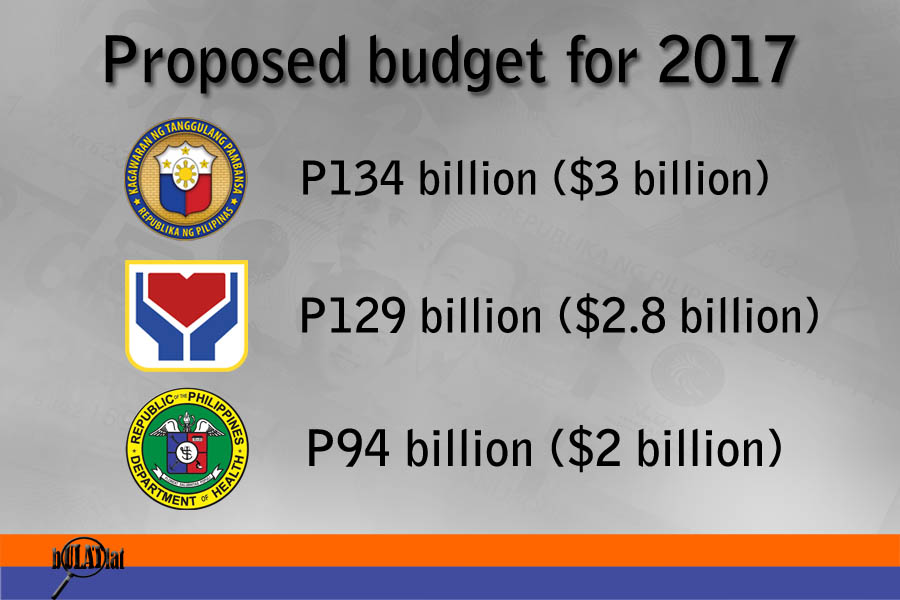 “We would like to see why DND is getting a bigger budget than that of the DSWD and DOH when we should be spending more on programs that care rather than kill,” Brosas said.