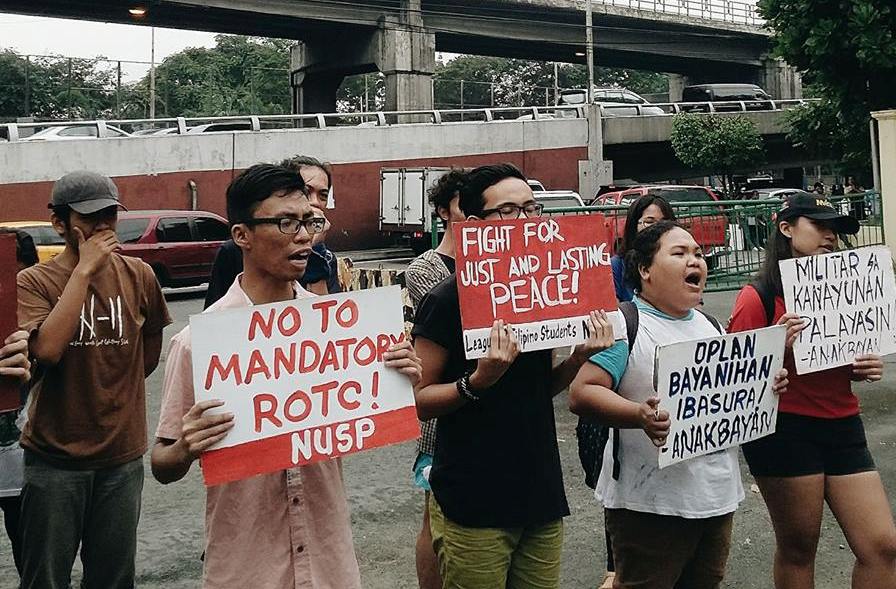 MANILA — Progressive youth group Anakbayan held a picket in front of the Armed Forces of the Philippines (AFP) General Headquarters in Camp Aguinaldo today, Nov. 15. They are opposing the proposals to revive the mandatory Reserved Officer Training Corps (ROTC).

Reviving the ROTC has been proposed again, this time under the administration of President Rodrigo Duterte. The Department of National Defense reportedly said they drafted a bill that will require all Grades 11 and 12 students to join the ROTC.

Anakbayan is a vocal critic of the proposal. It maintains that it will “only train the Filipino youth in the fascistic and human rights abusive ways of the AFP.” 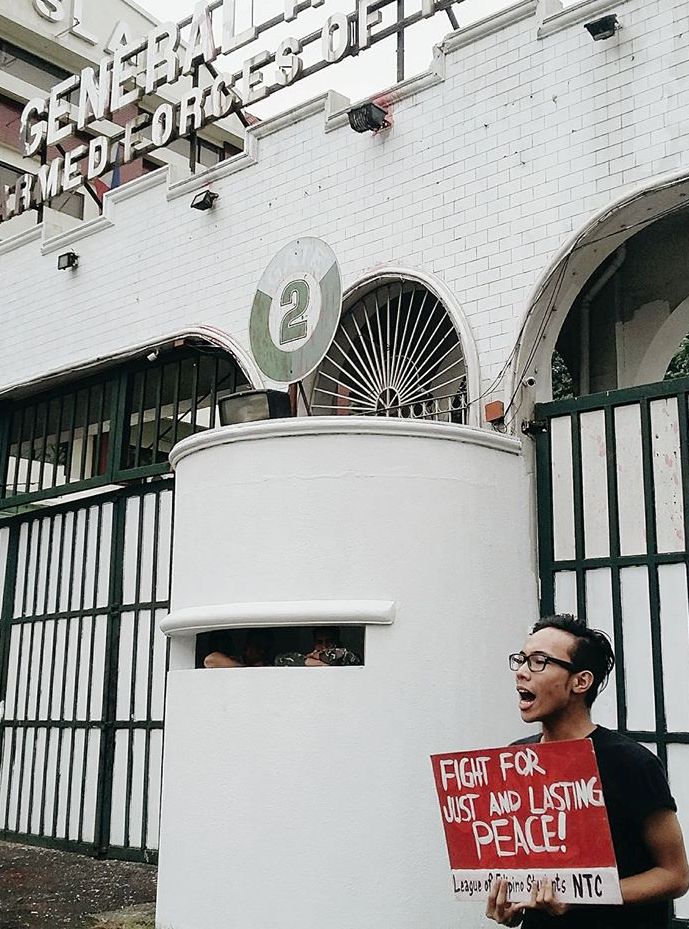 The group cited incidents of abuse under the implementation of ROTC. The most recent are the reports of abuses against the cadets at the Benguet State University (BSU) and the Pamantasan ng Lungsod ng Pasig (PLP).

A video that went viral in June this year also showed ROTC cadets of the University of Mindanao-Tagum being hit on their chest and stomach.

Vencer Crisostomo, the chairperson of Anakbayan, said that ROTC will not instill nationalism and discipline among the youth. Instead, it will only “indoctrinate and acculturate the youth to blind obedience to authorities, mindless violence, and sexual abuse.”

The mandatory ROTC was abolished in 2001 after the murder of the University of Sto. Tomas ROTC cadet Mark Welson Chua was met with strong protests by students.