Progressive youths to fight for ‘free public education at all levels’ 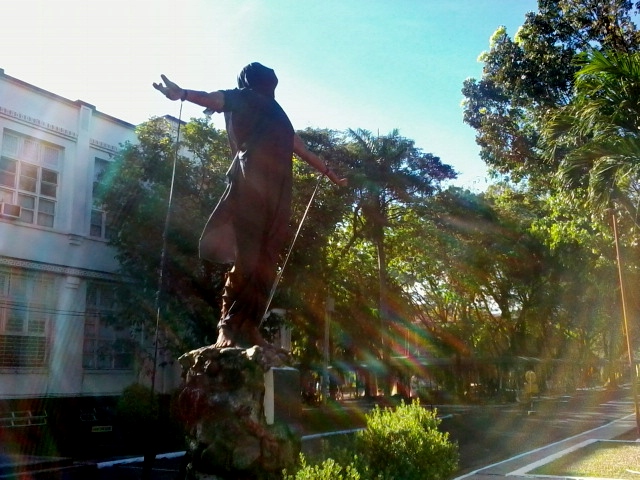 Will the increased education budget equate to free college for all? Youth groups vow to make it so.

MANILA — Almira Del Rosario, 19, a contractual employee at a clothing store, was among many youths who rejoiced over the news of tuition-free education in state universities and colleges (SUCs) starting this year.

Del Rosario finished high school in 2013, and wistfully, she said she should be graduating from college this year, if only she had the money for tuition and other fees. Del Rosario has been a working student since second year high school. She and her siblings were left to fend for themselves after their father married another woman, while their mother had abandoned them even much earlier.

“I wanted to go to college, but I had no financial support,” she told Bulatlat.

In December last year, President Rodrigo Duterte signed the General Appropriations Act of 2017, which allocated P8.3 billion ($170 million) for the Commission on Higher Education (Ched), enough to cover the tuition of at least 1.6 million students in state universities and colleges (SUCs).

Del Rosario now hopes to finally enroll and earn a degree in Psychology. She said she could then work as a guidance counselor, or other higher paying jobs. At present, she works as a saleslady in Muntinlupa.

“It is good that the government came out with this for the poor…Many dreams will now be fulfilled,” she said.

But will the increased budget actually mean the opening up of SUCs to college hopefuls like Del Rosario? Is tertiary education now really within reach of the poor?

Progressive youth and student groups welcomed the free college policy, but feared it might be diluted, and leave many poor students out in the cold. This year, they said, their campaign for free college will magnify the call for free public education in all levels.

Free tuition for all

For progressive youth groups, the free tuition policy should be implemented immediately in all SUCs, without conditions.

Special Provision no. 1 for SUCs in this year’s budget law, Republic Act 10924, says that “starting the first semester of school year 2017-2018, no tuition shall be collected from undergraduate students.”

But Kabataan Partylist Rep. Sarah Elago expressed concern that the spirit of the provision may be weakened by no less than the President.

In his message to Congress on Dec. 22, 2016, Duterte said that the provision “must give priority to financially disadvantaged but academically-able students.”

Elago said that although Duterte did not explicitly state that not all SUC students will be able to avail of free tuition, his message hints at limiting its coverage.

“Worse, we fear that the Ched and Department of Budget and Management will misinterpret the President’s message and issue guidelines that will exclude most SUC students from the free tuition policy,” she said.

The Ched is drafting the implementing guidelines for the said provision for academic year 2017-2018.

‘No to socialized tuition schemes’

Vencer Crisostomo, Anakbayan chairperson, said they are against socialized tuition schemes, which the new policy may lead to, instead of free tuition. He said the flaw in this scheme was proven in the University of the Philippines (UP) where the Socialized Tuition System (STS), formerly Socialized Tuition and Financial Assistance Program (STFAP), was implemented.

He said that the provision on “poor but deserving students” was used as an excuse to implement tuition increase and generate income, through the socialized tuition scheme. When STFAP was first implemented in 1989, tuition in UP was increased from P40 to P300 (81 cents to $6) per unit. The program was revised several times, effecting tuition increases, up to the current P1,500 ($30) per unit.

A student can apply for a “discount” that varies depending on the family income, which then becomes the basis for the tuition. A student who does not apply for a discount will pay the base tuition of P1,500 ($30) per unit.

Education should not be made into a business, and should be free, Crisostomo said. But the rising tuition in SUCs, even more so in private schools, makes education inaccessible for many income levels.

Poor students are the ones greatly affected by tuition increases, “to the point that there were some who decided to end their lives because they could no longer afford the tuition,” Crisostomo told Bulatlat in an interview.

Such was the case of Kristel Tejada, the 16-year-old UP Manila student who took her own life in 2013 after she was forced to go on leave for failing to pay her tuition.

Marjohara Tucay, national president of Kabataan Partylist, said many high and middle-income students who enter SUCs are the ones who can afford the tuition rates, which are not affordable for the poor.

“This is only a result of incessant tuition and other school fees increases even in SUCs, that effectively bar the poor access to public education,” Tucay said.

“The question is: how can we ensure that those who cannot enter will now be allowed to do so? Is it by continuing this system which imposes high tuition, or by making the tuition free?” he added.

Tucay said the P8.3 billion ($166 million) budget can cover the tuition of all undergraduate students this coming school year even if there is an influx of students in SUCs. He said under the budget expenditures, expenses and financing estimates of DBM for 2017, tuition collection in SUCs amounts to only P7.7 billion ($160 million). In case the funds are not enough, he said Congress can pass a supplemental budget.

Echoing their call, independent research group Ibon Foundation said, in a statement, that free tuition in higher education should be institutionalized by mandatorily earmarking funds for free tuition in SUCs.

Tucay, meanwhile, stressed that existing policies that allow education to become a business should be scrapped, such as the Education Act of 1982, which institutionalized the deregulation policy, and the Higher Education Modernization Act of 1997. These laws and similar guidelines allow schools — public or private – to rake in profits from students.

“This is the root cause why education in the Philippines has become highly unaffordable and highly inaccessible,” Tucay said.

The groups vowed to oppose any move by Ched and the Department of Budget and Management that will bar other students to avail of the free tuition, such as through implementing guidelines.

“If they will put other difficulties for students to avail of free tuition, then it will turn out to be just a scholarship program. It contradicts the law,” he said.

Del Rosario knows college will entail other expenses, but free tuition already takes a load off her back.

Youths like her will get a second chance as the new policy will open opportunities to the poorest of the poor, Elago said.

“It’s also a form of encouragement,” she said. But imposing stringent requirements in applying for socialized tuition and other forms of hindrance would only impede the poor who should be freely allowed to enter SUCs, she said.