Yearender 2016 | Labor sector yet to see the end of contractualization, cheap wage policy 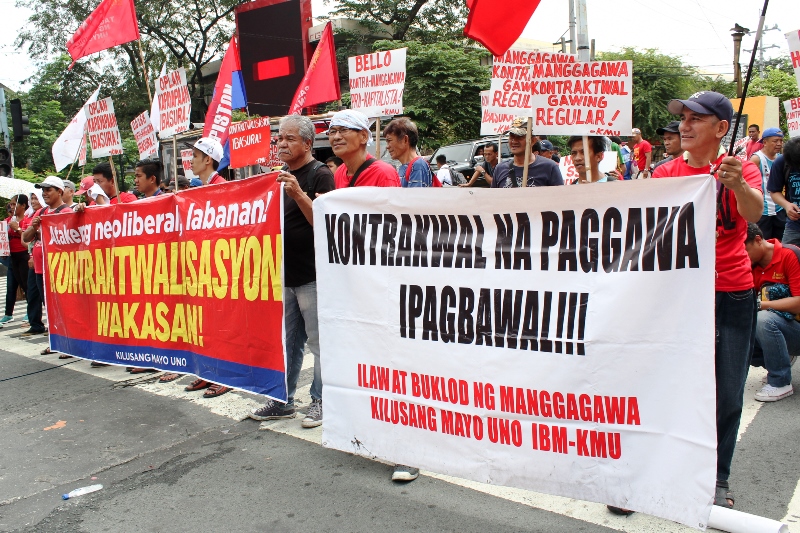 Change for the families of working people seems to be getting farther rather than nearer: 2017 began with government declarations of intention to raise various taxes and workers contributions such as oil excise tax, beverage tax, SSS, among others.

MANILA – Six months ago, Labor Secretary Silvestre Bello III got a warm welcome from progressive labor groups in the country. For the first time in decades, these groups marched to the national headquarters of the Department of Labor and Employment (DOLE) and expressed willingness to cooperate in forging policies toward ending contractualization.

A first for the Labor department, Bello greeted the workers picketing at their doorstep and even invited some of the leaders inside.

Another first was having a president who, unlike his predecessors, promised to put an end to contractualization. Until the May 2016 elections, contractualization has been the workers’ nightmare that the Labor Department and the president either denied or ignored. Whenever forced to face it, the government response had been consistent: put the heat on manpower agencies and less, if any, on the contracting principal.

But the furor over increasing contractualization is not just about illegal or fly-by-night contractors but about the government making it legal for establishments to contract out jobs essential to their businesses.

The start of the Duterte administration lent workers some optimism because for the first time, addressing their long-held demands to end contractualization seemed to be on the government agenda. From the start, too, Bello had clarified that the president was against those who would contractualize or put workers under ENDO (end of contract) just to avoid regularizing them.

Representatives of Kilusang Mayo Uno (KMU) brought to the office of Labor Secretary Bello last July a list of “concrete and doable proposals” to end contractualization. These they can easily do during the first 100 days of the Duterte administration, said Jerome Adonis, secretary-general of KMU.

Contractualization began in earnest in the Philippines in the 90s with establishments offering their regular and unionized employees early retirement packages or forcing them to accept retrenchments, but then replacing them with contractual workers. In the last two decades, it became a prevalent practice for most establishments including the most profitable to employ more contractual workers than regular workers. A component of neoliberal policies, the setup made it easier for them to hire and fire workers. It also helps them cut costs because, as labor leaders shared during the Labor Dialogue and later during the Labor Summit hosted by Bello last October, contractuals are paid lower than regular workers, and they cannot form unions. Meanwhile, the unions in these establishments (if they survived the retrenchments) are much weakened.

Many workers’ groups now estimate that contractuals vastly outnumber the regulars in bigger establishments. In fact, numerous cases showed that the contractuals can go as high as ninety percent of the workforce. Tanduay Distillers, Philippine Airlines, PLDT, SM, Dole Philippines, electronics firm NXP in Cabuyao, Asahi Glass Philippines are just some of the examples. Contractualization is also being implemented in the banking and financial sector, hospitals, schools and universities, transport firms such as the LRT and MRT, and in the government offices.

Unfortunately, up to the start of 2017, Filipino workers have not yet benefited from any meaningful reform in their job conditions. Despite the promises of President Duterte and the labor groups’ efforts to provide the Labor Department with suggestions at ending contractualization, no policy banning contractualization came out of the Labor Department. On the contrary, the order it eventually issued last December 28, DO 168, was originally crafted by employers’ groups.

Labor groups opposed the DO 168 on the grounds that it would not stop but even worsen contractualization. Workers’ groups protested it when it was still being promoted as a “win-win proposal.” When it became DO 168, the KMU blasted Labor Secretary Bello as “manloloko” (liar). They stopped attending the Labor department’s latest call for a conference with workers’ organizations.

“Secretary Bello has failed to deliver President Duterte’s promise to heed our demand to end contractualization. He has rejected the labor sector’s demand to end all forms of contractual employment and instead sided with big businesses and labor contractors in legitimizing labor contracting through his DO 168,” Elmer “Ka Bong” Labog, KMU chairperson, said during a picket in front of the DOLE last week.

The labor group believes Bello is biased and copied more of the policy proposals beneficial to big businesses and labor contractors such as the Employers’ Confederation of the Philippines (ECOP) and the Philippine Association of Local Service Contractors (PALSCON). 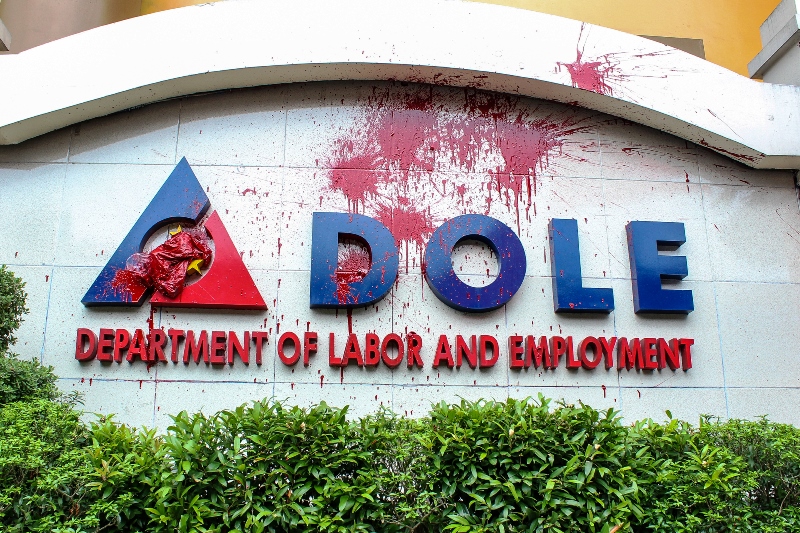 After protesting DO 168 at the Labor department, the workers marched to Mendiola last week and called on President Duterte to take decisive action toward fulfilling his promise of ending contractualization.

Given that contractualization continues to lower workers’ wages and benefits, it did not help that the Duterte administration also does not seem to prioritize the long-standing wage hike demands. On top of this, the people continue to be at the mercy of rising prices, taxes and fees.

The prices and rates of transport, power, water, telecommunication, education, health services, basic foodstuff and medicines are all still controlled by monopolies, while the workers’ wages hardly increased.

Change for the families of working people seems to be getting farther rather than nearer as 2017 started with government declarations of its intention to raise various taxes and workers contributions such as the oil excise tax, beverage tax, SSS contributions, among others.

Toward change, “It is high time that President Duterte take decisive steps in fulfilling his promises,” Labog said in their first protest action at the foot of Mendiola Bridge on the first week of January. They called on all workers to support or join the mass actions to make the promised ‘change is coming’ possible and true.