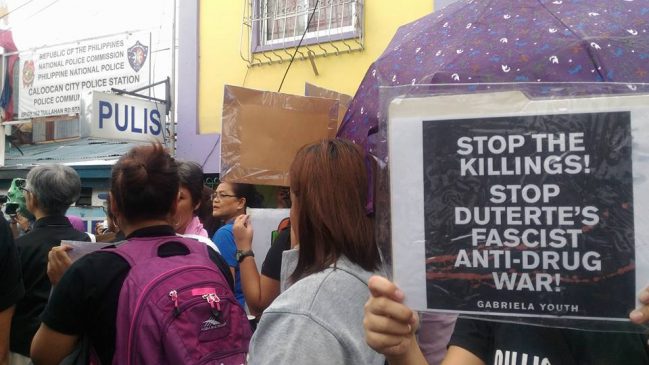 MANILA – Different groups today, Aug. 21, joined the “Walk for Justice” in Caloocan City to demand police accountability in the killing of a minor and for all victims of President Duterte’s War on Drugs.

Groups led by the Stop the Killings Network and Rise Up for Life and Rights gathered in the village 160, the community of Kian Loyd Delos Santos, the 17-year-old Grade 11 student killed by a team of Caloocan City police last week, Aug. 16. 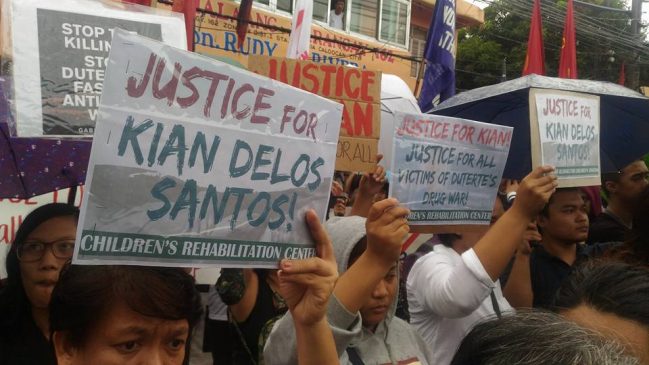 The groups assembled at Quiteria Church in Caloocan City and walked to the crime scene where they lit candles for Delos Santos. They visited his wake afterwards.

Delos Santos’ death has sparked outrage from different groups and sectors as police claims that the minor fired at the policemen contradicted the closed-circuit television (CCTV) footages. There has also been a spike in the drug-related killings last week. 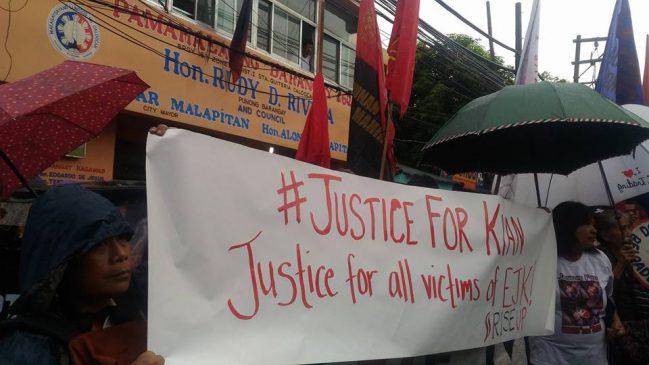 Kabataan Partylist and other youth groups are among those who joined the protest.

Kabataan Partylist Rep. Sarah Elago strongly condemned the killing of Delos Santos. She said there are at least 31 other victims age 18 years old or younger, contrary to a statement by Presidential spokesman Ernesto Abella that Delos Santos’ case was “isolated.”

The solon also expressed concern over the implementation of mandatory drug testing on students by the Department of Education and Commission on Higher Education. 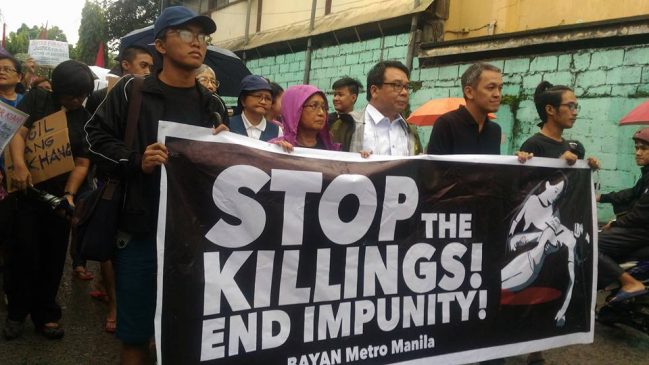 “With this and many other unfortunate, tragic incidents, we have no reason to believe that the mandatory drug testing in senior high school and college will not lead to another extra-judicial killing. DepEd and Ched must stop this or else blood would be on their hands,” Elago said in a statement.