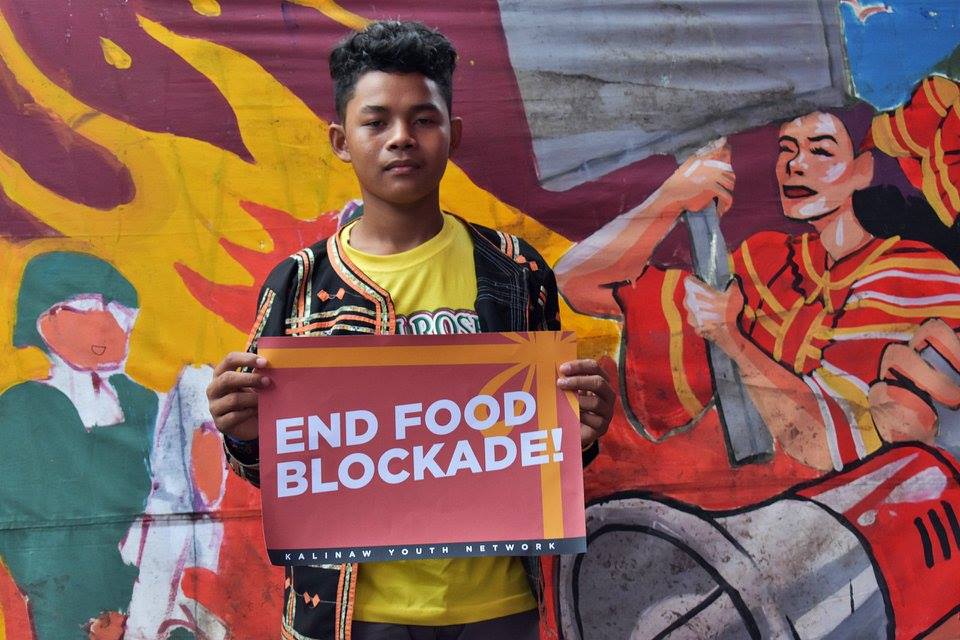 MANILA — Christmas is just around the corner and in the spirit of giving, students from different schools in Metro Manila came together on Dec. 20 to bring Christmas cheer for more than 100 Lumad children who are staying at the UP Diliman Stud Farm in Quezon City. 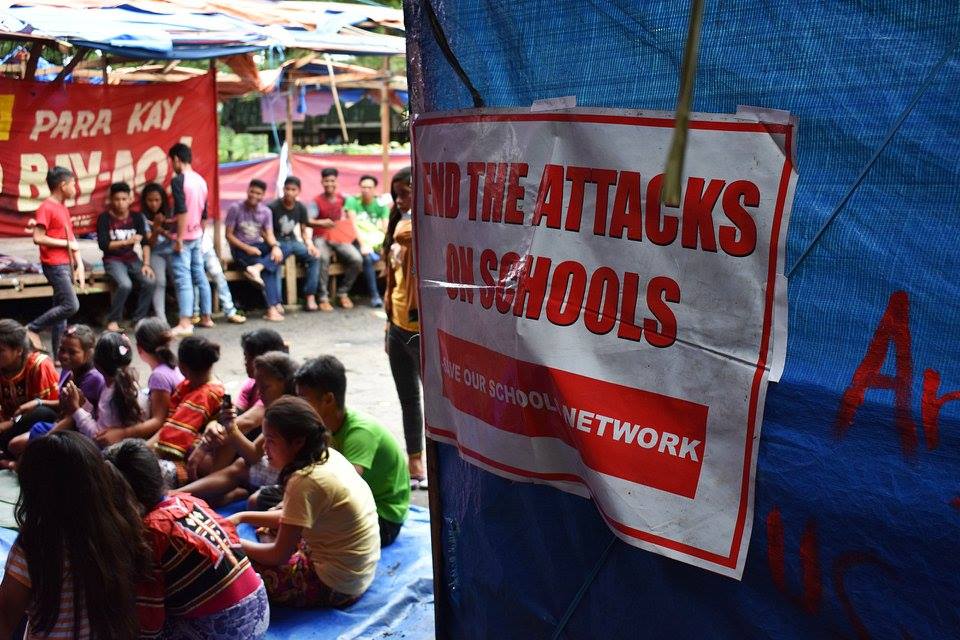 The Lumad children have been in the capital since July after President Duterte imposed martial law in the whole Mindanao island last May. Many of them are bakwits (evacuees) from militarized communities. 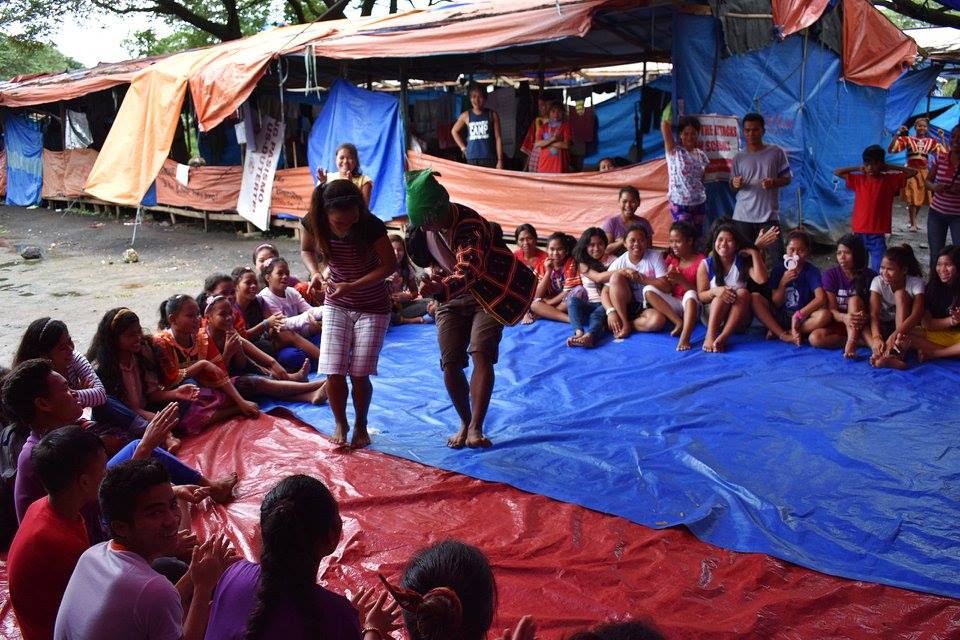 The Paskuhang Bakwit was a kick-off of the Metro Manila-based students’ call to “bring the Lumad home.” In a statement, Bridgette Quinto, Manila Youth Act Now president, said there will be a similar gift-giving event on summer vacation next year which will include even more youth groups.

“We have gathered here today to live the spirit of Christmas—giving the gift of solidarity and unity in action,” said Quinto during the protest action before the program proper. 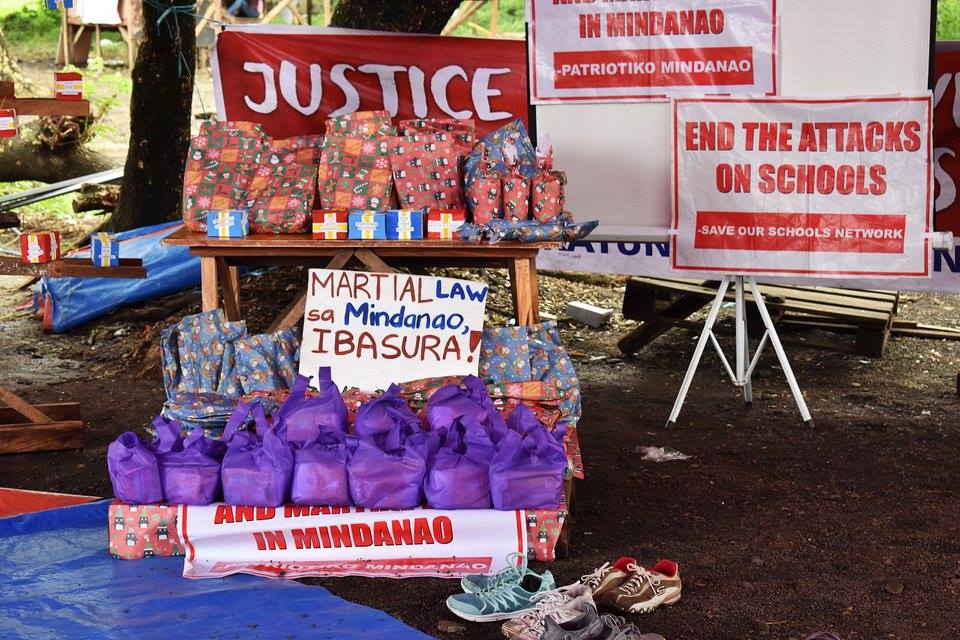 Quinto said since martial law was declared in Mindanao there are at least 90 cases of extrajudicial killings, 430 cases of trumped up charges, and forcible evacuation of thousands of Lumad and Moro communities that have been reported.

“Martial Law in Mindanao has brought nothing but terror for the people in the countryside, and now that its implementation has been extended until the end of 2018, the Lumad have nothing to hold on to but their struggle for land and life,” Quinto said. 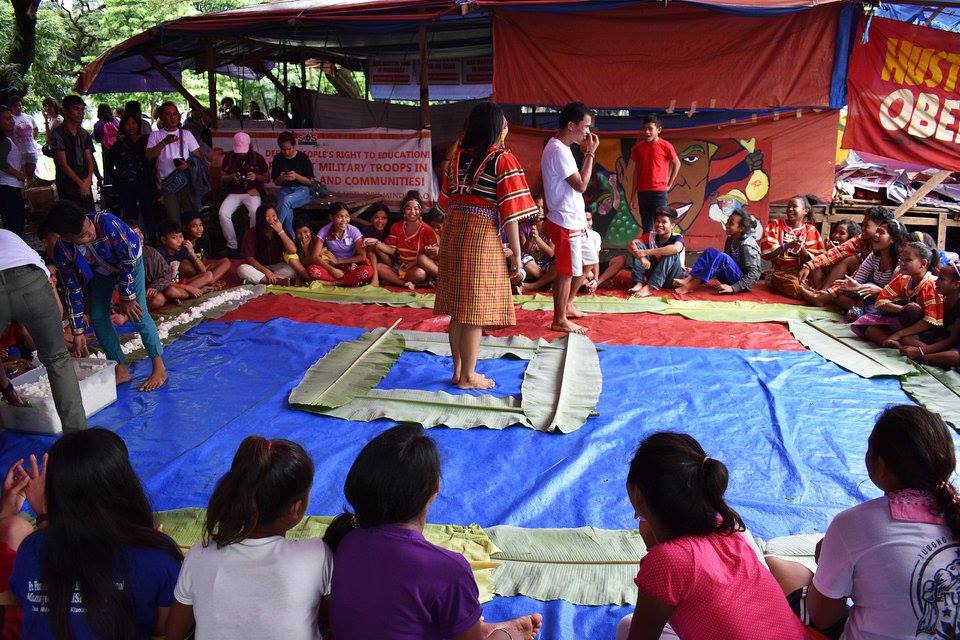 More than 40 organizations from high schools and universities across Metro Manila participated in Paskuhang Bakwit.

“Christmas is a season of love, and we are calling out to the youth all over the country to give love to our fellow Filipinos by being one with the fight for their rights and welfare,” Quinto said.