You Are Here: Home → 2018 → November → 29 → Talaingod police charges Castro, Ocampo, others with kidnapping

In an alert, human rights group Karapatan-Southern Mindanao Region said the 19 were illegally arrested and are being arbitrarily detained for nearly 18 hours already on malicious charges of kidnapping and human trafficking. 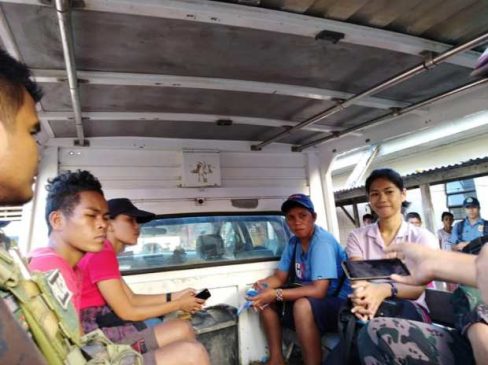 Members of the ongoing National Humanitarian Mission that included Castro and Ocampo rushed to Talaingod Wednesday night to bring food and other aid to Lumad civilians and students of the Salugpongan Ta Tano Igkanugon Community Learning Center in Sitio Sinilaban, Barangay Palma Gil.

Before reaching the community, however, they learned that members of the notorious Alamara paramilitary group under the command of the 56th Infantry Battalion of the Philippine Army forcibly closed the school and harassed students and teachers.

This forced the community to trek to Barangay Sto. Niño but were blocked by a combined army and police force.

On their way to meet the evacuees last night, vehicles used by mission delegates were hit with stones and their tires were punctured by spikes placed on the road.

At about 9:30 last night, the evacuees and mission members were taken to the police station in the area where they were detained. 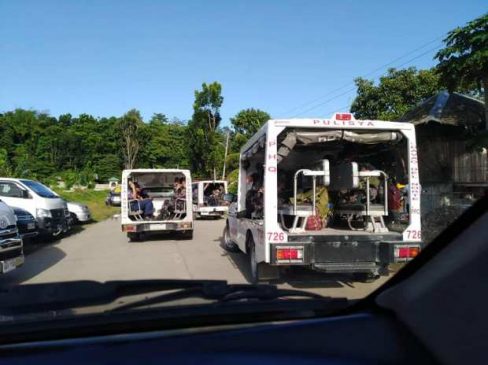 Castro said they tried lodging complaints with the police but were told they themselves were subjects of investigation.

Earlier today, the police informed the group they are being charged with kidnapping and human trafficking.

The police took the 19 to Kapalong District Hospital for a medical check-up prior to being subjected to inquest proceedings at the Tagum Prosecutor’s Office this afternoon.

“Ocampo and Castro are being threatened with fabricated charges of human trafficking, when they and other mission delegates were there to provide support and aid to Lumad residents, including children, who are facing daily threats and harassment from the military in the community,” Palabay said.

Karapatan demanded the immediate release of members of the mission and the Lumad students and teachers. Reposted by