Malayao family: ‘How could they tell such lies against Randy?’ 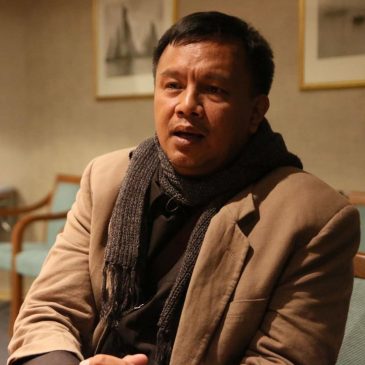 SAN PABLO, Isabela—Randy Malayao’s family expressed sadness over allegations made by the Philippine National Police (PNP) that the National Democratic Front of the Philippines (NDFP) peace consultant mismanaged funds that may have led to his assassination.

“The family is hurt. They are victimizing our brother even after he was killed,” Malayao’s elder sister Perla said.

Perla recalled that Randy never even had clothes that perfectly fit him, revealing that the victim did not like buying things for himself, using monies given him by friends and family on other people’s welfare.

“How could they tell such lies about Randy like that when he chose to be like the poor he chose to dedicate his life to despite his obvious brilliance, education and connections?” Perla asked.

Perla said no one knew their youngest sibling better than them, saying Randy was too good a person to have misbehaved as the police alleged.

The PNP in Region 2 alleged that Malayao may have been killed by his comrades in the revolutionary movement for misusing funds and running off with a woman.

The PNP did not offer proof to back up its allegations.

Malayao was also single at the time of his death.

Meanwhile, the 5th Infantry Division based in Gamu, Isabela through its spokesperson Maj. Jefferson Somera denied it had a hand in the PNP allegation being circulated by its spokesperson Supt. Chevalier Iringan.

Malayao’s elder brother Isidro said they are constantly surprised by the stories told to them by people who visit the victim’s wake in their ancestral home in this town.

“It is only now that we learned that Randy helped more people that we ever knew,” Isidro said.

“We see total strangers crying before Randy’s casket, thanking our brother for his help,” he added.

“They tell us that Randy did not ask for a single centavo for all his troubles,” Isidro said.

A beneficiary whose father was killed and burned by Philippine Constabulary troopers in the late 70s confirmed that Malayao never asked for money from her even after her family received Php1.7 million with his help.

“Nasimpet ket nalaing ni Manong Randy,” she said in Ilocano, adding she never met the victim before they asked for his help with the Human Rights Victims’ Claims Board (HRVCB) led by retired police general Lina Sarmiento. (Randy was kind and brilliant.)

The beneficiary, who asked not to be named, said she could not think of any reason why Malayao was killed except that he was Leftist.

She added that she no longer supports President Rodrigo Duterte after Malayao’s murder.

Meanwhile, progressive groups in Cagayan Valley announced they will be holding an indignation rally around Tuguegarao City on Wednesday, January 6.

The rally will end in front of PNP Region 2’s Camp Marcelo Adduru to denounce the police’s “vilification campaign” against Malayao.

They will hold another indignation rally in Tuguegarao on Thursday, January 7, before proceeding to this town to join the funeral march for Malayao. Reposted by