Measles Epidemic: The Real Cause of Deaths

The concomitant and worsening assaults (including extrajudicial killings) on fundamental human rights have subjected marginalized people to extreme physical, biological, psychological and social stress and have repeatedly been forced to be displaced from their land, homes, crops and other means of survival. Under these circumstances, infectious disease epidemics, like measles, and other serious health problems are bound to arise and worsen.

The real underlying cause of deaths in the measles epidemic is the dysfunctional health care system brought about by chronic socio-economic underdevelopment characteristic of a semi-feudal and semi-colonial society, not the loss of vaccine confidence due to the “Dengvaxia scare”. Corporate hijacking of the health care system with the complicity of government, international institutions, mainstream medicine and various cohorts deprived the people of their right to health. Profit became the primary driving factor in addressing a public health problem, not public welfare as some health professionals still want to believe. Deregulation, privatization and liberalization, the hallmarks of corporate globalization, have practically wiped-out whatever remaining affordable basic needs and social services, especially health services, are available to the majority of the population. Worse, under the guise of economic development, big business juggernaut in mining, plantations, coal, dams and other environmentally destructive and socially disruptive mega-projects have devastated community-empowering and truly sustainable, poverty alleviating, health promoting and climate resilient initiatives. The concomitant and worsening assaults (including extrajudicial killings) on fundamental human rights have subjected marginalized people to extreme physical, biological, psychological and social stress and have repeatedly been forced to be displaced from their land, homes, crops and other means of survival. Under these circumstances, infectious disease epidemics, like measles, and other serious health problems are bound to arise and worsen. 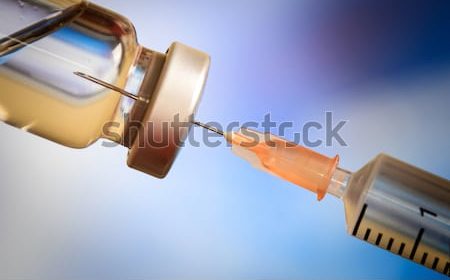 Failure to understand the true nature and underlying cause of the problem leads to erroneous and misguided response, especially if vested interests come into play. Thus, the government, international institutions (e.g. WHO), mainstream medicine and many others immediately conclude that it was loss of confidence in vaccines due to irrational Dengvaxia scare and therefore the solution is providing more vaccines and exonerating the Dengvaxia vaccine. This short-sighted solution fits quite well with the interests of Big Pharma and their cohorts. If one looks carefully into the history of measles and similar infectious diseases and their corresponding vaccines, one would discover that vaccines are not quite the magic bullets that they are purported to be. Even before vaccines were introduced, deaths due to measles and similar diseases, have dropped drastically (estimated to be more than 90% decrease in mortality rates (1). Yet vaccination is taking the credit for the decline of many diseases, when scientific evidence show that the natural pattern for the diseases is decline in numbers and severity anyway. When the first measles vaccine was introduced in 1963, government officials and proponents of the vaccine assured the public that the vaccine would provide lifelong immunity and was without serious adverse effects. They further claimed that if enough percentage of the target population were immunized, all will be protected because of “herd immunity”. Official data in 1966 then showed that the morbidity incidence of measles have drastically dropped to 95%, claiming huge success of the vaccine. However, the official data was discovered later to be not credible. It turned out that the reason for the huge drop in measles morbidity rate was because many children who were vaccinated and later exhibited rash symptoms with high fever were not diagnosed as having measles because of the strong belief that if the child was vaccinated, then it could not be measles because the immunity was supposed to be lifetime (2). A prominent naturopath offered an explanation: “By calling the disease something else they are protecting their belief system, and the integrity of the theories around which they have built their actions, such as vaccination … All this is done to protect a system, and to help to save the public from having doubt as to the efficacy of methods”(3). Another scientist revealed that the vaccine gave rise to a more serious form of measles. “It is less well known to the general public that vaccinated children started developing an especially vicious form of measles, due to the altered host immune response caused by the deleterious effect of the measles vaccines. It resisted all orthodox treatment and carried a high mortality rate. It has become known as atypical measles”(4).

In the US, and much of the international community, despite repeated failure to realize the declared target of eliminating measles and repeated adjustment of vaccination coverage (68%-95%) to achieve the so-called “herd immunity”, and despite mounting evidence of serious adverse effects, the dominant reductionist paradigm of “safe” vaccine as a magic bullet to eliminate an infectious disease persisted and anyone who challenged that paradigm was immediately vilified and punished . 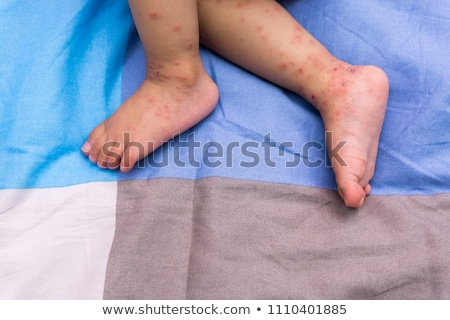 The fact that vaccination does not confer lifetime immunity has been officially recognized but the solution was to give the vaccine repeatedly rather than explore other options of strengthening the immune system and improving the over-all health status of population groups through non-invasive, non-disruptive wholistic approaches. There is still a pachydermatous adherence to the flawed belief that vaccines are “safe” and without serious adverse effects, despite contrary scientific evidence.  Some scientists and concerned medical doctors and health professionals have in fact questioned the efficacy of several vaccines and have warned repeatedly on the significant risks associated with vaccination. In fact, numerous studies support these allegations of questionable efficacy, safety and unacceptable risks(5,6,7,8,9). Despite the fact that vaccines do stimulate the production of specific antibodies, vaccines may in fact be destroying the coordinated and total immune system response to an infection, contrary to what has been claimed that vaccines strengthen the immune system. Several published scientific studies have shown the adverse effects of various types of vaccines on the immune system of vaccinated individuals, especially infants and children(10,11,12,13). It has been demonstrated in laboratory studies, for example, that a vaccine can weaken or disrupt the immune system and this finding has been corroborated by clinical studies that showed an increase in the incidence of serious illnesses following vaccination of children(14,15,16). Many of these illnesses, such as various autoimmunity disorders, are not readily recognized and may manifest only much later and by then, the vaccine may not even be suspected as a causative factor. Furthermore, the inherent danger of injecting microbial protein fragments, DNA and other foreign materials into the human body, especially in children, is well documented in the scientific literature(17,18,7,8). All vaccines, contain such hazardous foreign fragments and materials. Just recently, more vaccine contaminants including heavy metal nano-particulates and others not previously known  have been discovered in MMR vaccine and 43 other vaccines investigated(19). Rigorous safety assessment, including adequate, double-blind, randomized, and true placebo-controlled clinical trials and an honest-to-goodness risk-benefit assessment, have never been done by the manufacturers or supposedly reputable institutions recommending the vaccines. Safety has always been based on flawed assumptions and corporate science, not on real science.

Official bodies, Big Pharma, mainstream medicine and cohorts tenaciously cling to the reductionist concept of eradicating an infectious disease with vaccines and even resort to fraud and unjust vilification of  few doctors and scientists who ask legitimate questions on the efficacy and safety of certain vaccines. An illustrative example is the US Center for Disease Control (CDC)/Institute of Medicine (IOM) assessment of studies looking into the association of MMR vaccine and autism(15). Among several studies available in the scientific literature relevant to the issue of MMR vaccine and autism, only 22 studies were selected to evaluate the risk of autism after the administration of MMR vaccine. Of the 22, only five were deemed qualified to contribute to the weight of evidence assessment and in all of these five “qualified” studies, the conclusion was that there was no evidence to show that MMR vaccine was associated with autism. The committee then concluded that “The evidence favors rejection of a causal relationship between MMR vaccine and autism”. A closer scrutiny of the five “qualified” studies, however, reveals that all studies are stacked with authors with serious conflicts of interest and some are of questionable integrity. One senior author, who was an overseer of US Center for Disease Control-funded studies showing no evidence of MMR vaccine and autism connection, was accused of fraud and data manipulation and was criminally indicted in the US. In a related development, a CDC senior scientist revealed that the CDC manipulated results of a key study to show non-correlation between autism and MMR vaccine in Africa-Americans when in fact the opposite is true(20). The CDC, the WHO, mainstream medicine and Big Pharma continue to vigorously deny scientific evidence that points to the probable contribution of vaccines to the increasing incidence of neurodevelopmental disorders. Independent and reputable scientists who happen to just give a hint of this probable connection and who question the safety and efficacy of vaccines are unjustly vilified and persecuted.

The credibility of the CDC, WHO, public health authorities and mainstream health professionals have been seriously eroded because of corporatization, conflicts of interests, dishonesty, corruption and misrepresentation. People have good reasons to be wary of vaccines. Scare tactics and authoritarian intimidation with exaggerated claims of more deaths if they refuse vaccination will not help. Too much reliance on vaccines to address infectious diseases is not congruent with the current body of scientific knowledge about the immune system, microbial ecology and the intimate relationship of humans with the environment. It is time to rethink the reductionist, corporate driven vaccination dogma.

Parent Should Know). Cited in: https://thevaccinereaction.org/2016/04/the-story-of-measles-sharp-decline-2/.

Dr. Romeo Quijano is a toxocologist and a retired professor of the UP Manila College of Medicine Dept of Pharmacology and Toxicology.