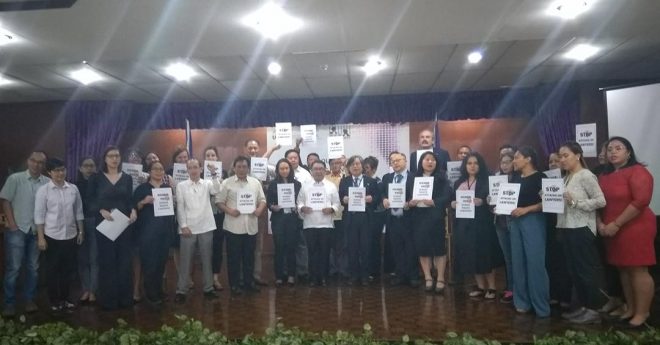 “Labeling, discrediting, threatening, and attacking lawyers are against the basic principles of lawyering, the State’s duty to protect them and the delivery of justice.”

MANILA – Prominent Filipino and foreign lawyers have issued a statement throwing their support behind the National Union of Peoples’ Lawyers (NUPL) amid what they called as “heightening attacks.”

Members of the NUPL, an organization of pro bono lawyers taking up cases of the poor and marginalized sectors, have been the subject of different forms of attacks ranging from red tagging, surveillance, harassment, trumped-up charges to physical violence and killings.

Several Filipino and foreign lawyers defended the NUPL, saying, “[T]heir track record of character, competence, and courage is beyond question. Their passion and the advocacies they pursue against all odds give their poor, persecuted and powerless clientele hope.”

Recently, the NUPL has been linked to several media organizations in a matrix released by Malacañang supposedly plotting the ouster of President Rodrigo Duterte.

The lawyers said the red tagging of NUPL is contrary to basic rules of evidence, due process and fairplay. “Dissent and criticism are an exercise of democratic rights. Political harassment undermines the rule of law and substitutes it with the law of rulers,” the statement read.

“Labeling, discrediting, threatening, and attacking lawyers are against the basic principles of lawyering, the State’s duty to protect them and the delivery of justice,” read the solidarity statement. “More importantly, these attacks beg the fundamental question of whether there are valid reasons to dissent, criticize and advocate change and how to address them for the people’s benefit.

NUPL’s colleagues vowed to cooperate and collaborate in all fora to hold accountable those responsible for the attacks.

The NUPL filed a petition for writ of amparo and writ of habeas data last April 15 seeking protection from the high court.