A mother’s day message from prison

“A mother like me could not ask for more.”

On Sunday, Mothers’ Day, just like past Mothers’ Day remembrance, it will be special for Rowena V. Rosales, 47 years old, mother of two. Her children, Kalayaan, 26 and Karlito, 16, will bring her favorite chocolates, a gift, flowers, and their dedication letters. There will be snuggling and giggling as they eat together and share tales and anecdotes of how the children gave their mother wrinkles and lines, or how they made her smile during their childhood.
Special, but not the same as they used to. For this Mothers’ Day, Rowena and her children will be celebrating this occasion at the Metro Manila District Jail (MMDJ) Annex 3 in Camp Bagong Diwa, Taguig City, where she is currently detained as a political prisoner.

In a letter to her children, Rowena expressed her joy on how her children turned out to be – strong and steadfast, independent yet compassionate to others:

“I must have been a good mother because they say the true measure of being a good one is how your children have become, and how they survive in the bigger world without you at their side. These past few months, you two have been in the worst possible time of your lives. Yet, you both endured.”

The Rosales couple (Rowena and husband Oliver) are on their ninth month in jail, rendering their children virtually orphans. The couple was arrested and detained in August 2018, on fabricated charges of illegal possession of firearms and explosives. Rowena is also facing charges of arson, syndicated arson, and multiple attempted murder in Agusan del Norte, where she has yet to set foot on. 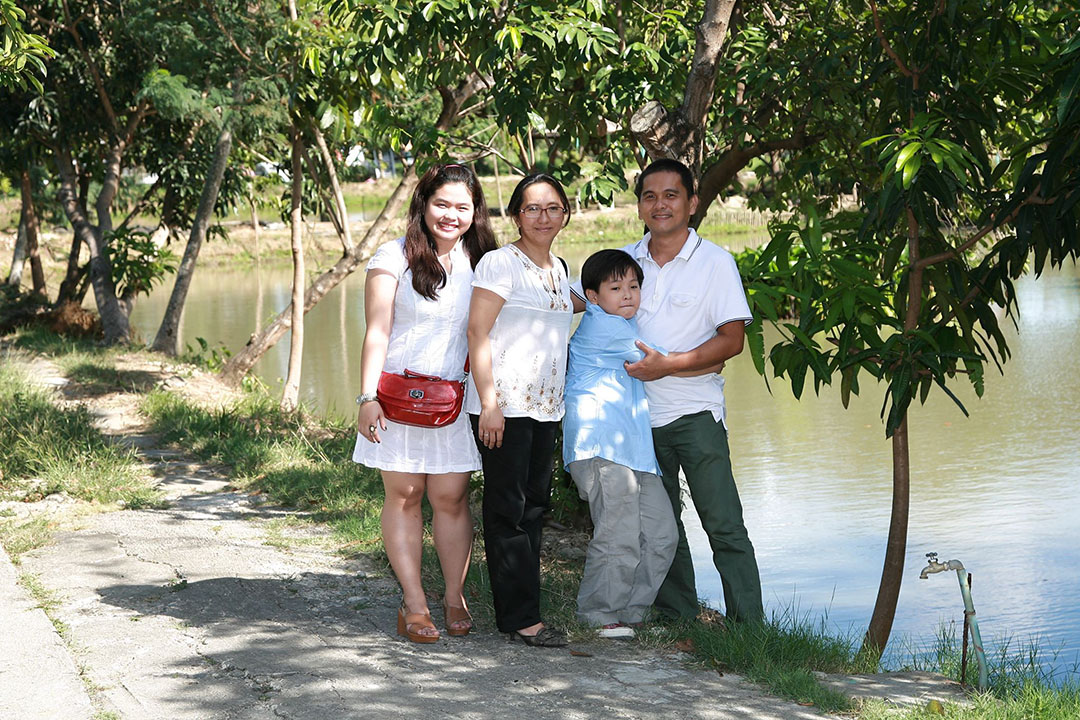 In a letter to her daughter, Rowena wrote:

Kalayaan, I knew how worried you were when we went missing that fateful night. As you said, you had butterflies and so much more in your stomach because you sensed something was wrong. Not giving in to panic, you summoned all your courage and decided to look for us. But before doing so, you prepared supper for your brother and made sure he was safe and okay before leaving. When you finally confirmed what you’ve been suspecting all along, you called our lawyers and friends, and methodically followed the instructions I gave you on what to do during emergency situations.

I’m sorry you have to take on our responsibilities. I know we did not prepare you for this – your parents in jail and you becoming a solo parent to Karlito. You became our family’s breadwinner and even the foremost campaigner for our freedom. However, please do not forget to live your own life. Your world did not stop because we are in jail. Someday, you too will become a mother like me and seeing how great you have been to your brother, I know you will be a great mom too. There’s no doubt that my future grandchildren will be as proud as I am of you. As your father has said, the looks and charm you got from him, but the courage and calmness amid tensions, you got from me.”

In a separate letter to Karlito, Rowena became more emotional, expressing her concern for her youngest child, her bunso:

Karlito, I know even without you telling me how much you missed your Mama, Nanay or even Rowena to you at times (when you’re angry or feeling playful). You don’t have to cry in front of me to let me know how painful it is that your mom and your father are both in jail. When you were still a child, you’ve been asking me why I can’t be like other ordinary moms, similar to the mothers of your classmates – they work 8am to 5pm, see their children off to school, attend PTA meetings, etc. I know now you understand why I’m not ordinary like them. It was even you who said I must have been a superwoman or Darna for doing all the things I did for the people while taking care of our family.

To you, I am just the OC mama who keeps re-arranging our furniture; your playmate who marveled at your toys, especially those we found at ukay-ukay; your lactose-intolerant mom who keeps on sharing your ice cream and chocolates; and your super sweet doting mom who insists on hugging and kissing, regardless of your age and me embarrassing you in front of your classmates.

Sometimes, I forget how you’ve grown. To me, you’re still my bunso even though you have given me the free flowers from the Buy 1, Take 1 promo and I still don’t know who you bought the flowers for. What happened to us made you stronger and matured as your ate would attest. I am proud of you. I love you both.”

This Mothers’ Day Sunday, Rowena and her children would celebrate this special day even if it is not the same Mothers’ Day remembrance that they’re used to. As Rowena puts it: “a mother like me, with children like you, could not ask for more.”

* The author is the former Chief-of-Staff of COURAGE (Confederation for Unity, Recognition, and Advancement of Government Employees), a government employees’ group. She is currently detained along with other women political prisoners at the Metro Manila District Jail (MMDJ) Annex 3, at Camp Bagong Diwa. The Rosales couple was on their way home after buying food for their children when they were arrested and slapped with trumped-up charges by operatives of the Criminal Investigation and Detection Group – NCR in August 2018.