You Are Here: Home → 2020 → April → 18 → Groups warn of possible increase in violence against women, children amid lockdown

Groups warn of possible increase in violence against women, children amid lockdown 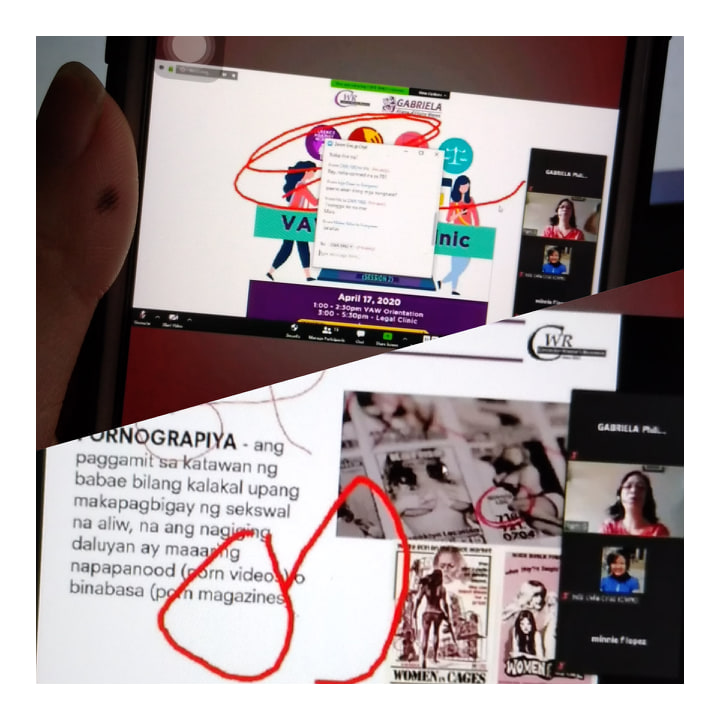 MANILA – Various groups have warned of possible increase of online violence against women and children amid the extended lockdown against the COVID-19 pandemic.

Just yesterday, April 17, trolls hijacked a webinar on violence against women and children, showing doodles of penis and playing an audio from what appeared to be from a pornographic video. The webinar was conducted via teleconferencing app Zoom.

Human rights lawyer and women’s rights advocate Minerva Lopez, in a Facebook post, described it as yet another “act of cowardice.” Lopez, counsel of Gabriela, said “the perpetrators of this cyber attack only exposed how low, desperate and deplorable they have become.”

Lopez was among the participants in the said Zoom webinar.

The practice of zoombombing, or trolls hijacking Zoom conferences, is just among the increasing vulnerabilities of women and children as they turn to online apps to contact friends, colleagues, and to work from home.

The United Nations, in its earlier statement, said children are particularly vulnerable if there is “increased and unstructured time online” which may expose them to “potentially harmful and violent content as well as greater risk of cyberbullying.”

“Governments must uphold the human rights of women and children and come up with urgent measures to the victims of such violence,” Bishop Reuel Marigza, general secretary of the National Council of Churches in the Philippines (NCCP), said.

The UN urged governments, parents, and social media companies to protect the children. Guterres said leaders must “cushion the impact of the pandemic” especially on children.

“What started as a public health emergency has snowballed into a formidable test for the global promise to leave no one behind,” he added.

Domestic violence, too, may increase

Offline violence, too, may increase as both the lockdown and global recessions may increase the levels of family stress, which puts women and children at risk to domestic violence and abuse, according to United Nations Secretary General António Guterres.

“With schools closed, an important early warning mechanism is missing,” he said.

NCCP Vice Chairperson Gay Manodon, for her part, said a home “can be a place of abuse and danger especially in cases of isolation.”

In a statement, the NCCP said they are receiving reports of gender-based violence, with testimonies of women who have been “harassed by men in uniform in checkpoints.” Members of LGBT group were also forced to kiss each other and perform a “sexy dance” as a form of punishment for supposedly breaking the curfew hours, the NCCP added.

Other forms of human rights violations – particularly of their social and economic rights – must also be looked into. The United Nations said the reduced household income will force poor families to cut back on health and food expenses, which will particularly affect children, pregnant women, and lactating mothers.

Child rights group Salinlahi said the prolonged lockdown exacerbates the already poverty-stricken conditions of many Filipino children, adding that they find it disappointing that they have yet to see “any substantial progress” a month after the implementation of the enchanced community quarantine in Metro Manila and the whole of Luzon.

Children’s lives are also upended, especially since millions are currently out of school, said the United Nations. While some are offering distance learning, the UN said those in countries with slow and expensive internet services are “severely disadvantaged.”

Guterres also expressed concerns on the suspension of polio and measles vaccination campaigns globally. In the Philippines, where a measles outbreak took place around the same time last year, the health department said immunization campaign is still on despite the COVID-19 pandemic.

Meanwhile, the global non-profit Save the Children urged governments, charitable institutions, and individuals to stop the distribution of infant formula milk as the pandemic rages on.

Breastfeeding, the group said, must be encouraged during a pandemic as it strengthens the immune system of babies, protect children from respiratory and gastrointestinal illnesses, prevent malnutrition, and ensure bonding between the mother and her baby.

With risks of increased domestic and gender-based violence among women and children, Guterres said in a separate statement that judicial systems against abusers must still be in place amid a pandemic.

Shelters, too, must be provided to victims of abuses, he added.

As such, Guterres said the are recommending that governments must prioritize education for all children and the provision of economic assistance to low-income families. In the Philippines, social amelioration programs are not just slow but also way below the number of families who should be able to receive due financial assistance. 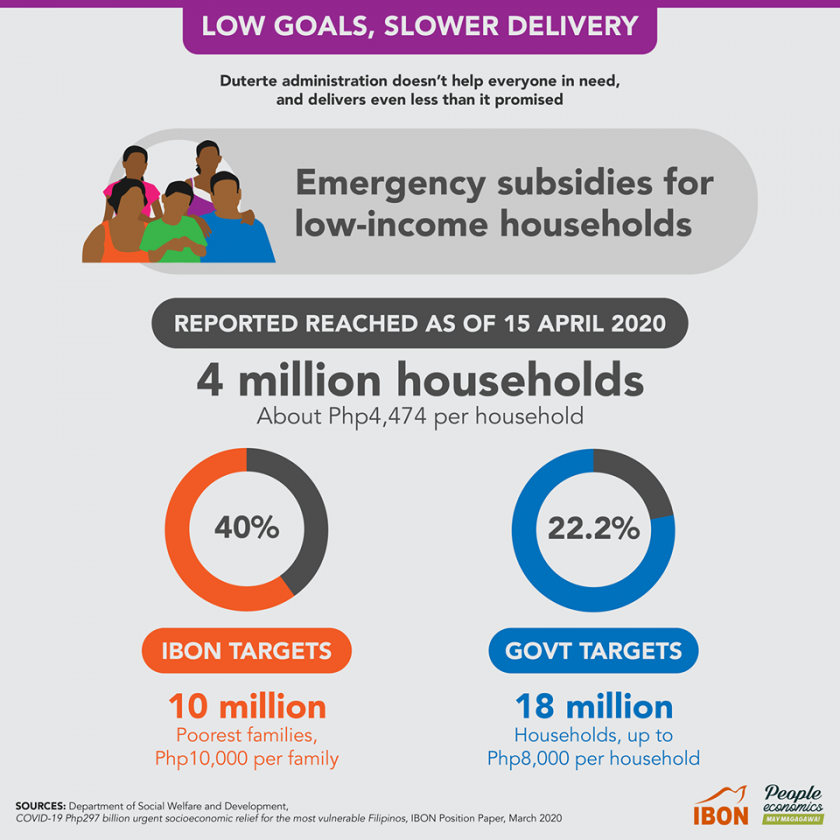 Guterres also reiterated the UN’s urgent appeal, “let us protect our children and safeguard their well-being.”