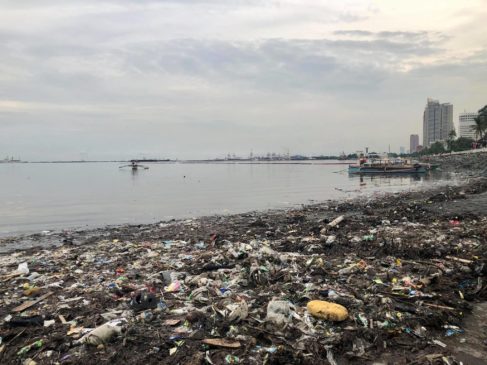 Dampa Alert aims to check the status of garbage pollution in the Manila Bay areas of Metro Manila.

“The project aims to inform the public and remind authorities that the cleanup of Manila Bay should not be restricted to the bay walk area in Manila,” Nilad in a statement.

The Manila Bay coastal areas in the National Capital Region comprise several cities and even the non-coastal cities have a crucial role in the cleanup campaign, according to Nilad.

“It underscores the futility of white sand dumping when an estero in the same area continues to pollute the waters of Manila Bay,” it said.

The groups also highlighted the importance of a comprehensive plan to restore and rehabilitate the waters of Manila Bay instead of using limited resources for “shallow beautification.”

The coastal monitoring initiative has exposed the worsening levels of pollution in Manila Bay which no white sand can ever cover-up.