You Are Here: Home → 2020 → November → 30 → #HBDSupremo | Progressives vow to continue Bonifacio’s legacy of serving the people

Aaron Macaraeg November 30, 2020 Andres Bonifacio, Anti-Terror Law, Bonifacio Day
“With the worsening crisis brought about by the pandemic and the Duterte government’s negligence following the calamities and the weak COVID-19 response, there is no questioning the legitimacy of the workers’ and the people’s protest.”

Led by labor group Kilusang Mayo Uno (KMU), the groups reiterated their call to junk the Anti-Terror Law, citing its draconian provisions, and demanded concrete solutions from the government for the COVID-19 pandemic and immediate aid to typhoon-ravaged provinces in the country. 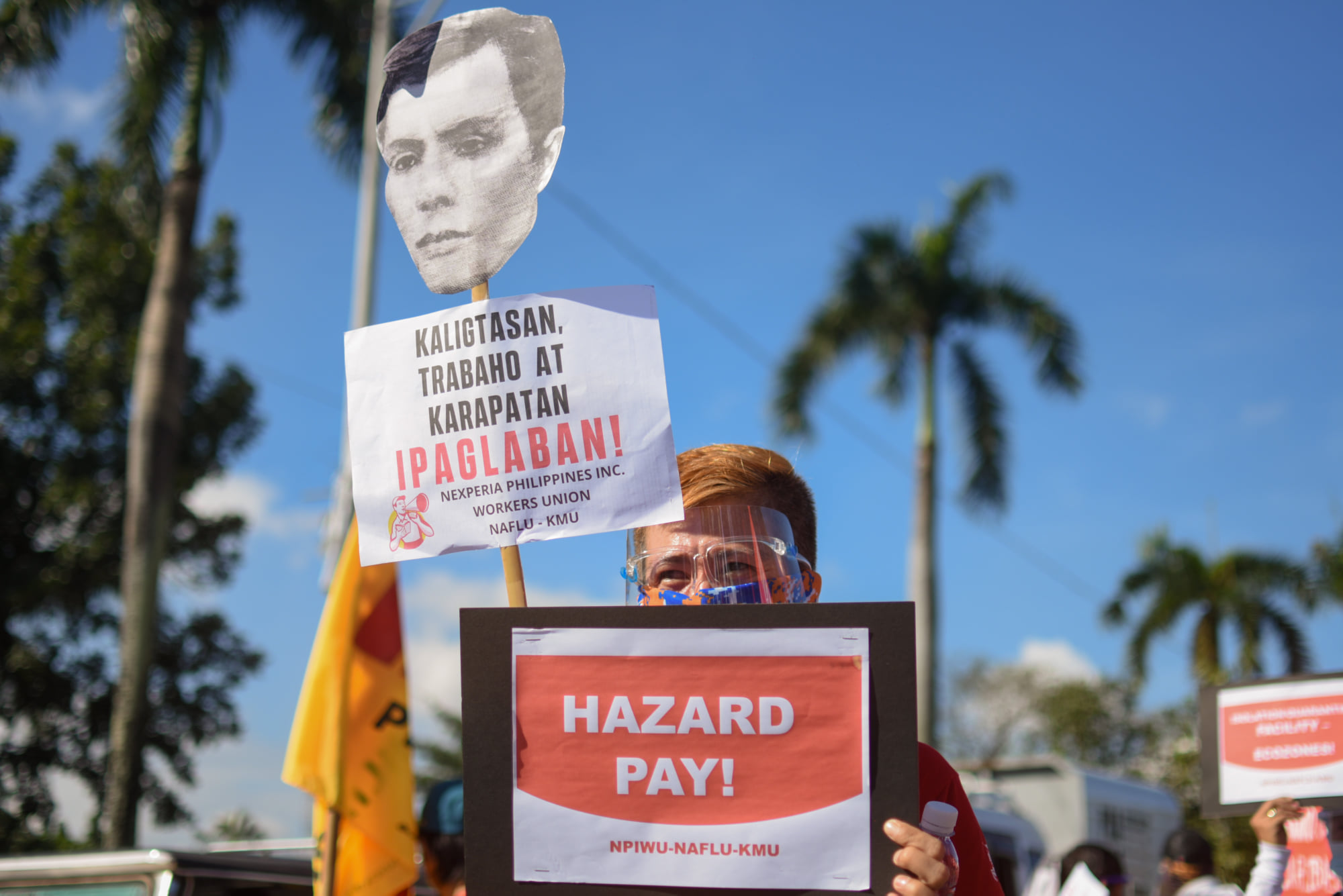 Trade unions also participated to mark the Global Day of Action for Trade Union and Human Rights in the Philippines.

Among their calls is to protect workers from the novel coronavirus and extend monetary benefits to pandemic-hit industries. They also protested the red-tagging among their ranks, reiterating that unionism is not terrorism.

Progressive youth organizations Anakbayan, College Editors Guild of the Philippines (CEGP) Kabataan Partylist, League of Filipino Students (LFS), and National Union of Students of the Philippines (NUSP) meanwhile vowed to carry on the with struggle of Andres Bonifacio. They added that they are the “successors of Bonifacio and the Katipunan.”

“The struggle of Bonifacio did not end after his death. The struggle of the Filipino people continues and lives on every fist raised, on every chant decrying the calls for national democracy and liberation. The picketlines have become our universities and the masses have become our professors! Let us remain steadfast in the banner of “serving the people!,” CEGP said in a statement.

Lack of support to modern-day heroes

Raymond Basilio from the Alliance of Concerned Teachers and Educators International echoed the calls of public school teachers who are in need of benefits and aid to overcome the hurdles of distance learning as support from the Department of Education is still lacking.

Basilio said that teachers infected by COVID-19 also did not receive monetary aid from the national government and left to fend for themselves.

What’s worse according to Basilio is that teachers who were hospitalized due to COVID-19 did not even receive leave incentives. “They were marked absent instead of a paid sick leave. We call them (teachers) heroes yet the government let them die,” Basilio added.

In a statement, Jaime Paglinawan, chairperson of AMA Sugbo-KMU, said that it is their right to protest, and for the police to deem it illegal is “in reality, the Terror Law in action.”

“With the worsening crisis brought about by the pandemic and the Duterte government’s negligence following the calamities and the weak COVID-19 response, there is no questioning the legitimacy of the workers’ and the people’s protest,” Paglinawan said.

Protesters asserted that they followed necessary health protocols to protect themselves and others from COVID-19.

“For the past months, every protest launched by the people has been met with multiple attempts of silencing from the police. It is high time to remind the state forces that in a time of continuing state repression and negligence, to protest is always justified,” Paglinawan concluded.