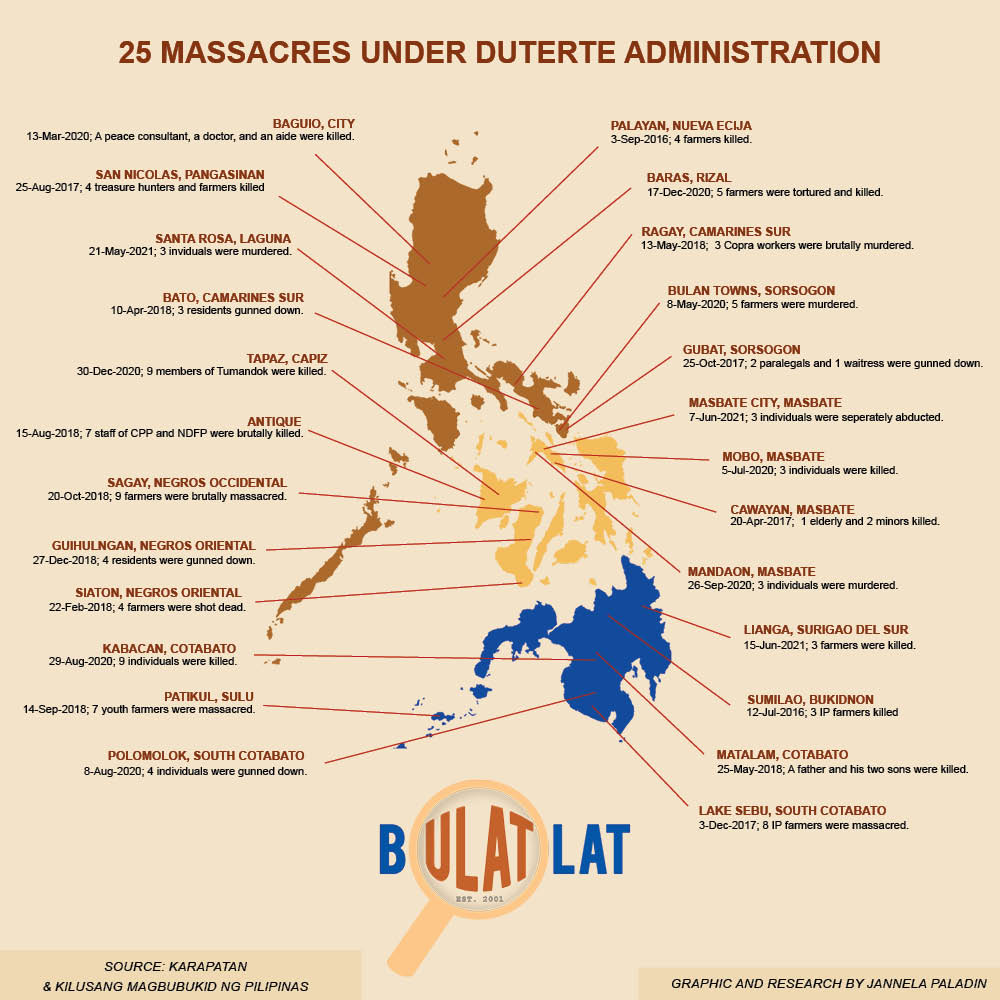 Cristina Palabay, secretary general of Karapatan, said that in implementing counterinsurgency policies, state forces have made no distinction between legitimate dissent and armed struggles, and wrongly equated such to terrorism.

“The armed conflict and its roots are deliberately reduced not as a result of historical, socio-economic and political conditions but as mere ‘violent’ acts; and the employment of a militarist approach combined with mass deception aimed at ‘neutralizing’ their perceived enemies, without addressing the socio-economic and political roots of the armed struggle,” Palabay said.

Kilusang Magbubukid ng Pilipinas (KMP) said that military operations were focused in peasant and indigenous peoples communities in the countryside.

The Memorandum Order No. 32, which orders the deployment of more soldiers and police to the provinces of Samar, Negros Oriental, Negros Occidental and the Bicol region to “suppress the lawless violence and acts of terror” has actually resulted in the killings of farmers, the group said.

In the guise of a campaign against criminality and illegal drugs, elements of the police and military jointly carried out Synchronized Enhanced Managing Police Operations (SEMPO) and Simultaneous Anti-Criminality Law Enforcement Operation (SACLEO) which led to the arrests and imprisonment of civilians.

Karapatan cited Presidential Proclamation 360 canceling peace talks with the National Democratic Front of the Philippines (NDFP), Proclamation 374 declaring Communist Party of the Philippines (CPP) and the New People’s Army (NPA) as terrorists, and the recent designation of NDFP as a terrorist group by the Anti-Terrorism Council as manifestations of militarist approach in dealing with the armed conflict.