‘Longest SONA in post-EDSA was empty’ 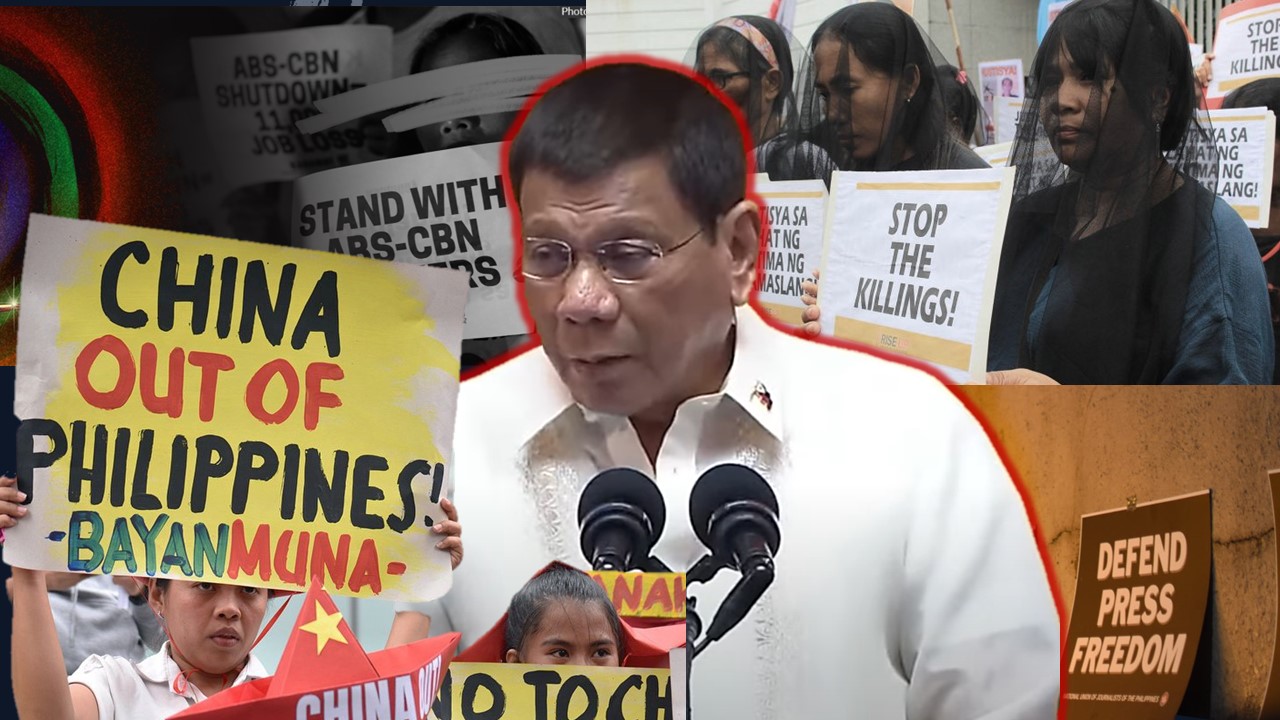 MANILA — President Rodrigo Duterte may have delivered the longest State of the Nation Address yet, but it was empty – particularly on how he would deal with what appears to be continuing maritime aggression by China in the West Philippine Sea.

“In the five years of non-action and even defending China on its aggressive movements in the West Philippine Sea, we did not reap any significant benefits from it,” said University of the Philippines professor Roland Simbulan in an online forum organized by the Center for People Empowerment in Governance (CenPEG).

The defense of the West Philippine Sea, following the historic win before the International Arbitration Court that ruled in favor of the Philippines in its case against China, was an election issue that Duterte promised to pursue. He even dared to ride a jet ski to the disputed islands to plant the Philippine flag.

In the last five years, however, the Duterte administration has been seen cultivating relations with both China and the US, though publicly he appeared to take a tougher stance against the latter.

During his last SONA, Duterte said the US and some “brilliant Filipinos” have been pushing him to act on the arbitral ruling.

“What will I do with a document that does not bind China because they were never a part of that arbitration. Do they want me to wage a war, do something? Do you want war against China?” he said in a mix of Filipino and English.

But Simbulan said that the Duterte administration and China “immediately ignored the decision that should have been implemented through bilateral and multilateral diplomacy.”

Unforgivable to give up WPS

In his last SONA, Duterte said he talked with China “civilly” after the elections and described his relations with Chinese President Xi Jinping as a “good friend.”

He recalled that when the Philippines did not have vaccines against the deadly COVID-19, China donated about 1.5 million doses. Duterte said he has since been indebted to China that “you can be sure that I will be your friend, a true friend and die for you.”

Simbulan, however, noted that the Official Development Assistance and investments from China have been slow.

“China promised nine billion dollars of soft loan to Duterte, in 2019, however, only P600 million were given to the country,” said Simbulan.

“Even if you add the COVID-19 vaccines donated by China, which the World Health Organization also did, even if we include the 6,000 rifles donated by China to the AFP [Armed Forces of the Philippines] during the siege of Marawi, we still lost. Us surrendering our right over the West Philippine Sea and its natural resources is unforgivable,” said Simbulan.

‘Rock solid’ relations with US

While Duterte has been claiming a supposed “pivot” to China as far as his foreign policy is concerned, Simbulan said the relations between the US and the Philippines are still “rock-solid.”

The Philippines extended the Visiting Forces Agreement (VFA) with the US by another six months.

The joint Philippine-US Balikatan war exercises decreased during the first year of Duterte’s term but it rose to 261 in 2018 and 281 in 2019. In April 2021, the two-week Balikatan exercises pushed through to show the strength of the military alliance.

“From the outside, the weak credibility of the Duterte administration is mirrored in the investigations in the UN Human Rights and the ICC for ‘crimes against humanity.’ This is in spite of the expensively-financed diplomatic offensive and international red tagging it did in 2018 and 2019 by delegations of the Armed Forces of the Philippines PCOO and NTF-ELCAC against human rights NGOs and individuals in Europe and America,” he added.

Attacks against the people

While being a good friend to others, the same cannot be said in his relations to his own people.

In his last SONA, Duterte even taunted the International Criminal Court and ordered state forces to kill off communists, saying: “If you see them walking around, kindly shoot them dead, and I will be happy.”

Meanwhile, his war against illegal drugs has led to the killing of not less than 30,000 people.

“However, Duterte has taken the fact that routing drugs is equivalent to routing or killing the drug addicts and everybody related to the drug trade. It turned out to be a fluke because from what it seems it has been a massacre of the poor–not entirely of whether their addicts or not,” Kristina Conti of the National Union of Peoples’ Lawyers said.

Meanwhile, journalists and news outfits have been subjected to various attacks under the Duterte administration. In his last address, Duterte repeated his attacks against ABS-CBN, including supposed tax evasion cases that government officials have earlier cleared the media giant of.

Journalist Inday Varona Espina said, “Rodrigo Duterte is the only president who actually publicly justified the murder of journalists and this is before he even took the office in Malacanang. Since then, he has openly threatened the media like he has threatened everybody who stands between his chief strategy of governance…and those who would stand between him and his victims.” (JJE, RVO)