President Benigno Aquino III boldly declared during his first State of the Nation Address that public-private partnerships would be the solution to the government’s lack of funds and the need to develop the country’s infrastructure. But at whose expense?

MANILA – When the Supreme Court lifted last week its restraining order on the toll fee hikes in SLEx, Skyway and NLEx, critics cried foul and said the high court has also defended private profit against the people’s interest. The 72-page Supreme Court decision argued for the “right to reasonable profit” of private developers contracted by the government to build and operate what should have been government-controlled services, according to critics.

“The roads form part of a government’s public service,” said Modesto Floranda, president of the national capital region chapter of Piston, a progressive drivers’ and operators’ association in the Philippines. “It should be the government who has control of the country’s roads. Why hand it over to private capitalists whose only motivation is to profit from their investments?”

In his first State of the Nation Address last July, President Benigno Aquino extolled the public-private enterprises as his government’s way of providing for the country’s needed infrastructure development. He boasted that with it, the government which is supposed to be short on funds would not have to shell out money to build what needs to be built.

But today’s back-to-back threats of increased fees for use of toll roads and fare for the mass transit system— spooking Filipinos just a couple of weeks after Aquino’s first hundred days in office— are exposing the seamy side of public-private enterprises. “We have improved roads, yes. But we drivers cannot feed our family,” said George San Mateo, secretary general of Piston. The transport group estimates that the P200 to P300 (or $4.66 to $6.99) daily earnings of jeepney drivers plying the SLEx route in Alabang alone would be wholly eaten up by the proposed toll fee increases. San Mateo said they face break-even at best, deficits at worst.

“The roads that should have been for public service are privatized and turned into businesses for profits,” San Mateo lamented.

The case of the looming hike in MRT and LRT fares is the same. “The issues and interests are the same,” admitted Ping de Jesus, secretary of the Department of Transportation and Communication, the government body tasked to decide when and how to increase the MRT and LRT fares. 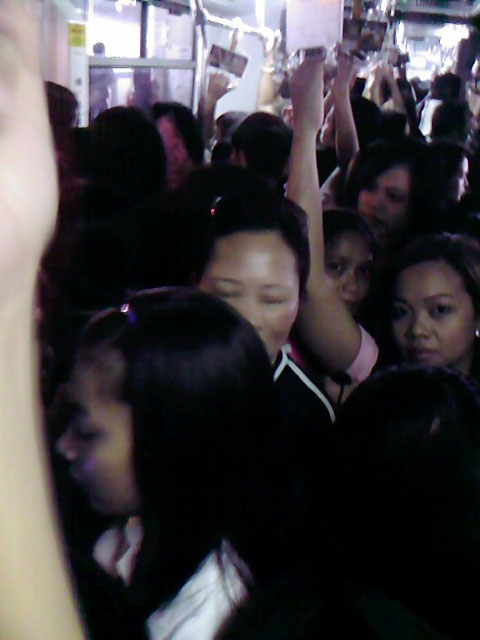 As with toll fee hikes, the threat of a hike in train fares stems from the government’s guaranteed payment and rates of return for its private investors’ reported outlay. Like in the case of the SLTC (South Luzon Tollways Corp.), there are thorny concessions granted to private investors that critics say are disadvantageous to riding consumers and to the government.

The MRT is a privately-built system that was taken over by the Arroyo government when its operators threatened to raise fares during the period when then President Arroyo’s popularity ratings were at its lowest. Aquino excoriated, in his first SONA, this breach of public-private partnership, because he said the subsidies are eating into public funds.

But as opposition to mass transit fare hikes continues to grow, the costliness of public-private partnership to the government and to the train riding public is also beginning to get more exposed.

De Jesus told DZRH in an interview that as in the case of toll fee hikes, their task in deciding the MRT/LRT fare hike would “balance or navigate the conflicting interests of the consumers/motorists and the investors.”

Being government-owned, MRT and LRT are already enjoying subsidies, unlike the toll roads. But it claims to be also losing money, despite being packed with riders every day. The reasons are: the private developers are being paid along with guaranteed profits; the government is paying for maintenance and for running the system but in the case of MRT, “it is not the one in charge” of operations, as de Jesus admitted. Furthermore, the MRT private developers amass some “quite substantial” non-rail revenues, such as in the ads posted in stations, while the government who runs the trains gets nothing. Reports said there are also unexplained “insurance discrepancies between the MRT and the LRT.”

As such, the higher fares here would only further assure the profits of private developers. The knowledge has reportedly enraged the youth group Kabataan Partylist, whose NCR chapter has vowed to conduct protests after protests against MRT-LRT fare hike.

In the planned LRT extension to Bacoor, Cavite, P500-million ($11.64-million) had been reportedly spent but no relocation of families whose houses would be hit had been effected. The government has established the MRT Corporation to get a share of the “quite substantial” advertising and commercial revenues of the private developers, but until now “nothing has materialized yet,” de Jesus admitted last Wednesday.

If the government’s revenues from the daily packed mass transit system would increase, the need for the proposed fare hike would be already answered. But like in SLEx toll roads, where the private parent company MTD Berhad had boasted in Kuala Lumpur that they expect more revenues to be had here because there are more vehicles passing it, its SLTC subsidiary claims to be “losing” money.

Defaulting on debts means “SLTC will be unable to commit to maintaining the SLEx at an acceptable service level,” warned SLTC treasurer June Salwah Hassan in an affidavit explaining to the Supreme Court why there is a need to lift the TRO on their 250-percent toll fee hike.

SLTC’s claims of losses in SLEx are computed based on their reported investments for the upgrade of the toll roads, investments which they have to start recouping now, to be able to start paying for the loans they made to upgrade SLEx.

But according to lawyer Ernesto Francisco, one of the petitioners in the Supreme Court against the proposed toll fee hike in SLEx, the SLTC and the Toll Regulatory Board have some explaining to do. Chief of which is how the project cost had ballooned to more than twice the original estimate. 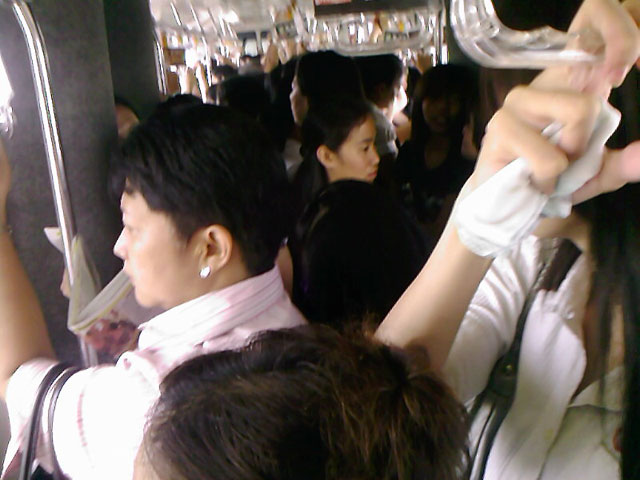 In documents provided to the media by Francisco, documents which he sourced from the disclosure and papers of the parent company itself of the SLTC, the full SLEx upgrade (consisting of four toll roads from Alabang to Lucena City) was estimated to cost P8.5-billion ($198-million) in June 2006.

The estimates ballooned to P11.8-billion ($275-million) in June 2010, according to its group president and CEO Datuk Azmil Khalid. But in an affidavit submitted by subsidiary SLTC’s treasurer to the Supreme Court on August 2010, the company was reported to have spent more than P12-billion ($279-million) and yet it has completed only two to three of the four toll roads, or just a total of 28 kilometers of the SLEX project.

SLTC had done only groundbreaking ceremonies on the fourth and longest toll road, with the outgoing President Arroyo. The fourth road or new SLEx from Sto. Tomas Batangas will pass the Western boundaries of Mt Makiling in Laguna and roll through the countryside to reach Lucena City, spanning some projected 54.271 kilometers. This fourth toll road “would not start anytime soon,” Khalid told Malaysian reporters last June.

Their 250-percent toll fee hike is just the “new or opening toll rate,” said the SLTC. It covers only the corporation’s reported incurred costs of upgrading toll roads one and two (or the SLEx Alabang and viaduct and SLEx to Calamba. Isaac David, president of SLTC, said another hike looms beyond the 250-percent as they complete the upgrading and construction of toll road three (or SLEx to Calamba after Alabang).

“There is need to investigate and hold accountable those who had been involved in approving the contract of the SLTC for project SLEx,” George San Mateo declared.

Lawyer Francisco questioned the very high rates of profits being allowed the SLTC. On top of the suspicious bloating of project costs, the government has agreed to let it recoup its investments with interest in just six years, even as its contract covers 30 years of squeezing the users of the toll roads.

All these serve to illustrate the pitfalls of public-private enterprises, Piston concluded.

“We believe that the government – with the people’s help – can run this toll road project in an orderly, fair and professional way, without hints of corruption,” said the joint statement of various groups opposed to the toll fee hikes. They added that the government will definitely not incur losses from it because “we are prepared to pay toll fees based on the correct and appropriate price. For sure,” the group said, “the motorists and most of the population would realize much bigger savings when that happens.” (Bulatlat.com)