Leonard Co: Scientist for the People

Rey Casambre who met Co during martial law in 1975 when Co was in his third year as botany major in UP said: “He belonged then to a group of bright and dedicated activists who were either undergrad majors or graduates of botany or zoology.” The group of Co was part of a larger network of Filipino scientists and technologists who were all committed to using their scientific and technical knowledge and skills to serve the Filipino people, Casambre added.

Jara said Co also used his skills in determining medicinal plants in the Cordillera region with people in the countryside as beneficiaries. In a news report, Community Health, Education, Services and Training in Cordillera Region (Chestcore) said that Co listed 122 medicinal plants with their illustrations and scientific and common names. Each plant has its description that includes habitat, distribution, parts utilized, indications, directions for use, dosage, and precautionary notes on toxicity and contra-indications. Co helped the communities of the Cordillera for helping, through his work, “the communities systematize the knowledge of traditional healers about medicinal plants for their primary health care.”

Prior to Co’s Cordillera Medicinal Plants, he together with his group I977 at UP diligently studied medicinal plants in the country with an aim to popularize local herbal medicines and the production of medicines from readily available and accessible materials. “It’s in his heart that whatever he is doing is for the benefit of the people,” Casambre said in a separate interview with Bulatlat. The group worked on the book for at least five years, Casambre said. “Manual on Some Philippine Medicinal Plants”was first published in mimeographed 8 1/2 x 13, in the name of the UP Botanical Society where majority of the group belonged.

“As far as we know, this was a pioneering and seminal work. Not long afterwards some botanists published glossy books on Philippine medicinal plants. But none of them could compare to the wealth of material in the original 1977 Philippine Medicinal Plants manual,” said Casambre. 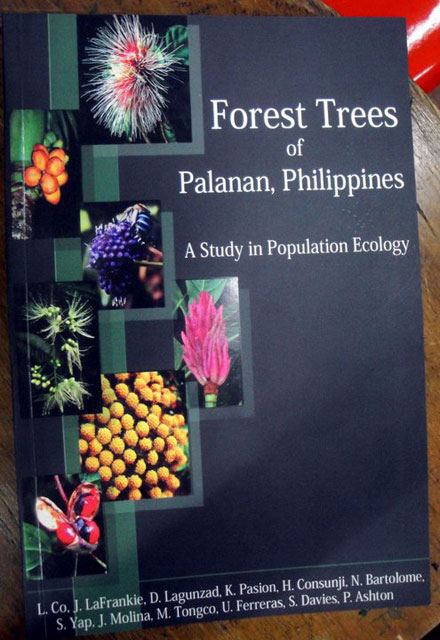 In 2006, Forest Trees of Palanan, Philippines: A study in population ecology was published. According to Ong, in 16 hectares of Palanan forest in Isabela, Co marked and measured every tree and identified every plant. “He counted all the trees, at least 100,000. And you would see those trees in this book mapped one by one.” Ong added that Co’s study of trees did not end there. Co went back to the forest every five years to see the developments of the species. On Oct. 15 during the height of typhoon Juan, Ong said Co was in Palanan doing his research for the second part of the said book.

Co is the president of the Philippine Native Plants Conservation Society, Inc. when he got killed.

Refflesia leonardi, one of the largest flowers found in the Philippines, was named after Co.

Co was not only remembered as a taxonomist who spent more time in the mountains and in his little space at the University of the Philippines’ Institute of Biology’s herbarium studying his collected specimens.

Elena Ragrario, a classmate and college friend of Co revealed that he is a multitalented taxonomist. “He also play harmonica. He said harmonica is the only musical instrument that you can bring in your pocket. He always has his harmonica wherever we were together with other friends. He indulged us in classical Chinese music.” She also said Co could sing International in three languages, English, Tagalong and in Chinese.

Co is half Chinese and half Filipino, and he proudly told his friends that he is a double G.I.–genuine Ilocano and genuine Intsik (Chinese), added Ragrario. He was also funny yet temperamental at times, Ong said, adding that his foul mood easily dissipated.. A colleague also said that Co could speak not only Mandarin, he also studied Latin so he could properly identify the plants he was studying. Co also studied acupuncture Mon Ramirez said, and could name the points in Chinese.

Dr. Edelina Dela Paz also a friend of Co said that he was a walking encyclopedia, “You would gain knowledge after a chat with him because of information he shared.”

Co was a non-conformist Casambre told Bulatlat. Co got his degree in BS Botany in 2008. “It really did not matter to him whether he finished his degree or not. He was driven to do his passion and to make it useful for the people.”

Ong said Co got his diploma when the Institute of Biology asked the College of Science to give Co his degree crediting his works as taxonomist. “There was a debate of course because of technicalities, but finally the College of Science gave him his degree.” His friends said that he should have been given more than a degree. They believe he deserved a Ph. D. His book “Forest Trees of Palanan, Philippines ” could serve as his dissertation.

The family of Co was overwhelmed with the testimonies shared by Co’s colleagues. His father, Co Lian Sing said his sadness went away because of the revelations of Co’s friends and colleagues. “We did not know that he had accomplished many things.” (Bulatlat.com)