“What the local governments have been trying to evict are not only the structures of the people’s homes but the people’s very life and dignity.” – Promotion of Church People’s Response

CORAZON DE JESUS, San Juan — Their homes may have been already demolished, but not their resolve to struggle for their right to housing and livelihood.

“The local government of San Juan could not yet consider this (demolition) as a victory because the residents they have deprived of rights to housing are determined to fight,” said Maritess Bacolod, resident of Corazon de Jesus. She is also the secretary-general of Samana-Corazon de Jesus, a local organization of the urban poor.

Last January 11, 2012, homes of more than a hundred families in Corazon de Jesus, San Juan City were demolished to give way to a new city hall. It would be the seat of power of the local government, and it was reportedly designed after the white house. The entire village, which used to be home to thousands of families, was already experiencing “pocket demolitions” since 1980s. But the recent demolition was considered as the most violent, not just in the history of Corazon de Jesus, but also in the entire struggle of the Filipino urban poor for their right to housing. 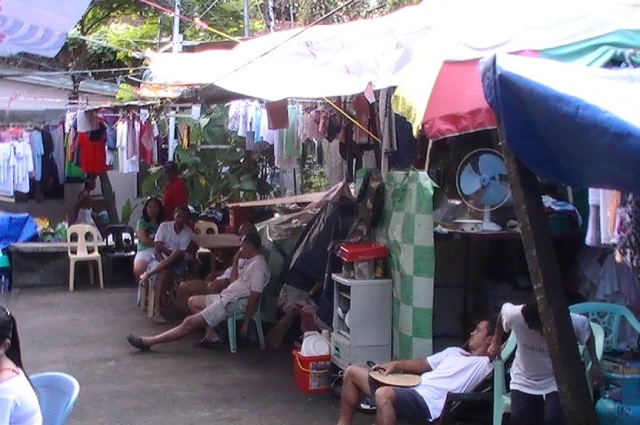 The stones, bottles and molotov bombs bought time for the urban poor and hampered the demolition team. But the demolition team still managed to get through the barricade using a bulldozer, teargas and armed members of the SWAT, who reportedly aimed their guns and fired warning shots at the residents who were protecting their homes.

Left homeless by the demolition, the residents were forced to spend the night in a narrow street across their community. But on January 13, the local government of San Juan told them they could only stay there until 3:00 p.m. that day. This compelled 30 families to accept the relocation package.

Bacolod denied that it signifies that the families have given up. “Even if they are already in the relocation site, their call for social justice, just like when they were still living in Corazon de Jesus, remains the same. We fight for our right to housing and livelihood.”

For Salvacion Bolibar, 52, she did not only lose her home but also her livelihood in the violent demolition. She said it was but natural for anyone to put up a good fight. “Anyone would have done the same.”

But apparently not the officials of the public school where she worked. A canteen employee for 10 years, when Bolibar returned to work a few days after the demolition, she was told by the assistant principal that they could not tolerate what she did during the demolition, especially when she gave television interviews and criticized the demolition.

“I remember everything I said during my interviews. I did not say anything against them, or even against the Ejercitos. All I want is to save my belongings from the demolition team,” Bolibar sighed.

The assistant principal gave her until March 2012 to look for another job. “But why wait? They have already fired me; I did not report for work anymore.”

“They have deprived me of my rights twice — my home and my livelihood. Now my only focus is to fight for these rights.”

Bacolod said many of the residents have lost their jobs when the threat of demolition begun. They could not report to work because they had to be at the barricade. Still, others managed to earn a living as vendors, pedicab drivers, and other odd jobs.

As of press time, some 60 families who refused the local government’s relocation offer are staying at the Task Force Urban Conscientization (TFUC) shelter, which residents now call as the “Big Brother’s House,” referring to a reality television show.

“We formed our own guidelines so that all 60 families could temporary live here peacefully,” Bacolod said, “We do not want to cause any trouble to the TFUC personnel. This is also our way of showing our appreciation for the shelter they lent to us.”

Bacolod said they were about to seek shelter from their parish church but “the guard told me that only I can seek shelter.” (Bacolod is orthopedically impaired.) “ The guard forbade me from bringing in others who, he said, ‘brought chaos in Corazon de Jesus.’”

“Good thing the TFUC welcomed us. We are very grateful. They did not ask how many families there are, they did not ask for formal letters, whatsoever. When Sam,” referring to Sam Montuya, a reporter for alternative news group Tudla Productions, “told them of the situation we were in, they said they could accommodate us.”

According to Makinano, TFUC program coordinator, providing shelter to poor families evicted from their homes is their way of keeping up with the social doctrines that says that the Church is a Church for the Poor. 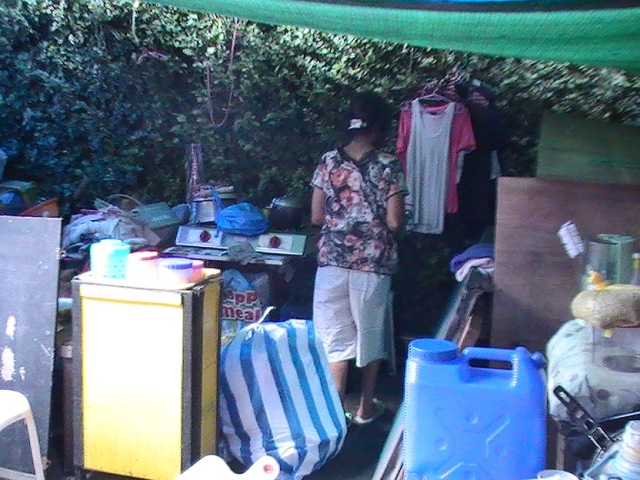 “We are helping them because they lost their homes in their effort to stand up for their rights,” Makinano said. “We will continue providing them shelter as they continue their struggle for an in-city relocation, which they have already proposed to the local government.”

The Catholic Bishops Conference of the Philippines has also earlier expressed sympathy to the victims of the demolition. They also criticized the violent demolition.

“What is happening to our urban poor is sad. This is an issue of social justice, so the church has to act on this,” Fr. Edu Gariguez, executive secretary of the CBCP’s National Secretariat for Social Action, said over Radyo Veritas. He added that the urban poor have long supported (President Benigno S. )Aquino (III)” so it would be a slap on their faces if the president can’t do anything about it.”

Gariguez said the law dictates that there should be no demolition of homes in urban poor areas without “proper” relocation sites. The rights then of the urban poor were violated when the authorities proceeded to enforce the demolition order.

With this, the TFUC said they are going to join the residents in lobbying for an in-city relocation. The local organization of residents, SAMANA, according to Bacolod, has already sent letters to the CBCP and other religious organizations to help them in their struggle.

Last January 25, 2012, the residents sponsored a mass in Corazon de Jesus not only to commemorate the first year anniversary since the first violent demolition that took place in their community but also to let other residents, who remain in the community but are facing demolition threats, know that they have their support in this struggle.

During the program after the mass, Antonio Peñaranda said that 500 more families are facing eviction from their homes in Corazon de Jesus under orders from the Ejercitos. “We will not allow this. We will struggle until justice is served to all of us.”

Mark Louie Aquino of Kabataan Partylist – National Capital Region said he would continue supporting the fight of the residents despite the charges that were filed against him. Aquino is among the activists who were arrested during the demolition last January 11, along with 22 others. He currently has 14 charges filed against him.

“The case is weak. Even the police change their statements about who really threw the stones at them. They just arrested whoever they could,” Aquino said.”The police told us in the precinct that we have already lost the case. But in truth, the demolition has set us free — free from the fear that we might not be able to put up a good fight.”

“After the demolition, no one except the Ejercitos has condemned us for using bottles, stones and molotov bombs. Our fight is legitimate,” Aquino said.

For Nardy Sabino of the Promotion of Church People’s Response, the fight put up by the residents against the demolition team was only “right and moral.”

“What the local governments have been trying to evict are not only the structures of the people’s homes but the people’s very life and dignity,” he said.

Fr. Jonash Joyohoy of Iglesia Filipina Independiente said the struggle of the urban poor residents of Corazon de Jesus should not be taken in a very legalist manner. “Let us remember that laws can be changed depending on the priority of the government, especially if it prioritizes serving its people.”

Gabriela Rep. Emmi de Jesus said it is not good to hear that San Juan Rep. JV Ejercito and his mother Mayor Guia Gomez are heaping the blame on “non-resident” activists for the violent demolition.

“They do not understand that what the Corazon de Jesus community is experiencing is the same with that of the entire nation” De Jesus said. She added that almost 1.4 million urban poor families would lose their homes as President Benigno S. Aquino III pushed for his Public Private Partnership programs.

Evan Hernandez of Hustisya, a human rights group, said “Aquino’s ‘righteous path’ is a nightmare. It is our right to have our own homes. A day would come when the people would finally change this rotten system.”