You Are Here: Home → 2012 → March → 8 → In Syria, Filipino workers get maltreatment instead of help from embassy

In Syria, Filipino workers get maltreatment instead of help from embassy

In war-torn Syria, the Philippine embassy is sending distressed OFWs to jail when they escaped the dangers of war and maltreatment of employers.

MANILA – Analiza Muaña, 32, was a domestic helper over-burdened with work yet underpaid by her employer in Syria.

Her duties included cleaning her employer’s house, taking care of their children, doing the laundry and other household chores. She also had to clean the house of her employer’s relatives. Her employer did not allow her three meals a day and they paid her $175 instead of $400 as stated in her contract.

According to reports, Muaña’s experience is not isolated. Other overseas Filipino workers (OFWs) in Syria have also gotten the same treatment from the Philippine embassy. After escaping abusive employers, it is like they end up going to another hell. 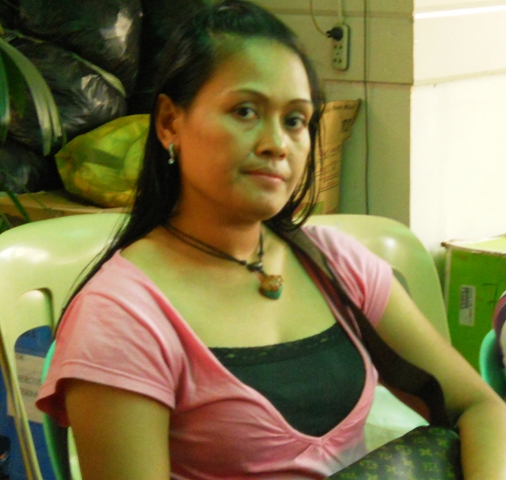 Ruth Martinez, 37, got sick while staying at the Philippine Embassy in Syria due to food poisoning. (Photo by Anne Marxze D. Umil / Bulatlat.com)

Muaña met several other OFWs at a ‘temporary house’ called the Filipino Workers Resource Centers (FWRCs) of the Philippine embassy.

There were no decent meals there. “They measure everything. We eat one cup of rice, chicken bones or a slice of eggplant for viand, while they (the embassy official) eat good food,” Muaña said.

Another domestic helper, Arlene Castillo, 37, had also stayed at the temporary shelter. She corroborated Muaña’s testimony. “They barred us from buying groceries when the food they were giving us was not enough. We were also not allowed to go outside the embassy. Mornings we eat only half of Arabic bread and drink tea,” Castillo told Bulatlat.com.

Ruth Martinez, 37, another domestic helper, fared worse. She got sick while staying at the embassy. She sought refuge at the temporary shelter on Sept. 23 last year after escaping from her abusive employer.

Two days later, she and six others were rushed to the hospital due to food poisoning. “We were all vomiting; we had diarrhea. I was very dizzy and my blood pressure also shot up,” Martinez told Bulatlat.com in an interview. All they ate was food served at the embassy.

At the hospital, Martinez and six other OFWs were guarded by the Syrian police. “They said we have no papers so they were guarding us. By Sept. 26, we were brought to the immigration and there we were detained,” she recalled.

Martinez and another OFW got released on the same day. But four other OFWs remained in jail at the immigration because they had no exit visa yet.

At the time they were at the embassy, it was winter. Yet, Castillo said they had to take cold baths, no heater. And two people had to share a mattress.

OFWs were also barred from using their cellphones.

“I hid my cellphone so that we were also updated about what was happening in Syria and so we could update our relatives on our situation here,” she said. She also managed to disseminate information about their plight and about the situation of OFWs in Syria through Facebook. 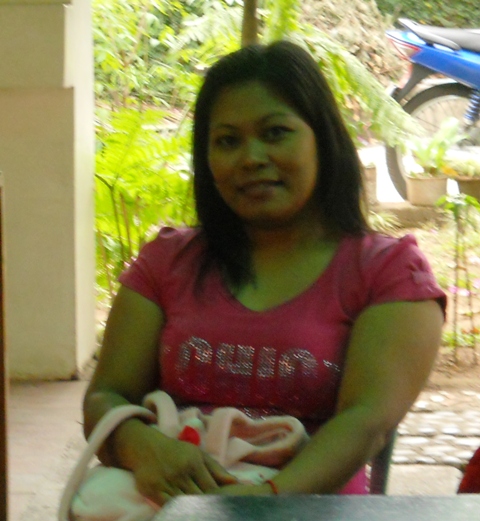 When caught using their cellphones, these were confiscated. Migrante International chairman Garry Martinez asked the government why the OFWs’ cellphones are being confiscated at the temporary shelter.

“The DFA (Department of Foreign Affairs) said it is a POLO-OWWA policy,” Martinez quoted them as saying. He added that Migrante can’t see the rationale for confiscating mobile phones and isolating the OFWs from their families and the rest of the world. “How else would we know their real situation in Syria?” he asked.

The Migrante leader added that the confiscation of mobile phones in FWRCs is a direct violation of the fourth Geneva Convention. “Relative to the Protection of Civilian Persons in Time of War”, it states that individuals “who do not belong to the armed forces or take no part in the hostilities” should be protected and “enabled to exchange family news of a personal kind” and/or “helped to secure news of family members dispersed by the conflict.”

The three women OFWs decried the slow repatriation of OFWs from war-torn Syria.

Muaña had been at the embassy in June 2011 but she was repatriated almost one year later, on Jan. 17 this year.

“I don’t know why and what took them so long to allow me to go back home,” she said.

Due to depression and frustration, Muaña admitted she almost lost her mind. “I became hysterical. I was screaming at the embassy. I wanted so badly to go home,” she said.

Martinez and Castillo waited two months before they were sent home. Martinez arrived back last December while Castillo arrived this January.