MANILA — The Task Force on Urban Conscientization (TFUC) of the Association of Major Religious Superiors of the Philippines condemned the recent military harassment on urban poor families residing in its shelter.

Last March 26, 2012, eight soldiers went to the Kanlungan Center, the TFUC shelter, looking for the organization’s chairperson Fr. Charly Ricafort, MI. The soldiers were riding an Isuzu wagon-type vehicle with plate number UUS-950. Only two of the eight went inside the shelter.

The TFUC Kanlungan Center has served as a shelter for the families whose homes were demolished in Corazon de Jesus in San Juan City on January 12, 2012 to give way to the local government’s plan to build a government city. The families refused to accept the relocation offers in Rodriguez, Rizal because it would bring them away from their work and livelihood. Also access to education and health services is difficult in the relocation site.

Residents demanded for an endorsement letter but the soldiers insisted that they are not required to bring in letters or even follow such protocols because they are employed to mediate in places where it deems necessary. One of the soldiers even said that they may be trained to fight and kill but in the city, they are here to mediate.

According to Fr. Rex Reyes, general secretary of the National Council of Churches in the Philippines, the mere fact that they barged in at the TFUC office without consent or a formal request letter “constitutes harassment. We have yet to identify the men.”

Reyes said the vilification of church workers and other rights advocates is not consistent with the promises President Benigno Aquino III said during the presidential campaign, even if it is merely a political rhetoric. “He said there would be no poor people, if there would be no corruption. But when people expose the truth, we are being harassed.” 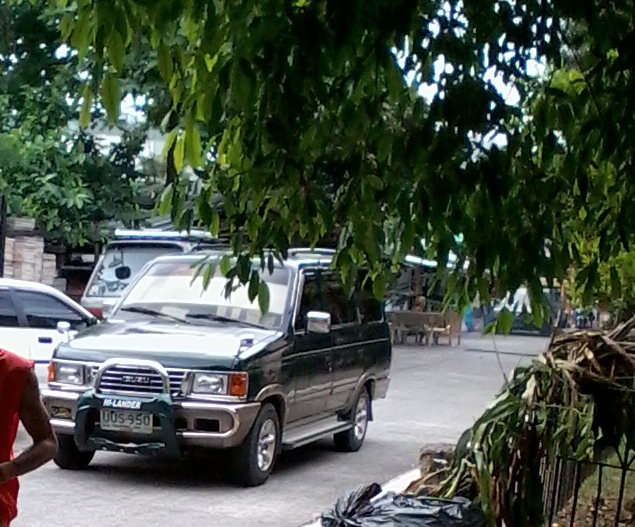 Vehicle used by soldiers during their ‘visit’ at the TFUC shelter (Photo courtesy of TFUC / bulatlat.com)

The visit from the soldiers happened a day after church leaders participating in the pre-assembly of the World Council of Churches paid the displaced families a visit and expressed their solidarity to the urban poor struggle.

Confrontation at the TFUC office

Maritess Bacolod, one of the residents staying at the shelter and secretary general of Samana-Corazon de Jesus, an urban poor local organization, confronted the two soldiers who approached the gate at around 11:00 a.m. She described one soldier as wearing Type A military uniform and the other was wearing a Type B.

“Ate Tess, you are here!” one of the soldiers told Bacolod. The two soldiers did not give their name and did not state how they knew who Tess was. They then asked if Fr. Ricafort is around and if he is in his house.

“The National Housing Authority wants to talk with him. We will arrange a dialogue with the village official and the NHA. The relocation site is beautiful. We were told to inform you that we will set a deadline. Besides, you will only pay P200 per month for your house in the relocation site. Why do you not want it?” Tess said in a statement, citing one of the soldiers.

One of the soldiers also asked Bacolod if the residents wish to speak with Mayor Guia Gomez since it is their job to mediate in the situation.

A resident managed to take a video of the confrontation, where Bacolod told the soldier wearing a black shirt that, “I am telling you to go back to whoever sent you here to look for Fr. Ricafort or to even arrange a meeting with the NHA and tell him to write us a formal letter,” adding that, “It is better because we will have a proper venue where we can sit down and talk.”

“But you are already displaced from there,” the man wearing black shirt said, referring to the Corazon de Jesus community.

“Of course we are no longer living there because the Estradas ordered us out. We do not want to leave. We no longer go there. And yet you still come here to pay us a visit. We have already filed a case on this,” Bacolod said.

Bacolod also demanded to know where the soldiers got their information, especially Fr. Ricafort’s name. The soldiers said they got it from a letter that was given to them but refused to give more details on who gave it to them. 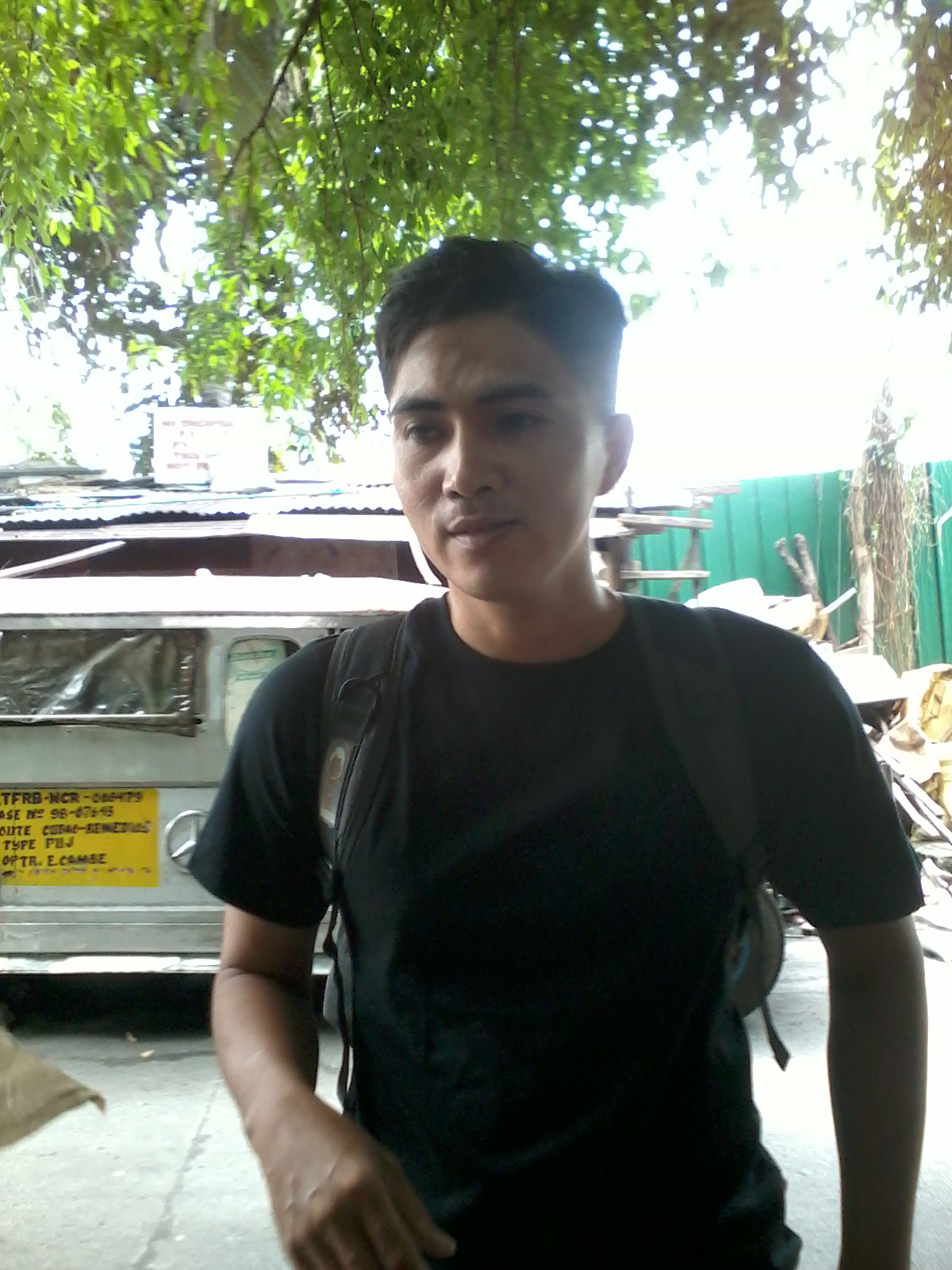 One of the reported soldiers looking for Fr. Ricafort (Photo courtesy of TFUC / bulatlat.com)

In a statement, Bacolod said the soldiers who were looking for Fr. Ricafort were not wearing their name tags. They also did not show to the residents their mission order. Others who did not go out of the vehicle were armed and wearing camouflage uniforms.

Soldiers in the community

After the military left, residents immediately phoned the San Juan local government office, inquiring why they sent soldiers to visit the TFUC office. “They denied it.They said that they are coordinating only with the Philippine National Police, not the Armed Forces of the Philippines.”

Residents, however, refuse to believe it. In a statement, the TFUC said that even if the local government has already washed its hands on their involvement in the incident, it is “still a clear manipulation of authority and abuse of power and use of harassment to suppress the urban poor in their quest for justice.”

The community of Corazon de Jesus has its own share of the military’s Civic Military Operations. In January 2011, Arnold Repique, president of Samana, the local urban poor organization of Corazon de Jesus residents, said members of the military would gather the people and make them watch videos that vilify mass organizations who are helping residents in their fight. One such video is the infamous “Know your enemy.”

There were also several instances where Repique could not go home because of the death threats that they are receiving.

After the January 12, 2012 demolition, Susana Ybona, a resident, related to Bulatlat.com that there were also soldiers deployed in their area. “They were stationed near the school. The soldiers were looking at the people who were passing by,” she said, “I think they are trying to scare away those who remain in the area. But if your are well aware of your rights and principles, one would not be scared even if they send a battalion of soldiers.”

Families residing in the TFUC shelter said they recognized two of the eight soldiers who went to their shelter. They said they were seen roving the area for a few days now.

“It is a bad signal, a dangerous signal,” Reyes of the NCCP said, who also expressed hopes that Fr. Ricafort is safe.

The TFUC called on the Filipino people to express their solidarity in upholding human rights and, most important, “to join the poor in their fight for jobs and employment, provision of social services, and decent homes and to advocate for the revocation and repeal of unjust, anti-people and anti-poor policies of the Aquino government.”