You Are Here: Home → 2012 → July → 4 → Nothing to celebrate, no real friendship in master-puppet relations, critics say

Nothing to celebrate, no real friendship in master-puppet relations, critics say

Marya Salamat July 4, 2012 5 Comments US intervention in the Philippines, US military bases, US troops

The partnership between US warship builder and developer AMSEC Huntington Ingalls Industries and Hanjin Heavy Industries practically transforms the Hanjin shipyard in Subic Bay into a US military base. – Gabriela Rep Luzviminda Ilagan

MANILA – The Philippines observed today the US-Philippine Friendship Day with patriotic groups saying there is no reason to celebrate. The “celebration” only marks the ceremony conducted sixty-six years before in this country when the American colonial government turned over the reins of government to its decades-long trained Filipino administrators.The Americans had first launched a bloody war of conquest followed by years of brutal and deceptive “pacification” that historians said included training local elites for semi-colonial governance.

Today, not much has changed with regard to the US-trained Filipino government. From statements of various patriotic and progressive organizations, the current government led by President Benigno “Noynoy” AquinoIII is as Amboy (American boy) to the hilt as you can get, an out and out “US stooge” based on its numerous new agreements with the US government and military.

It does not help Aquino’s image that since last Sunday more US troops have arrived for “exercises” in Philippine territory. Since Monday this week, the Aquino government is playing host to a nine-day American naval exercise in the Mindanao Sea, off the coasts of General Santos City and nearby Sarangani province. Dubbed as Cooperation Afloat Readiness and Training 2012, codenamed “CARAT 2012,” it is being conducted in areas of responsibility of Naval Forces Eastern Mindanao. 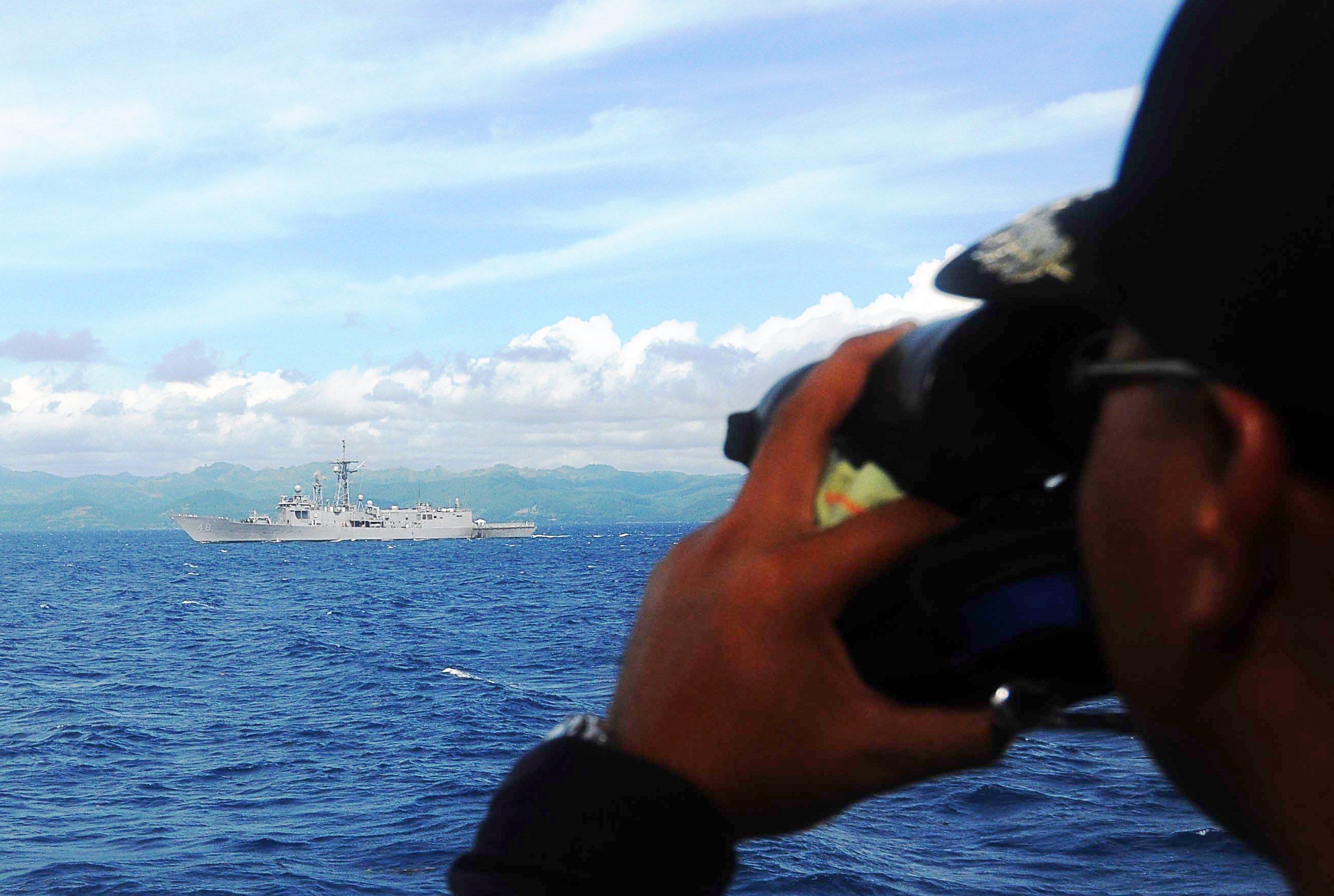 This followed months of high-level talks between security officials, frequent stopovers in the Philippines by US warships, submarines and planes and visits of high-ranking US defense and foreign relations officials.

After forging an agreement early last month with the chairman of US Joint Chiefs of Staff, Gen. Martin Dempsey, the Aquino government came up with a list of seaports, airports, military camps and other facilities, which it is opening up to US troops. It eventually also granted the US military “unprecedented access” and “unrestricted prerogative” to make use of naval and airport facilities in former military bases in Clark and Subic, even without an appropriate treaty.

This week, Aquino infuriated patriotic groups with his request to US for deployment of spy drones over the South China Sea.

Such “open invitation for US intervention is an act of outright treachery,” the Communist Party of the Philippines (CPP) said in a statement. It added that in doing so, Aquino “is providing the US military the justification and legal cover to carry out military intervention in the Philippines and in the South China Sea.”

“The relationship the Philippines has with US is that of a dog being dragged in chains of neo-colonialism by its imperialist master,” said Mai Uichanco, national secretary general of League of Filipino Students. 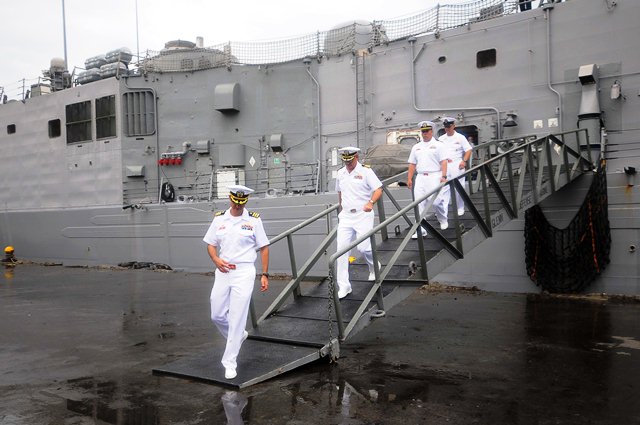 “By conducting the naval exercises in Sarangani Bay, the US hopes to build up its presence in Mindanao with the objective of expanding its network of bases and ports providing access to US naval war ships stretching from the northern tip of Australia to southern China and up to the Korean peninsula,” said the CPP. The revolutionary group estimates that the US military is eyeing Sumbang Point in Glan, Sarangani Province as an additional naval base or naval access point that will provide it with the necessary facilities for repairs, resupply and rest and recreation for its troops.

“Such a naval access point in southern Mindanao will combine with the naval and air base facilities in Subic, Zambales and Clark Air Base in Pampanga, which the Aquino regime recently allowed the US military to access,” added the CPP.

This access is noticeably being used more often. Last week, nationalist opposition and protests were roused when a US submarine docked inSubic Bay a few weeks after a similar docking by another American nuclear submarine.

The USS Louisville, a US Navy fast attack submarine, arrived last week at Subic Bay Freeport for a weeklong visit and refurbishment. The Louisville is reportedly armed with Tomahawk cruise missiles.

The frequent port call of nuclear-armed warships in Subic Freeport for repair prompted Gabriela Women’s Party to call attention to how the US government seems to have effectively “circumvented the Constitutional ban on nuclear weapons and reactivated its bases in the Philippines.” Gabriela Rep Luviminda Ilagan noted that even without a military basing treaty, a US warship builder and developer, AMSEC Huntington Ingalls Industries, has partnered with Hanjin Heavy Industries, “practically transforming the Hanjin shipyard in Subic Bay into a US military base.”

On top of all those renewed access, critics said, the US military already has an undeclared military base inside Camp Navarro inZamboanga City, where around 700 US troops are deployed, not to mention other military installations it has put up all over the Philippines in past joint exercises and disaster relief operations.

The immediate excuse for all this additional US military presence in Philippine soil and seas is Chinese ‘bullying.’ But patriotic Filipinos refuse to buy into the ruse as groups condemn Aquino’s “patriotism” that, they note, gets stirred up only in the face of Chinese boats patrolling disputed territories, but not in the face of US warships, planes, drones and troops that set up base within Philippine territory.

“While the Department of Foreign Affairs boasts of its thrust to negotiate the issue (with China) through diplomacy, Aquino, on the other hand, shows insincerity in resolving the dispute altogether by dragging US support in the matter. The possible deployment of spy planes is just an addition to the well-orchestrated US narrative as a sloppy excuse to maintain permanence in the region,” the LFS said in a statement.

“Aquino has stepped up international publicity in condemning Chinese ‘bullying’ for having deployed its sea patrols near and around the Spratly Islands but has welcomed the increasing presence of US military warships and submarines in complete disregard of Philippine sovereignty and territorial integrity,” the CPP said in another statement.

The rebel group expressed its support to the people of Sarangani “in opposing the naval exercises and US plans to set up base in Sumbang Point.” The protest actions to be conducted in Sarangani, it said, are “an important expression of patriotism that will echo the Filipino people’s demand to put a stop to US interventionism and oppose the Aquino regime’s all-out puppetry to the US government.”

Other protests against the influx of US warships, troops and exercises are reportedly slated for the coming weeks as Aquino prepares for his third State of the Nation Address.