The US pivot and the Obama visit

The US decided to pivot or to deploy around 60 percent of its troops, warships and submarines, and jet fighters to the Asia-Pacific region not out of a whim and certainly not merely because of the conflicting territorial claims at the West Philippine Sea. There are deeper reasons to it. The same is true with the Asian tour of US Pres. Barack Obama. The main reason for the Asian visits of US President Obama is not merely to assure its “allies” that the US is there to side with them as the Aquino government would want the people to believe. It is about US interests first and foremost.

Bulatlat.com is uploading three substantial articles from Ibon Foundation to provide the geopolitical and economic context to the US pivot and the Obama visit.

In crisis: Why the US is pivoting to Asia Pacific 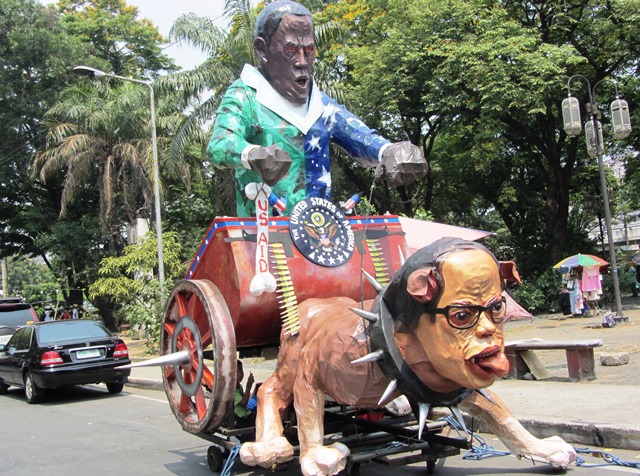 Philippine officials say US President Barack Obama’s visit to the Philippines, the final leg in a series that includes Japan, South Korea and Malaysia, intends to deepen and strengthen US-Philippine bilateral ties. The Obama visit is part of US efforts to increase its comprehensive engagement with countries in the Asia Pacific region. He and President Aquino are set to tackle economic and security cooperation, including the modernization of the two countries’ defense alliance as well as efforts to expand economic ties and spark economic growth through the Partnership for Growth (PfG). (Click here to read more) 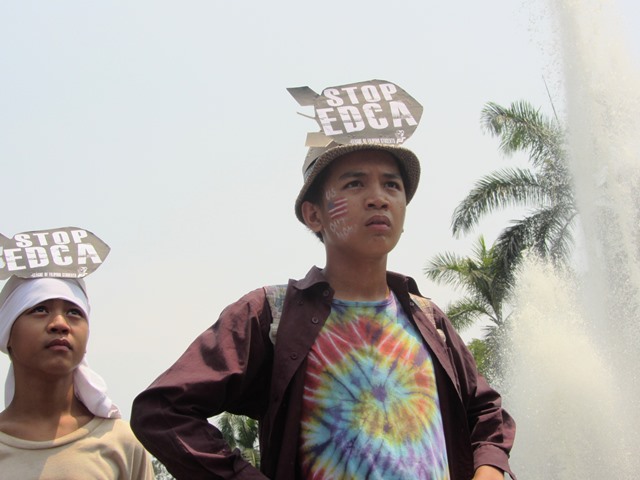 The Philippine government is on the brink of reaching a new agreement with the United States on an even greater American military presence in the country. If sealed, the pact will only be the latest step in the country’s steady regression into greater neo-colonialism over the past 12 years. But it will still be notable for overtly subordinating the Philippines to the US and supporting US militarism in the Asia-Pacific. (Click here to read more) 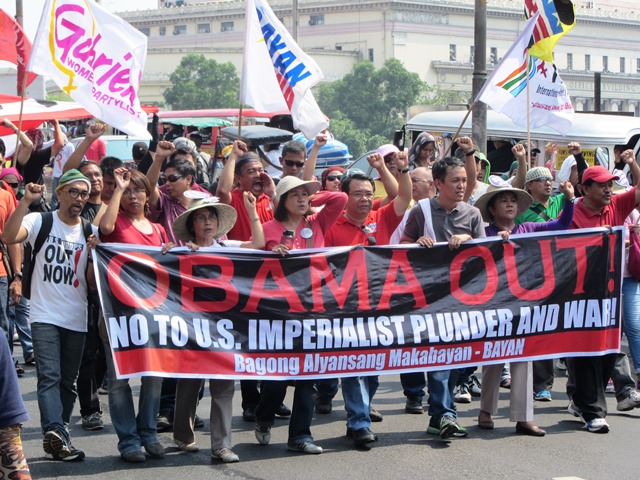 US President Barack Obama’s visit underlines the increased bilateral engagement between the Philippines and the US. It comes at a time when US foreign policy is increasingly focused on the region under its so-called pivot to Asia Pacific. The visit, which follows a series of high-profile exchange of visits between top Filipino and American Executive and Defense officials since 2010, is controversial amid the signing of a new agreement between Manila and Washington to increase rotational presence of American troops in the country or basing privileges and the still ongoing territorial spat with China. (Click here to read more)