Prisoners of War released by NPA 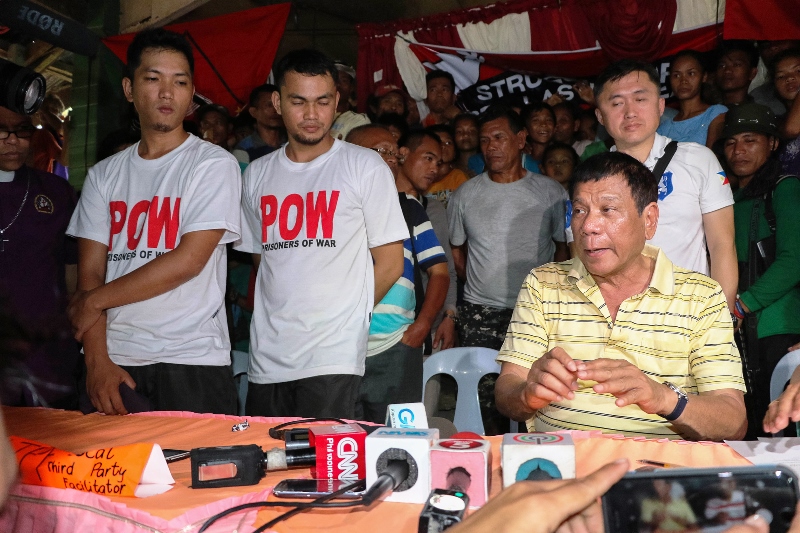 MANILA — A month since they were captured, two Prisoners of War were released by the New People’s Army (NPA) in Agusan del Sur in the presence of Presidential candidate Rodrigo Duterte.

Duterte (right) expressed his gratitude during the turnover ceremony May 3, 2016 to the New Peoples Army who have a base in Talacugon, Agusan Del Sur.