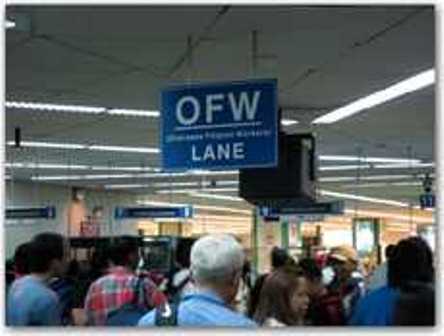 Three years later, after the bittersweet circus of Mary Jane’s case, she remains in jail in Indonesia, unsure of the final verdict in a crime she insists she didn’t commit.

Part 1 of 2: Mary Jane Veloso, 3 years after the reprieve

MANILA — “Very tough, very oppressive. When Mary Jane was imprisoned, it’s like our whole family has also been imprisoned.”

These are just a few of Nanay Celia’s recollections of her daughter’s ill-fated try as an OFW (overseas Filipino worker) in Indonesia. Mary Jane Veloso, Nanay Celia’s youngest of three, was arrested and sentenced to death in October 2010 for allegedly smuggling 2.6 kg of heroin into Yogyakarta Airport. In 2015, amid a strong international campaign for her pardon, she got a last-minute reprieve. Philippine authorities asserted that her testimony would be significant in the criminal proceedings against her illegal recruiters Maria Cristina Sergio and Julius Lacanilao.

The whole country prayed for that last-minute stay in her execution. Family, relatives, friends, and human rights groups celebrated in front of the Indonesian embassy in Manila for Mary Jane’s temporary reprieve.

Three years later, after the bittersweet circus of Mary Jane’s case, she remains in jail in Indonesia, unsure of the final verdict in a crime she insists she didn’t commit.

Three years after the reprieve

Despite the developments that led to the stay in Veloso’s execution, the lack of a clear timeline and urgency for her case in the Philippines is dimming her family’s hopes. Nanay Celia has long requested for her daughter to be allowed to testify. It was only this April 27 that her appeal was finally approved by the Nueva Ecija Regional Trial Court.

“Our lawyer said, if they wouldn’t allow Mary Jane to testify, we might lose the case. But Duterte and Cayetano won’t allow her to testify,” Nanay Celia said.

Nanay Celia shared how she and the rest of the family have been struggling to contact Mary Jane all the way from the Philippines. Her daughter eventually devised a way, borrowing a phone from policemen so she could contact her family in the Philippines.

“I last saw Mary Jane only this April. I could see from her face that she’s very eager to come home. When she heard about my (then upcoming) visit to Indonesia, she requested for photos of her sisters, her nieces, and where we live now.”

Until now, Mary Jane’s family is on edge as she remains in death row in another country. Even with the Nueva Ecija Court of Appeals’ April decision allowing her to testify against her illegal recruiter, her detention in Yogyakarta has so far prohibited her from exercising her right to confront her recruiters.

“We are still awaiting resolution of her case. It’s been more than three years; most of the hearings were just postponed. With Maria Cristina Sergio’s pool of witnesses, I’ve been thinking: how many more years would Mary Jane spend in jail? We don’t know if she’d be released alive or dead, or if she could even go back home. We don’t know.”

President Duterte has earlier said he was thankful for the Indonesian government’s reprieve and that he would respect the prevailing laws in the said country.

In a forum organized by Migrante International on July 14 entitled SUMA 2018, about 100 participants from different groups gathered to tackle the Duterte administration’s labor export policy.

“Expect the regime to heighten the four-decade-old labor export program as a quick fix to this dilemma. More Filipinos will be peddled for enslavement in foreign lands as life in the Philippines becomes unbearable under this regime, while private contractors, on the other hand, plan to bring in Chinese laborers as dictated by Duterte’s Chinese lenders”, Migrante said in a statement.

Duterte promised to end contractualization in 2016. As he gears for his State of the Nation Address and commences his third year in office, human rights and labor groups have amplified their calls for decent wages and regular jobs. The president’s earlier promise brought high hopes to millions of OFWs around the world. However, it has yet to be fulfilled.

Studies by Migrante International revealed that widespread unemployment and contractualization are still the root causes of migration. These phenomena have also set off simultaneous strikes of workers in various large factories in the country such as Nutriasia, PLDT, Jollibee Foods Corporation.

Along with Nanay Celia Veloso in the forum were other OFWs who have been sent back to the country. Larry Maano, a factory worker in Saudi Arabia for a decade, was forcibly deployed back to the Philippines. His homecoming was a hard price to pay as his son was shot and killed under President Duterte’s Oplan Tokhang.

On the other hand, Thea Pintuan, wife of a 10-year OFW, shared how their family has been struggling to provide for their basic needs, now that the government has implemented the Tax Reform Acceleration and Inclusion Law (TRAIN Law).

“We could not afford to rely now on just the remittances because TRAIN has been derailing our dreams. Now, my husband’s salary could not suffice for our food, rice, and other needs, Thea said in her testimony.