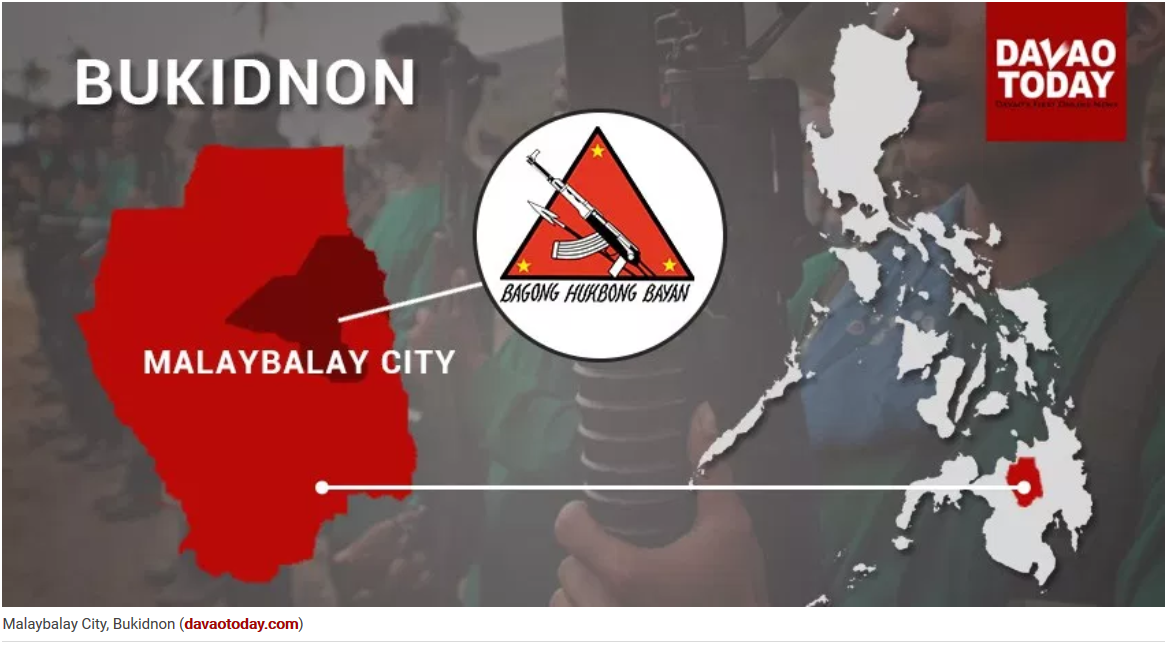 Ka Malem Mabini, spokesperson of the New People’s Army in Northern Mindanao, said that communist rebels raided the military detachment on Thursday at around 9:00 p.m.

The communist rebels seized 7 firearms and ammunition including 1 M203, 3 BB M16, 1 M16 long, 1 M14, and 1 Garan. Four soldiers were killed while three NPA guerillas were wounded in Valentine’s Day attack, according to Mabini.

“In this military action, it was confirmed that two officers of the Special Forces were killed-in-action while one soldier was wounded-in-action. The Red armies also seized seven (7) different high-powered rifles from the soldiers,” Mabini said. (davaotoday.com)