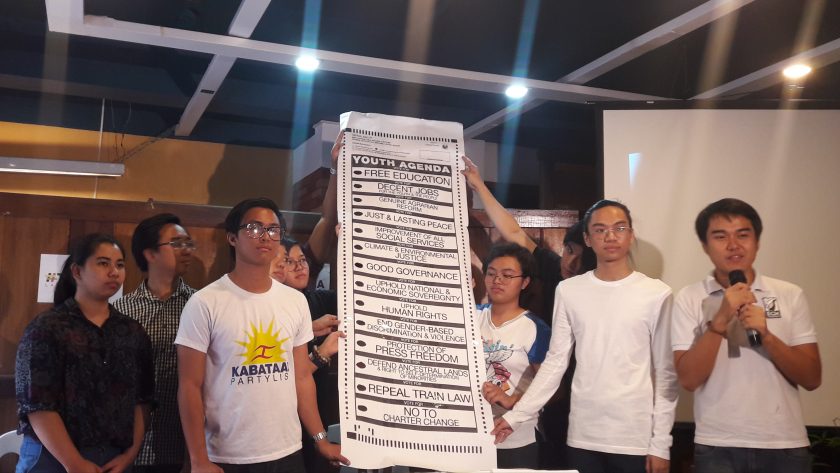 MANILA — Various youth organizations formed and launched “Laban Kabataan, Tayo Na”, a youth broad coalition calling to push for an independent senate and stand against dictatorship, with a 14-point pro-poor and pro-people Youth Agenda, for a free, democratic, and progressive future, March 27, in Quezon City.

“The youth should take part in the politics. We should not just settle and impose our criticisms through social media, it is not enough in this kind of political status, where there is a dictator. The youth must stand together and encourage other youth organizations to join the plight of the people.”, said Jeremiah Tomas of Liberal Youth. 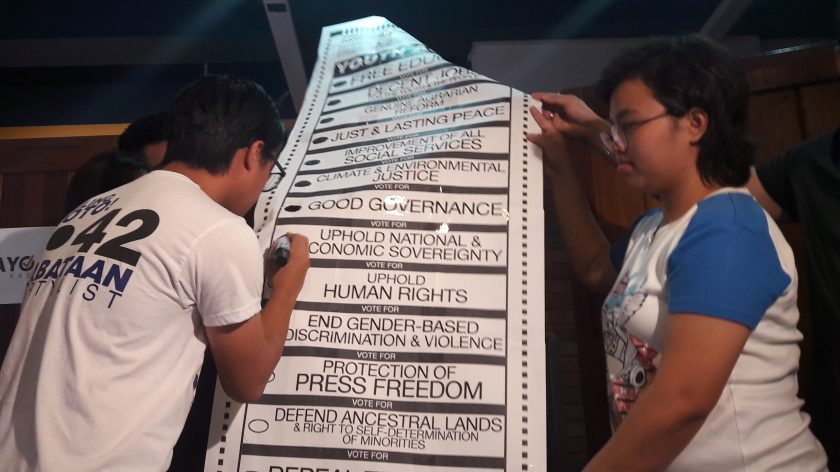 During the gathering, they stood in solidarity as they aim to take collective action to change the course of country’s future, especially with the upcoming elections.

“Those candidates who will have a seat on the senate, hopefully would be the voice of the people and will go against the anti-people and anti-youth policies.”, said Raoul Manual of YANAT, ephasizing the aim of the youth coalition.

During the launch of “Laban Kabataan, Tayo Na,” various youth groups presented their 14-point Youth Agenda. These are: 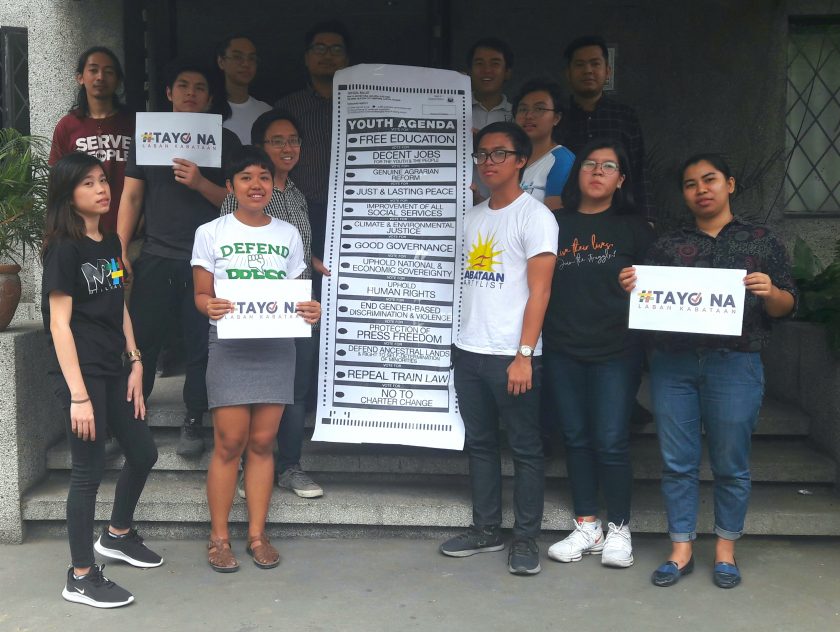 In a statement, Laban Kabataan, Tayo said that senatorial aspirants are called on to heed the youth’s 14-point agenda, which they said are “compendium of calls and demands instrumental to the holistic advancement of the youth’s welfare and the nation as a whole.”

Kenji Muramatsu of SCMP added that they will hold to account the senators on their electoral promises even after the election.

“In the spirit of collective action, we call for unity amongst the youth and candidates to create a free, democratic, and progressive society to build the foundations for a braver and bolder Philippines.”, said Laban Kabataan, Tayo Na.