An appeal for sobriety and prudence

The rich literature on political upheavals and collective behavior points to historic mass movements as motor of radical social and political transformations. The world is yet to witness the kind of strength unleashed by mass movements that overthrew dictators like Marcos being spawned by a mindset shaped by anti-communist meritocratic credentialism.

In the book “The Reactionary Mind” (2011), Robin describes how “[e]very once in a while … the subordinates of this world contest their fates. They protest their conditions, write letters and petitions, join movements, and make demands. Their goals may be minimal and discrete—better safety guards on factory machines, an end to marital rape—but in voicing them, they raise the specter of a more fundamental change in power. They cease to be servants or supplicants and become agents, speaking and acting on their own behalf. More than the reforms themselves, it is this assertion of agency by the subject class—the appearance of an insistent and independent voice of demand—that vexes their superiors.”

But what exactly takes place when this act of contestation vexes colleagues or a group of people relatively well known in specific academic circles?

I am talking about the red tagging and red bashing by some people, namely, Vicente Rafael, PhD, Patricio Abinales, PhD, Walden Bello, PhD (labeled the national democratic (ND) left, Marxist-Leninist-Maoist as “extremist left”), Sylvia Claudio, PhD (labeled the NDs as “fascist left”) and Lisandro Claudio, PhD,notorious for tagging mass organizations as “front organizations” of the Communist Party of the Philippines (CPP) and for supplementing Duterte’s terrorist tag on communists. Lisandro Claudio, PhD asserts communists are morons. Another academic by the name of Peter Zinoman, PhD joins what is beginning to sound like an anticommunist chorus by hinting that communist recruitment is happening in the US, particularly in his own campus, UC Berkeley.

It is astonishing to see academics defend Lisandro Claudio’s relentless attacks on activists as members of communist fronts by affirming the same claim as we all witness the rise of right wing authoritarianism worldwide. Duterte’s counterinsurgency program as implemented by Oplan Sauron has killed more than 200 farmers and mass leaders suspected as communists. The defense for Lisandro Claudio, PhD is an opportunistic reaction to a petition signed by 467 academics, artists and activists. The petition rightly argues that an academic who is engaged in tagging activist organizations as communist fronts is doing something unbecoming. It correctly articulates the global and local contexts in which such disposition is lamentable at the very least. 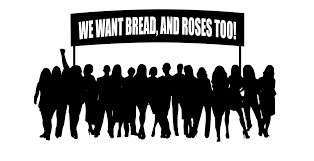 I have carefully studied how this petition locates itself in the scheme of things deemed academic.

First, while it aimed at weighing in on the hiring process, not a single petitioner has a say in the same process—not a party to any process of screening and evaluation, no voting powers and the like. Outsiders are not part of any hiring and firing committee in any academic institution.

Second, the petitioners are concerned enough to bring in an important facet of Lisandro Claudio’s academic disposition. And this is one that, for obvious reasons, will not figure in any of the documents Claudio submitted for application at The University of California-Berkeley (UCB). This is Lisandro Claudio’s pernicious and relentless act of tagging Philippine activist organizations as communist fronts. That this second point is non-academic is farthest from the truth. Lisandro Claudio, PhD engages in red baiting and red tagging without having to claim that he is different from the Lisandro Claudio PhD the academic. In other words, his hatred for communism and communists, which extends to non-communist activists carries the full weight of his academic achievements. After all, don’t his academic works, in varying degrees, make the same anti-communist claims? However, the petitioners neither besmirch nor contest his academic work. The petition is clearly focused on his disposition toward activists. He is not the first and only avowed anti-communist academic. But not all anti-communist academics are engaged in red tagging and red baiting, at least not in the same magnitude that he is.

Recently, an essay by Teo Marasigan triggered another wave of communist witchhunting from the same figures. Marasigan argues that socialist principles do not warrant petitions of that nature. Does Marasigan, like his ideological rivals, presume that petitions which challenge red tagging and communist withchhunting are actions that can only come from an organized socialist bloc? Abinales, Bello, and Claudio (the mother) have now been posting speculations about how 1) the petition is probably initiated by the CPP and Bello speculates that with their pushback, the Party now wants to disassociate itself from it, and thus Marasigan’s essay, and; 2) the petition is initiated by careerists, who according to Abinales, should be reported by Marasigan to the CPP for disciplinary action and sued by Lisandro Claudio, PhD.

The speculation about the CPP orchestrating such an action is an underestimation of the Duterte regime’s discredit. Lisandro Claudio, PhD mouths the Duterte regime’s official position on activists. One does not have to be a card-carrying Party member or a cadre to figure that out. If Professor Bello honestly thinks that Marasigan’s take on the issue, which challenges the validity of the petition based on socialist principles, is indicative of the effective ways in which they have defended Lisandro Claudio, PhD, he can reflect on the difference between 467 and 5. Unfortunately, I did not have the benefit of insight that I have right now when I first encountered this petition in March. I sincerely self-criticize for this and would certainly want to add my name to that list if I may do so.

What these anti-ND and anti-communist academics deny is the fact that while the ND mass organizations supported the National Democratic Front and Government of the Republic of the PH’s Peace Talks, and even launched a massive campaign for peace based on social justice, the NDs more than their favored anti-ND social democrats and anti-ND Rejectionists have mustered the most organized and politicized anti-Duterte alliances both here and in different parts of the world since the Peace Talks were cancelled by Duterte. Is not the petition that exposes Lisandro Claudio’s modus operandi a symptom and a strong indicator of such painstaking organizing and unity against state-sponsored violence against above-ground activists?

To imply that people who support endeavors initiated by ND organizations are the unthinking kind is incorrect on at least 2 points:

1) NDs always initiate alliances in partnership with non-ND orgs, institutions and individuals. To my knowledge, no anti-Duterte alliance has been initiated by the NDs alone. I was, for example, in NYC when the Malaya Movement was conceptualized and built. I am a national democrat and an organizer for ACT and ILPS, and 2 years ago, for Malaya. I can attest to the fact that the very first meeting of Malaya was attended by journalists, academics, artists, activists of various ideological persuasions yet united against Duterte’s tyranny. We are all founding organizers of the US-based Malaya Movement. My academic work at times prevented me from contributing as significantly as my non-ND colleagues did. But it only pushed me to aspire to be a better comrade for that particular cause, which we still strongly share.

2) In connection with 1), where ever there is injustice, people find a way to self-organize and form broad alliances, even organizations. This is true based on the history of political movements worldwide. These anti-communist and anti-ND academics must be narcissistically assuming that non-NDs and non-communist haters are extensions of their beings. For why would they even dare question the critical faculties of people who defend and work with NDs against political persecution?

I have been blessed with the most satisfying friendship, camaraderie and support by people who do not necessarily share my communist view of the world. A significant number of these people are insulted and incensed by how they have been painted by these academics who have reduced debate to unbridled bashing and namecalling.

It is most unfortunate that some academics, such as the ones I have mentioned above, have used the petition as an opportunity to unleash the most raucus and jarring anti-communist and anti-ND tirades at this point when mass movements struggle to survive powerful men like Duterte, Modi, Bolsonaro, Orban, Netanyahu, Trump, etc. In my view, they could have, at the very least, criticized Lisandro Claudio, PhD for wrongly and unnecessarily tagging activist organizations as communist fronts as they fixate on meritocratic credentialism.

The University of the Philippines Diliman’s Dean Sylvia Claudio, PhD and Pinoy Weekly’s Teo Marasigan both ended their interventions with “bring it on,” meaning, to continue the ideological struggle. There is hardly any ideological struggle that can be gleaned in discourses that assume the Communist Party as the center of gravity of all political actions and criticisms.

Instead of challenging anti-NDs and anti-communists to a debate, I strongly appeal to their sense of sobriety and prudence. Please stop red tagging and red bashing. Members of ND organizations are not mere pawns of the CPP. There is no need to assume that communist parties are in an incessant search for pawns and exist to prey on clueless target party members.

What can they do
to you? Whatever they want.
They can set you up, they can
bust you, they can break
your fingers, they can
burn your brain with electricity,
blur you with drugs till you
can’t walk, can’t remember, they can
take your child, wall up
your lover. They can do anything
you can’t stop them
from doing. How can you stop
them? Alone, you can fight,
you can refuse, you can
take what revenge you can
but they roll over you.

But two people fighting
back to back can cut through
a mob, a snake-dancing file
can break a cordon, an army
can meet an army.

Two people can keep each other
sane, can give support, conviction,
love, massage, hope, sex.
Three people are a delegation,
a committee, a wedge. With four
you can play bridge and start
an organization. With six
you can rent a whole house,
eat pie for dinner with no
seconds, and hold a fund-raising party.
A dozen make a demonstration.
A hundred fill a hall.
A thousand have solidarity and your own newsletter;
ten thousand, power and your own paper;
a hundred thousand, your own media;
ten million, your own country.

“The low road” is from The Moon Is Always Female by Marge Piercy.

Sarah Raymundo teaches at the University of the Philippine Diliman-Center for International Studies. She is the Chairperson of the Philippines-Venezuela Bolivarian Friendship Association. She also chairs the International Committee of the Alliance of Concerned Teachers (ACT). She is also the External Vice Chair of the Philippine Anti-Imperialist Studies (PAIS) and a member of the Editorial Board of Interface: A Journal for Social Movements.