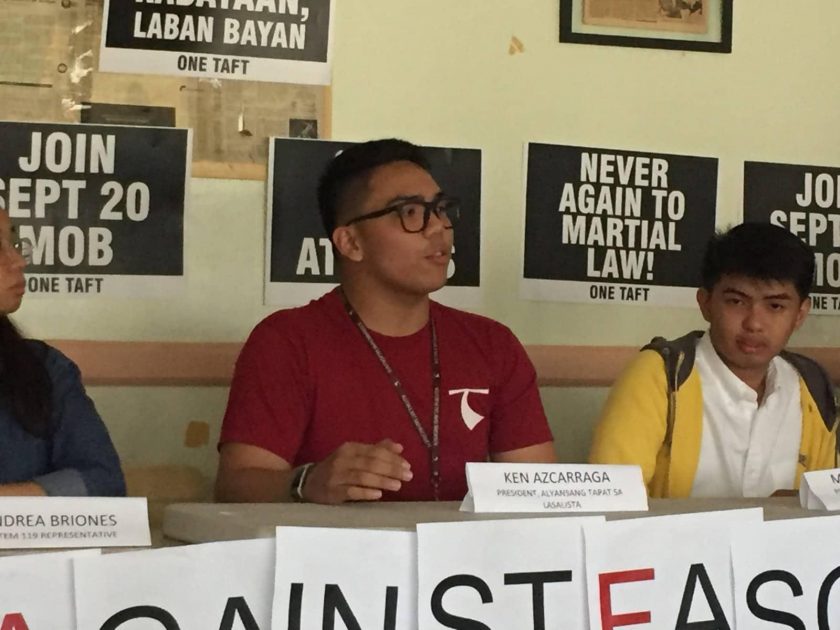 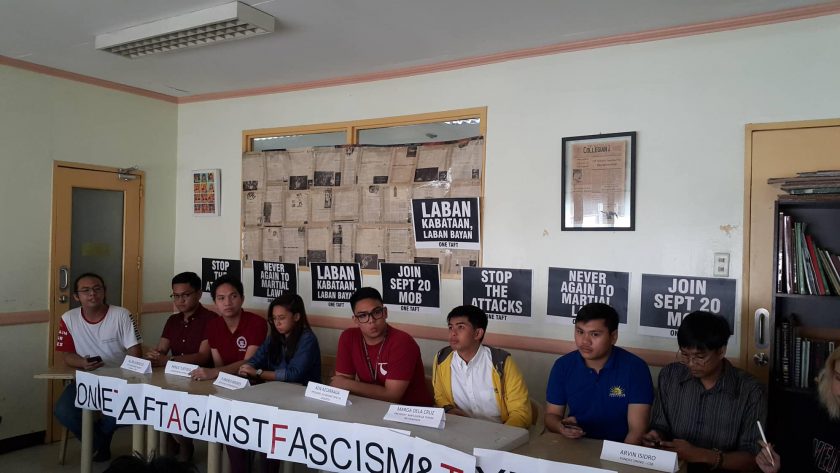 MANILA – Student representatives from colleges and universities along Taft Avenue joined the nationwide call for a big protest action on Friday, Sept. 20, the eve of the 47th year since the late dictator Ferdinand Marcos declared martial law.

“This year, I invite everyone to participate in a march — a march against Martial Law, a march against an administration that silences the people, fails to fight for our rights, and disallows a just and peaceful society,” said Ken Azcarraga of student group Alyansang Tapat sa Lasalista.

Students from these schools reiterated the importance of commemorating the Martial Law declared by Marcos as critics decry of an ongoing de facto martial law rule under the present administration of President Rodrigo Duterte.

The speakers also condemned the implementation of the controversial Good Conduct Time Allowance (GCTA), the spate of killings in the Negros region, and the red-tagging against youth and progressive leaders.