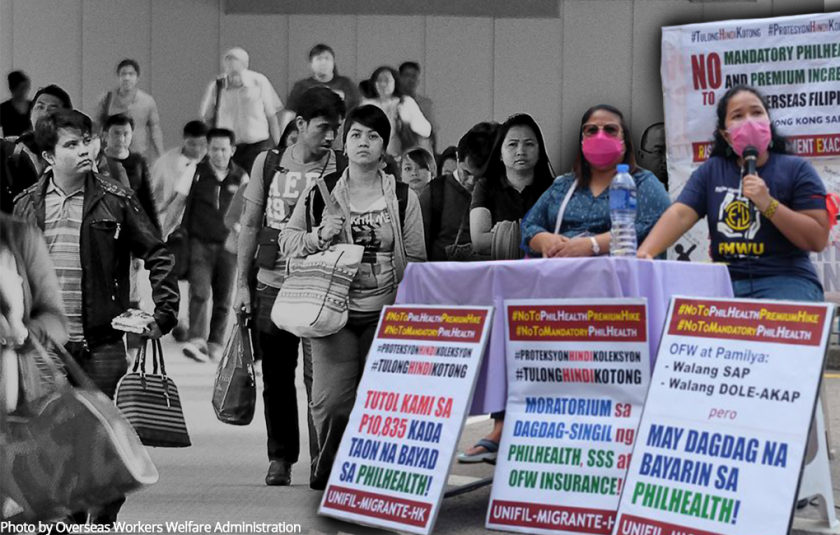 MANILA – Overseas Filipino workers and their families only saw broken campaign promises in the last five years of the Duterte presidency, Filipino migrant rights advocates said in an online forum.

“Overseas Filipino workers were neglected under Duterte. His campaign promises did not materialize, especially when he said that we can finally go home and work in the Philippines. In the middle of a pandemic, OFWs are still being seen as milking cows,” Dolores Balladares of United Filipinos in Hong Kong said.

This was echoed by other migrant leaders under the banner of Migrante International, where their leaders from various countries brought to the fore their struggles as Duterte is set to deliver his last State of the Nation Address today, July 26.

Among the many promises that Duterte made is to ensure that working abroad will soon be an “option” for Filipinos.

However, Migrante International estimates that at least a million Filipino migrant workers lost their work in 2020, and about 40,000 are stranded and are waiting for repatriation.

Operations of the Philippine consular offices were also reduced during the pandemic, which limited the services available to the country’s modern-day heroes not just on COVID-19 concerns, but on issues such as physical abuse, illegal recruitment, and human trafficking that they experience in their host countries.

They also highlighted the lack of food assistance, medical attention, educational information, and free health supplies for OFWs during the pandemic.

“With a pandemic in our midst, it is alarming that the list of the government’s neglect in a time when our fellow Filipino needed help the most,” said Joana Concepcion, chairperson of Migrante International.

Under President Duterte, the Philippine government has seen a decline in the Assistance to Nationals (ATN) budget of the Department of Foreign Affairs. This program aims to provide, among others, legal services to distressed OFWs and facilitate their repatriation. 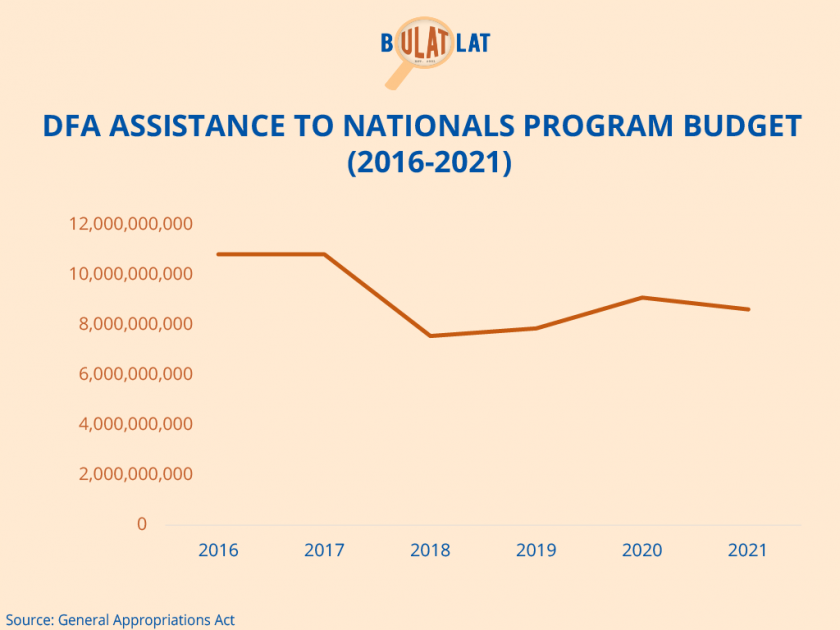 These funds could have been used to repatriate stranded OFWs due to the pandemic.

“It has been five years and we are still being treated as milking cows that will save our dying economy. But when it is our turn to ask for help, it is slow and without clear indications if help is coming at all. Duterte presidency must end,” said Noel Tolentino of Migrante Qatar.

The Filipino migrant rights group lamented that instead of getting much-needed assistance, they were still treated as milking cows.

Even as they were already decrying their poor working and living conditions, the Philippine Health Insurance Corporation still enforced mandatory membership and the collection of higher premiums for OFWs. These were later retracted due to public outrage. 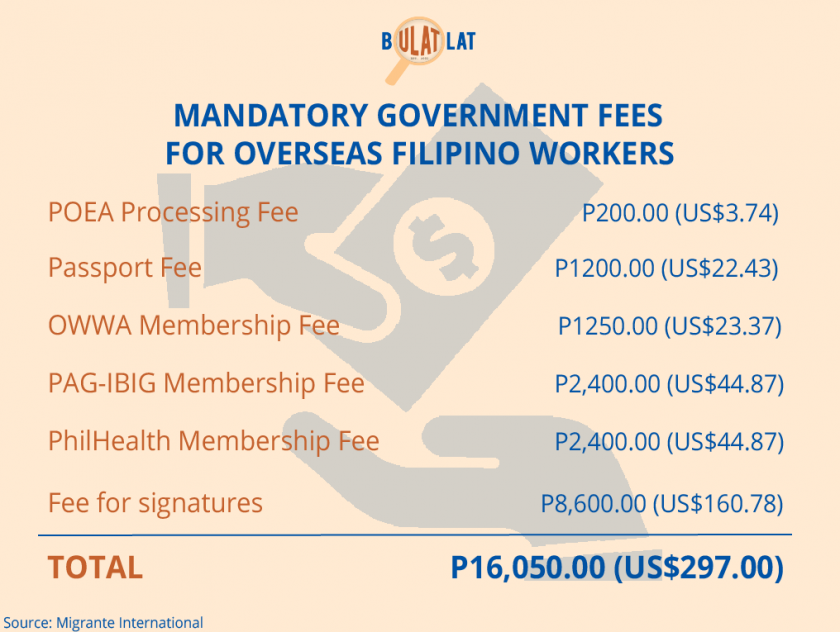 Such fees, according to Migrante, are irrelevant and only adds to their already heavy burden and distress as migrant workers.

Public funds are being used to attack rights defenders

OFWs, too, are up in arms over the fact that the funds collected from them are not used to improve the country’s social services but are instead funding government-sanctioned attacks against human rights defenders and activists.

Various progressive groups, their leaders, and members have been red-tagged by the National Task Force to End Local Communist Armed Conflict through town hall forums and social media campaigns. This, the group noted, has intensified with the implementation of the Anti-Terror Law in 2020.

They noted that military attaches instead of labor attaches were being deployed to Philippine outposts abroad, which Migrante International suspected to be part of surveillance efforts on Filipinos abroad who are critical of the administration.

Migrante also rejected Senate Bill No. 2232, the bill creating the Department of Migrant Workers and Overseas Filipinos, which President Duterte certified as urgent, as it will not answer the problems confronting OFWs and their families.

Concepcion said, “the government will not be able to deceive us that they have in their best interest with the establishment of a department for OFWs. We know this will not resolve the roots of poverty and the forced migration of many fellow Filipinos.” (JJE, RVO)