Why groups are opposing the ‘ayuda-less’ 2022 national budget 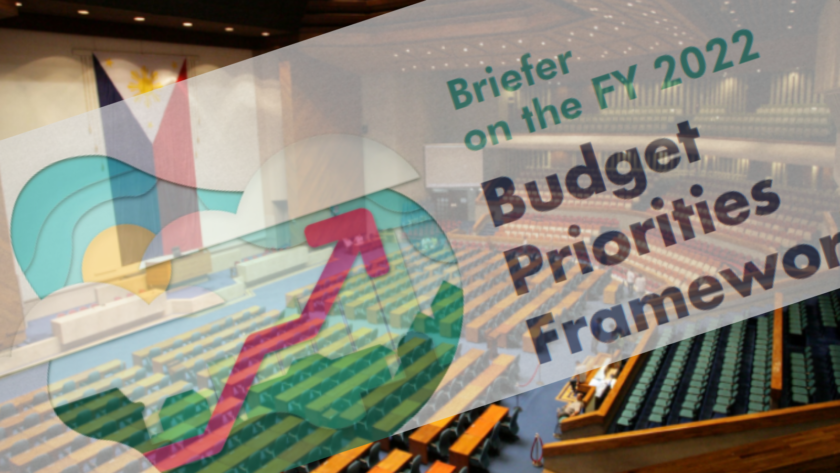 MANILA – Groups have expressed disappointment over the railroading of next year’s budget, saying that there was not enough time to ensure that there would be sufficient allocations to fund the country’s recovery from this pandemic.

“The Congress has increased the national budget despite the absence of transparency and accountability from those handling public funds including the DBM (Department of Budget and Management). This is the reason I am giving this House Bill 10153 a no-vote,” said ACT Teachers Rep. France Castro.

After only eight days of plenary hearings, the House of Representatives approved the P5.024-trillion 2022 budget. There were 238 lawmakers who approved the proposed appropriations bill on its third and final reading. Only six gave a no-vote.

House Speaker Lord Allan Velasco described the 2022 budget as a “blueprint” to help the country recover from the impacts of the pandemic. This, however, did not sit well with progressive partylists.

Castro said the 2022 budget was not responsive to the Filipino people’s calls on the government to provide for health and education. Instead, she said that due programs for both health and education services were slashed. Yet, she said that billions are allocated for the government’s infrastructure program, red-tagging operations of government agencies, and the big lump sump under the Office of the President.

“Where is the OP [Office of the President] heading? Will these funds be used for elections?” asked Castro.

In a statement, Bayan Muna Rep. Carlos Isagani Zarate said that while P203.1 billion ($4 billion) is alloted for health, the budget for defense and public safety is more than double at P508.7 ($10.02) billion.

Read: Union calls for PGH budget increase amid the sorry state of hospital

In a statement, independent thinktank IBON Foundation said the rushed conclusion of the budget deliberations without ensuring that due financial assistance will be provided to millions of Filipinos is proof that the government does not care about those hit hard by the pandemic.

IBON Foundation said that among the worst affected by the pandemic lockdowns were at least six of 10 Filipino families who are receiving P30,000 monthly. The group added that by the end of the year, over seven out of 10 families did not have savings to fall back on. This constitutes to about 15.4 million in the first quarter of 2020 to 17.8 million in the second quarter of 2021.

“Combined with the correct health and other stimulus measures, ayuda (aid) is crucial in easing the economic distress of Filipinos,” said IBON, adding that the budget and social welfare departments should bat for this in the 2022 expenditure plan in Senate and bicameral deliberations.

Is it possible to fund ayuda?

Earlier, progressive partylists under the Makabayan bloc filed a bill seeking to impose higher tax on Filipino billionaires, which was immediately shot down by the country’s finance secretary, saying it would “drive capital out of the Philippines.”

This measure, IBON said, will hopefully reverse the collapse in the economy and livelihoods, which are the government’s militaristic lockdowns and refusal to spend more for cash aid and supporting businesses and producers.

“Substantial revenues can be raised by taxing the country’s super-rich who can well afford to contribute much more to COVID-19 response and other needs. This is aside from how the administration can realign funds from bloated infrastructure, military and police, and debt servicing items in the proposed 2022 budget,” IBON Foundation in an earlier statement.