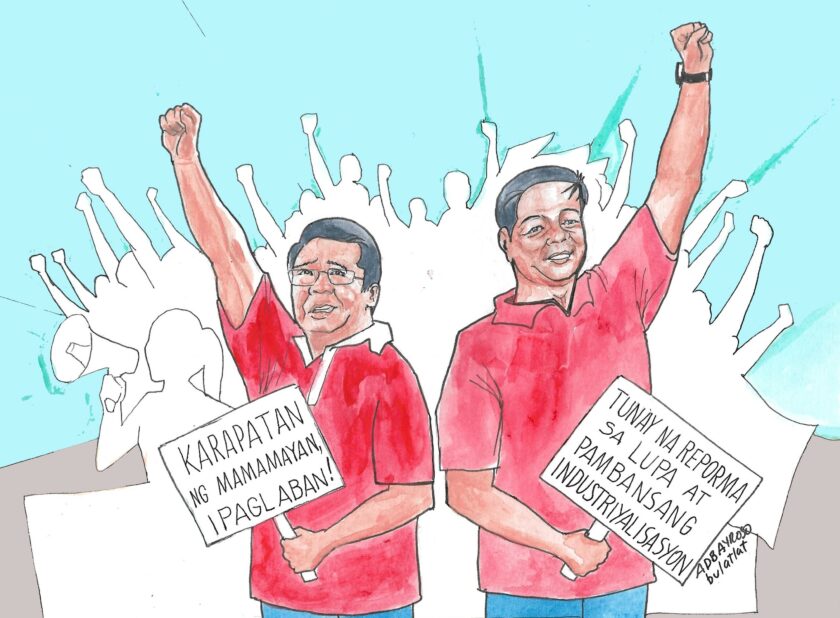 In the upcoming 2022 elections, the progressives are fielding two activists who are known for fighting for people’s rights and welfare all their lives.

Neri Colmenares, chairperson of both the Makabayan Coalition and the National Union of Peoples’ Lawyers (NUPL), has been actively assisting families of victims of human rights violations, calling out government abuses, fighting disinformation, and filing relevant legal measures to put a stop to what progressives deem as anti-people policies.

Kilusang Mayo Uno Chairperson Elmer Labog, meanwhile, once left his supervisorial job at a hotel in the Philippine capital to become a full-time labor organizer. He has not turned his back since then and has been at the fore in pushing for workers’ welfare.

For Colmenares, the past five years under the Duterte administration have made him more determined to stand for his principles. This is despite the relentless red-tagging with his photos plastered in several cities, inviting harm to one of the country’s leading human rights lawyers.

Labog, also known as Ka Bong, said his life reflects the struggles of the common tao (person), unlike the lives of those who have been dominating Philippine politics.