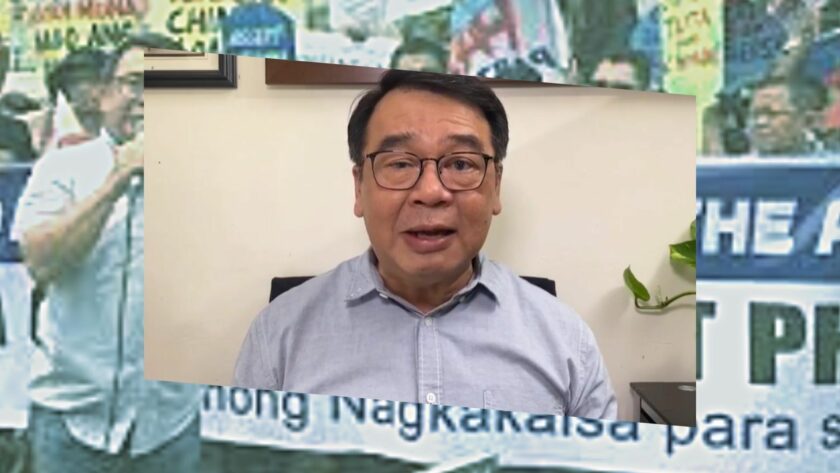 MANILA – Human rights lawyer and former Bayan Muna lawmaker Neri Colmenares is part of the senatorial slate of 1Sambayan, a group of advocates and civil rights leaders who hope to unite the opposition in the upcoming elections.

“This evening, important sections of the opposition were able to unite – 1Sambayan, and the supporters of Vice President Leni, Sen. Kiko Pangilinan, and Makabayan. This is the new face of our battle, where we will have more unified actions and cooperations that are more intense than before,” Colmenares told Bulatlat in a Huntahan episode aired live on Facebook, Jan. 28, 2022.

WATCH: Huntahan with @ColmenaresPH , shortly after he was included in @1Sambayan ‘s senatorial slate. We will start in a few minutes. https://t.co/EnqT88aUVi

Colmenares was a student activist during the martial law years and served as a lawmaker for progressive partylist Bayan Muna. He currently chairs both the Makabayan Coalition and the National Union of Peoples’ Lawyers (NUPL).

Colmenares revealed that the candidacy of Ferdinand Marcos Jr., son, and namesake of the ousted dictator, is an important component that paved the way for the unity between Makabayan bloc and Robredo camp.

Read: Neri Colmenares and the fight he has been waging all his life

Apart from Colmenares, another progressive leader and long-time union organizer Elmer Labog will also be vying for a senatorial seat in the upcoming elections.

Colmenares said, “This is not an easy win for the opposition this 2022. We need to gather all the votes we can get.”

The challenge, he said, is to win over even those who are supporters of Marcos Jr. (RVO)