War and hunger: Ukraine crisis and food insecurity in Asia 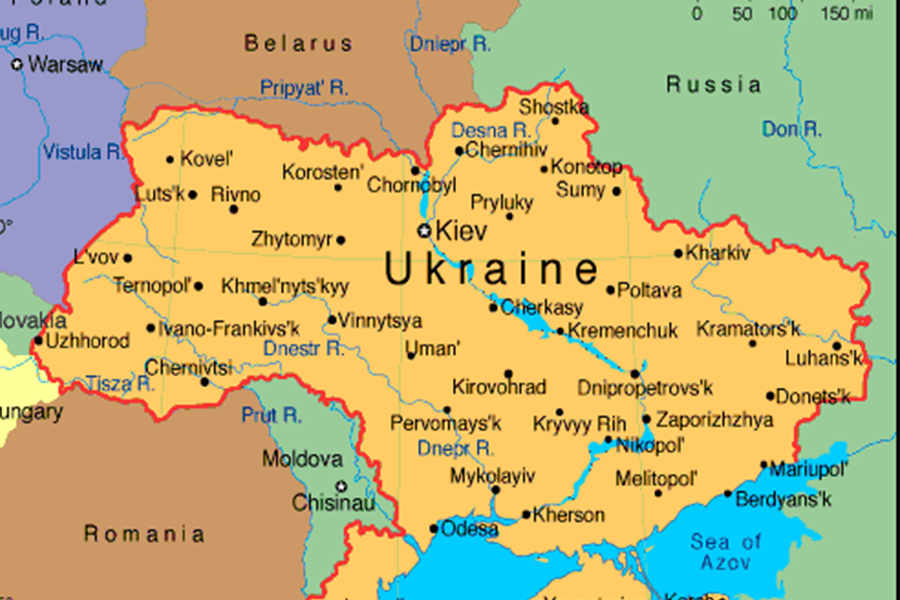 Ordinary people always bear the brunt of the conflict caused by the competing agenda of big global powers. Such is the case in the inter-imperialist rivalry underlying the Ukraine crisis between Russia and the US and its Western European allies.

Although they suffer the most, the conflict affects not only the people of Ukraine and Russia. With a highly globalized economy under neoliberalism, the fallout of the war is also felt far beyond their borders.

One dimension of this conflict is its impacts on the already grim state of the world’s food security. What does this mean for Asia, where more than a billion people – half of the global total – are already food insecure?

There are three channels that the crisis in Ukraine can contribute to greater food insecurity. One is the conflict’s direct impact on food trade in the region. Another is its effect on the supply of critical inputs that affect food production. And last is how food prices will further spike due to uncertainties arising from the crisis.

Disruption of the global food trade is one of the anticipated immediate impacts of the war. Russia’s military actions hinder the ability of Ukraine to transport its crop production. When the crisis erupted, Ukraine shut down all its ports and stopped grain exports – a situation that it said would continue throughout the conflict. US-based agricultural trader Archer Daniels Midland, the world’s second-largest agribusiness corporation, has shut down its Ukraine operations. Sanctions imposed on Russia by the US, Western Europe and their allies could also potentially impact the global food trade.

Ukraine and Russia comprise a small portion of the total food imports of the region. But in terms of specific food crops, Asia relies quite heavily on the two countries embroiled in the current conflict for their wheat imports.

Actual supply disruption from Ukraine and Russia will make it difficult for many South and Southeast Asian countries to source wheat elsewhere. Before the conflict, Asian wheat buyers were already grappling with tight supplies and high prices.

Further escalation in food prices is a primary concern that the crisis spawned. Even without real disruption in supply, massive speculation due to the conflict is driving up prices now. Fears of supply shortage pushed wheat prices to record highs, with international benchmark prices going up by 50 percent one week into the conflict. The crisis is also dragging up global corn prices (10-percent price hike) as buyers shift to alternative grains to wheat. About 60 percent of global corn production is used as livestock feed, meaning higher corn prices also exert pressure on meat, poultry, and dairy costs. Note that Ukraine and Russia account for 26 percent of global wheat exports and 14 percent of global corn exports.

Aside from being a significant food supplier, Russia is also a leading fertilizer producer globally. It accounts for 15 percent of global trade in nitrogenous fertilizers and 17 percent of global potash fertilizer exports, according to the International Food Policy Research Institute (IFPRI). Additionally, Belarus, Russia’s ally and a staging ground of its military operations in Ukraine, supplies 16 percent of global demand for potash. Belarus’s potash exports are already reeling from US sanctions even before the Ukraine conflict.

Many countries in Asia import their fertilizer needs from Russia and Belarus. The two countries account for 78 percent of potash fertilizer imports of Sri Lanka; Bangladesh, 76 percent ; Vietnam, 43 percent; Indonesia, 42 percent; China, 38 percent; India, 29 percent; Thailand, 28 percent; Malaysia, 26 percent; and Pakistan, 25 percent, among others, based on UN Comtrade data as processed by IFPRI.

Fertilizer prices have been hitting historic highs since the last quarter of 2021, contributing to increased production costs and higher food prices. Based on International Monetary Fund (IMF) data, the global fertilizer price index jumped by a whopping 147.33 points between December 2021 and December 2020, more than four times the increase in the previous 16 years. Tighter supply caused by the Ukraine crisis will push up fertilizer prices further, dictating ultimately what the poor could afford to eat. Since the outbreak of the conflict in Ukraine, fertilizer prices are projected to go up by as much as 32 percent from their already excessive levels.

Another primary source of pressure inflating food prices is the skyrocketing fuel costs. Russia is the world’s third-largest oil producer with 11.26 million barrels per day in a global market of about a hundred million barrels a day. The US ban on Russian oil – part of its expanding list of economic sanctions – sent global oil prices soaring. Since the crisis erupted, global oil prices have risen by more than 30 percent. This spiral in oil prices comes on the heels of already steep increases in international oil prices since last year. A month before the war, IMF data show that the crude oil price index (Brent, WTI, and Dubai) already surged by 62 percent from its year-ago level. Dubai crude, Asia’s benchmark in oil pricing, was already 38 percent higher than its year-ago level a month before the conflict, based on data compiled by IndexMundi.

Thus, beyond wheat and corn, the Ukraine conflict is compounding in a multitude of ways the already upward and alarming trajectory of overall food prices. Even before the war, global food prices were already at their highest levels in the last 47 years, based on the Food and Agriculture Organization (FAO) data. Amid the COVID-19 pandemic and worsening climate crisis, food prices ballooned by a huge 26% in 2021 – the highest annual growth rate in the past three decades.

The deregulation of financial markets in the early 2000s that allowed the trading of food and agricultural commodities in the futures markets underlie the general increase in food prices this century. Speculative activities also drive oil prices up, much more than actual supply and demand. Meanwhile, wars provide even more excellent opportunities for financial speculators to immensely profit at the expense of poor countries made dependent on food imports by liberalization. Thus, the Ukraine conflict illustrates how neoliberalism and imperialist wars burden the world’s peoples.

Asia is vulnerable because of its high dependence on food imports and prevalent hunger. South Asia, in particular, has been perennially a net food importer. In the past 20 years, its trade deficit has been averaging US$ 6.79 billion annually and growing by 50 percent per year, according to computations using FAO data. Almost 71 percent of Asia’s 1.20 billion food insecure are in South Asia – and nearly 387 billion of them are suffering from severe food insecurity. About 44 percent of South Asia’s population are food insecure, with 20 percent counted as severely food insecure – the second-worst in the world behind Africa. While Southeast Asia is an overall net food exporter, several countries in the sub-region are also posting food trade deficits, such as Cambodia, Laos, and the Philippines.

The crisis reaffirms the argument for food sovereignty and agroecology. With localized production to meet domestic food needs and agroecological approaches that eliminate the need for chemical inputs, countries and communities in Asia and beyond are better equipped to withstand the food security consequences of wars caused by inter-imperialist contradictions between powerful nations.

It also underscores the urgency to reverse the neoliberal restructuring of food and agriculture. Lacking any real policy tools against the onslaught of surging global food and oil prices, many governments today are scrambling to provide stopgap measures that are ultimately in vain. To effectively protect the people from the adverse food security impacts of the Ukraine crisis, the public sector must take back its power to ensure stable supplies and reasonable prices of food – functions of the state that privatization and deregulation eroded in the name of the so-called free market. These policy actions are urgent and doable.

Meanwhile, liberalization that allows the unrestrained entry of imported food must be halted, and governments should provide full support to local food production for domestic consumption. Policymakers should abandon the unsustainable export-oriented, import-dependent, and chemical-heavy food and agricultural production model, favoring local food systems based on people’s rights to food, decent livelihoods, and a healthy environment. A long-term and comprehensive program of genuine agrarian reform should unleash the productive capacity of the people to produce their own food in a sustainable and nourishing way.

Finally, food sovereignty demands that we stand with the people of Ukraine and Russia in asserting that their right to food should never be compromised amid the armed conflict. A just food system requires that “the people’s rights and human dignity must be upheld at all times” and that “no community, social class, or nation shall ever be deprived of access to food because of poverty, wars, or conflicts.” (RVO)