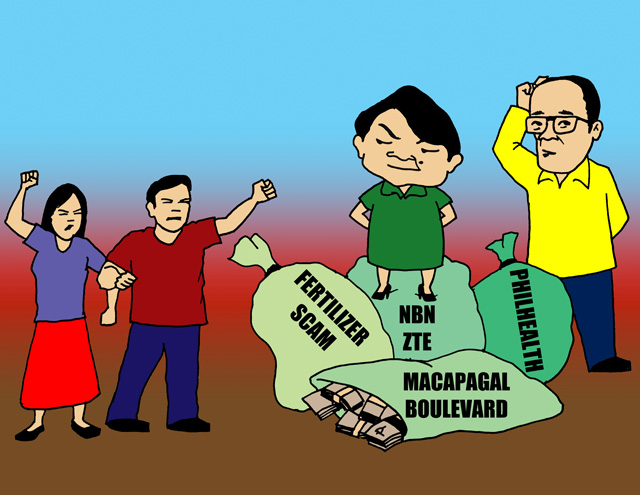 Finally, plunder raps were filed against former president Gloria Macapagal-Arroyo. People must have thought that it would never come to this. But it remains to be seen if the plunder raps – which was based on the transfer of OWWA funds to PhilHealth for the distribution of PhilHealth cards to boost Arroyo’s 2004 presidential campaign – would result in the conviction of the former president remains to be seen. The vigilance of the people is the key to ensure this.