You Are Here: Home → 2012 → January → 27 → Even children became victims of violent demolition in San juan

Even children became victims of violent demolition in San juan

“They (police) treated us like animals. They were beating us to death. But we did not give up, the youth are unshaken. We fought back.” – Gerry, 17, a resident of Corazon de Jesus.

MANILA – In ordinary days, the children of Corazon de Jesus in San Juan, Metro Manila would wake up early to prepare for school. But January 11, a Wednesday, was different. They were preparing to leave their homes as a demolition team of the local government was all set to destroy their community.

“We were told by the local organization that the demolition team and the police would be coming so we needed to pack our things and move away from the place so that we would not be harmed,” said Anna (not her real name), 12 years old.

Residents knew that a demolition would take place the night before. As early as 5:00 in the morning of Jan. 11, the residents, including children, prepared themselves for the worst. 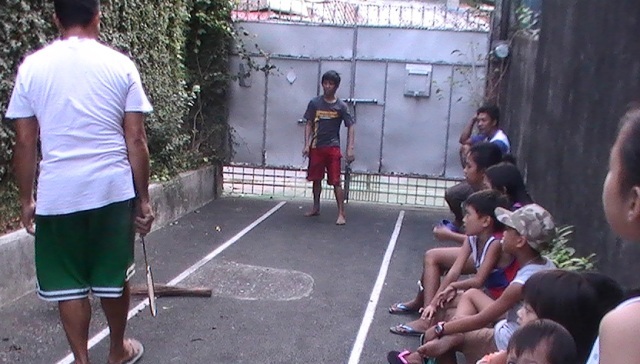 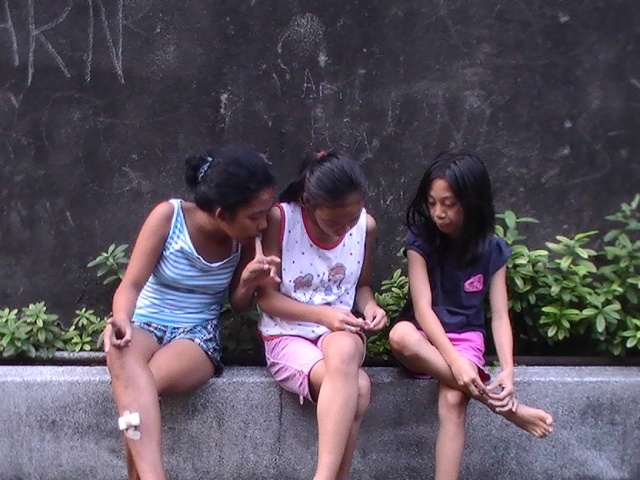 Children plays in their temporary shelter in TFUC-AMRSP in New Manila, Quezon City. There’s still life after the demolition, the only question is how to get it back to normal. (Photos by Anne Marxze D. Umil / bulatlat.com)

As they packed their things, Leah (not her real name), 13, said flashbacks of last year’s demolition came to her mind that made her even more terrified. “I remembered when they (demolition team) threw teargas at the residents. One child almost died. We, at that time, were hiding in a tunnel but the smell of the teargas still reached us.”

It was on January 25 last year when the community was violently demolished. Fighting for their homes, the residents did not give in to the offer of the local government to relocate them in Rodriguez and Montalban, Rizal, some 30 kilometers away from Manila.

Lean Flores, campaign officer of Akap Bata Partylist, said children are the most vulnerable in situations like a demolition. “These children are too young to experience such cruelty. They are not emotionally ready seeing their mothers crying, pleading to the police, seeing that their houses are being destroyed; it traumatizes these children.”

Anna said she worries about her future. “I was with my mother that time helping her to pack our things. I thought about my future, what would happen to my education? Where will we live?” 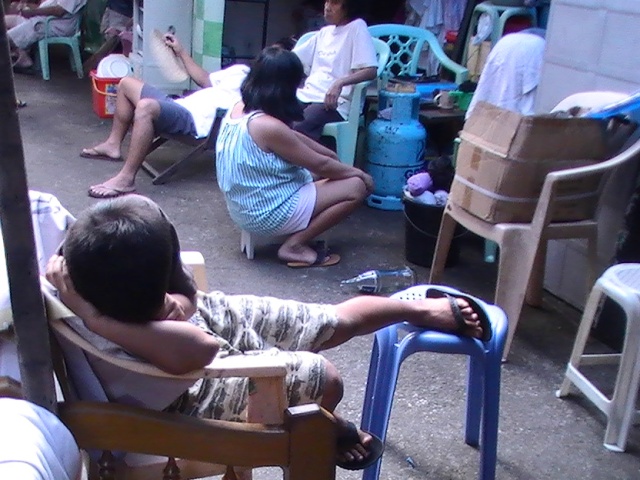 They said they are sad but also angry. “They (the local government) said our houses were already awarded to us but why are they doing this to us?” said Karen (not her real name), 13 years old. “I am angry with the police. They said they are for the people, but why are they beating up the residents who are only fighting for our right to live in Corazon De Jesus,” she added.

To protect the children from harm, they were sent to St. John the Baptist Parish Church, in Pinaglabanan in San Juan but, according to a local urban poor leader Antolin Penaranda, 45, no one opened the door. The children were then brought to the mini-park located behind the Pinaglabanan Elementary School. But not all of the children were sent to safety; some participated in the defense of their homes against the police and the demolition team.

Gerry (not his real name), 17 years old, joined the adults in the barricade. He said he may be young but he is willing to fight for their land since they will not benefit from the mall, parking lot and housing project that the local government plans to build at Corazon de Jesus. His family also refused to be relocated in Rizal since it’s too far away from school, hospital, among others.

Speaking like an adult, Gerry said San Juan Mayor Guia Gomez should have talked to them but instead of negotiating with the residents of San Juan, Gomez sent police, truck and a demolition team. “They (police) treated us like animals. They’re beating us to death. But we did not give up, the youth are unshaken. We fought back,” Gerry told Bulatlat.com.

“We would have won only if the police did not throw teargas,” he added. “We have been living here for decades now. Then they want us to leave Corazon De Jesus that easy?” 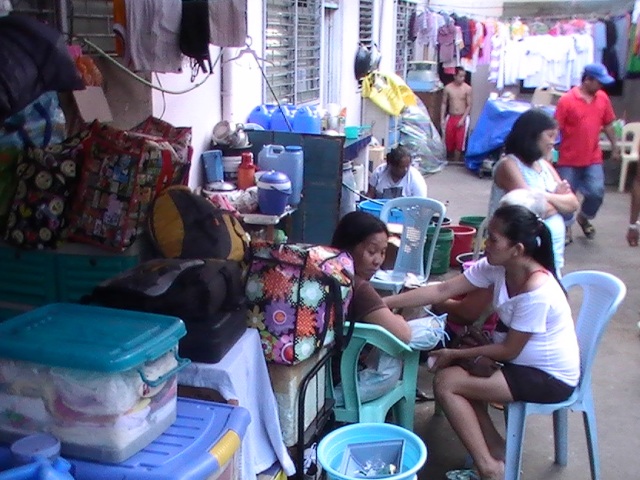 After the demolition last Jan. 11, some 60 families were housed by the Task Force on Urban Conscientization-Association of Major Religious Superiors (TFUC-AMRSP) in New Manila, Quezon City. These are families who refused to be relocated in Rizal. Some families are renting houses in San Juan.

Penaranda said many children were traumatized by the violent demolition in Corazon De Jesus as children. “Many of the children were taken away from the community, but some children, those who didn’t want to be separated from their mothers who fought for their homes experienced state violence at such an early age,” Penaranda said.

Dong Suyat, 34, has a two-year-old nephew who was traumatized after the demolition. “He saw how violent the police were, and how residents were beaten up. And then after two days, he was already having nightmares. He would scream while asleep and wake up shaking,” Suyat told Bulatlat.com.

In their temporary shelter in New Manila, the residents have been trying to go back to normal. According to Penaranda, some parents have gone back to work; some children are back to school. Others can’t afford the transportation fare from New Manila to their school in Pinaglabanan.

Akap Bata has taken some measures to help the children continue with their studies. “We are now talking with the Alliance of Concerned Teachers to teach those children who were not able to go back to school. We already wrote to Bro. Arrmin Luistro of the Department of Education for the accreditation of the said plan,” Flores said.

“This government has violated the rights of these children. It is the government’s responsibility to protect them, give them shelter, but look at what they did?” Flores told Bulatlat.com.

Arlene Brosas, secretary general of Akap Bata Partylist, pointed out the importance of homes to aid the holistic development of children and the demolition would definitely hamper their development. “It’s such a shame that children worry about their future while the LGU and the national government are seemingly ignorant and insensitive to their basic rights and needs,” Brosas said.

The Philippines is a signatory of the Convention on the Rights of the Child, Flores added. But the local government of San Juan blatantly violated the said Convention – the first legally binding international instrument that protects children in the whole world.

According to the Convention children have the right to survival; have the right to develop to the fullest; to protection from harmful influences, abuse and exploitation; and participate fully in family, cultural and social life.

“Child rearing is also a state responsibility, thus the state has a responsibility to give them shelter which is safe and free from harm. It’s not their parents’ fault that they live in an urban poor community because the state has neglected them,” Flores said.