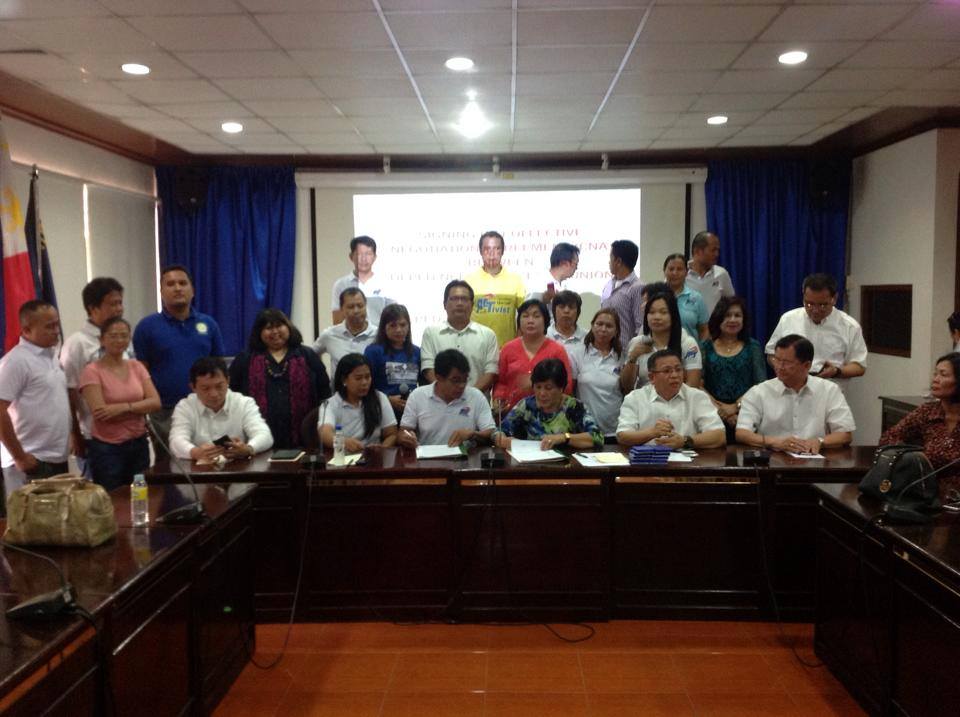 MANILA – A historic collective negotiation agreement (CNA) was signed between the Alliance of Concerned Teachers-National Capital Region (ACT-NCR) Union and the Department of Education-NCR on May 26.

ACT Teachers partylist Rep. Antonio Tinio, who was present during the signing, hailed the agreement.

“I salute the thousands of NCR public school teachers who said ‘yes’ to the formation and recognition of a single union to fight for their interests on the negotiating table and beyond,” he said.

ACT-NCR Union is the first-ever accredited regional union of public school teachers in the country and the largest union of state workers. It was accredited as the sole and exclusive negotiating agent for the 62,000-strong teaching force in NCR on Jan. 11, 2012.

The benefits in the CNA include:

Monetary benefits such as a CNA incentive;

Assurances for better working conditions such as a prohibition on ancillary service, compensation for substitute teachers, maximum class size of 45 students, actual teaching of not more than six hours, with compensation for large class sizes and overtime;

Representation in committees; full information on matters of hiring, retiring, and other movement of personnel; consultation in policy making.

“This CNA proves that indeed, ‘In union, there is strength.’ Only through collective struggle can teachers, just like other marginalized sectors of our society, win gains for themselves,” Tinio said. 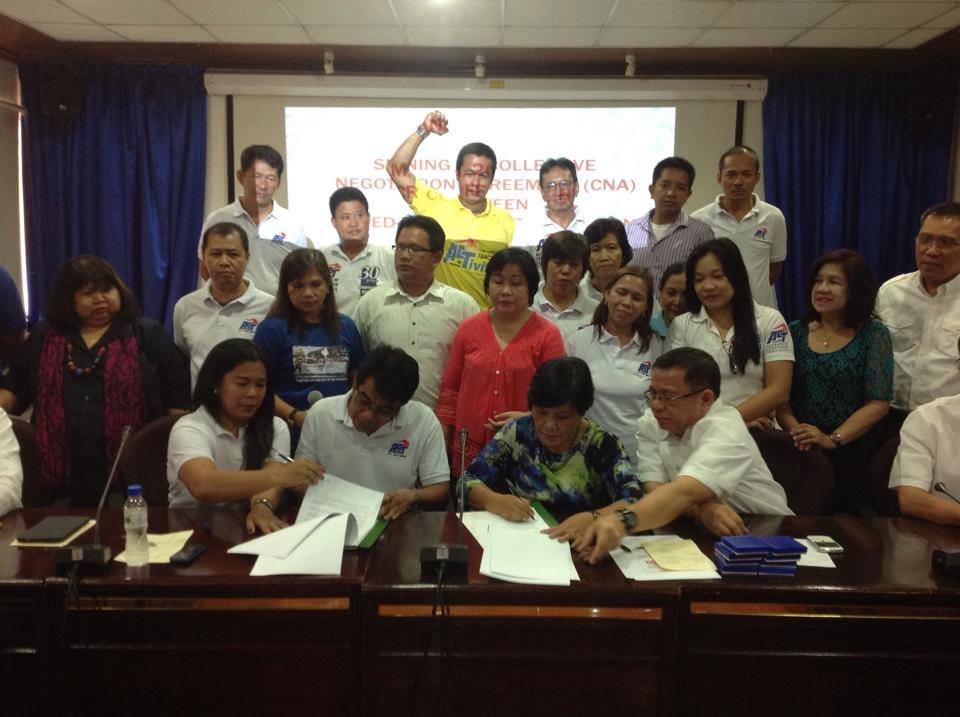 He added that the NCR CNA will serve as an “inspiration for public school teachers in other regions to work towards the registration and accreditation of their own unions, and the inking of their own CNAs.”

“The union will stand with other regional unions in the rest of the country in our fight for salary increase,” Tinio said.

ACT has established and registered unions in all regions except for ARMM, Region XII, Region IX, and Region IV-B.
Tinio said the CNA is not the end of their struggle.

“We still have to be vigilant and ensure that the government honors this agreement and give you what are justly yours,” he said.