A model of democracy? 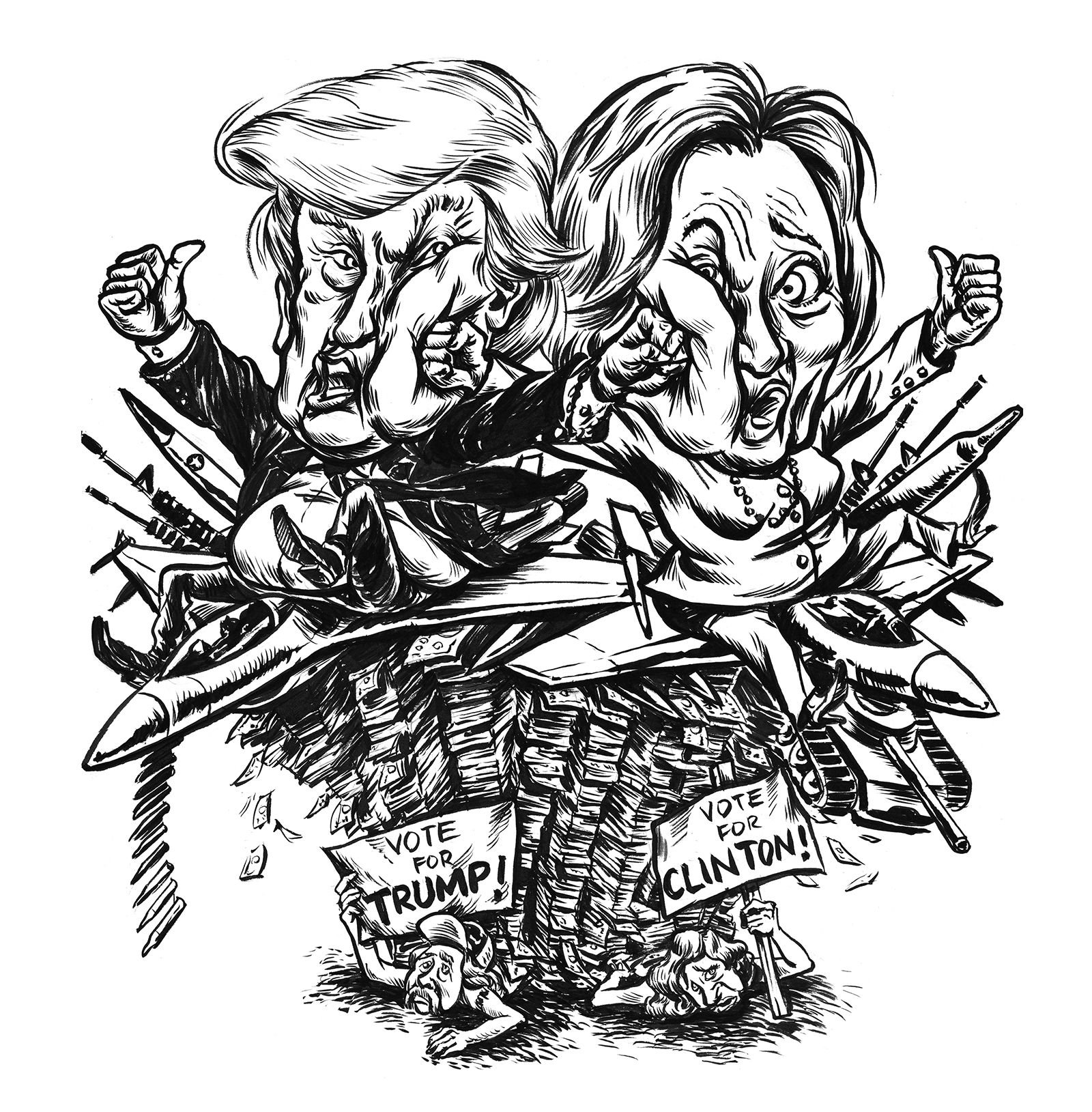 The upcoming US presidential election provides a perfect example for the idiom “a choice between the devil and the deep blue sea.” US citizens would not have much choice come November. They would have to choose between “the two most unpopular presidential candidates in polling dating back more than 30 years,” according to an ABC News/Washington Post survey.

The unpopularity of the two major party candidates – Democratic Party’s Hillary Clinton and the Republican Party’s Donald Trump – stems from what the two represents. Hillary Clinton represents the status quo: the America of severe income disparities with worsening joblessness and poverty of the working class and the decimation of the middle class on one side and the rule of Wall Street finance capital on the other, a bellicose government that invaded Iraq and Afghanistan and did not hesitate to kill 1,147 people to be able to assassinate 41 men in drone attacks, and the purveyor of neoliberalism and free trade deals that would help America mitigate the impact of the economic crisis, gain an edge over its competitors in Europe and the Russia-China combine, while impoverishing the rest of the world.

Donald Trump, on the other hand, represents the worst that America could be: ultra-right, warmonger, racist and anti-immigrant, with low regard for women and women’s rights, blatant and unfettered corporate rule.

If there is one policy that both Clinton and Trump could agree on is more defense spending.

In America right now, it’s only big corporations, both in industry and finance, who have the choice.

The article “Clinton, Trump, and the Death of Idealism,” written by Mark Harris and published by Counterpunch aptly described the upcoming November election as a “specious exercise in ‘democratic’ choice.

But looking at the broader context of the 2016 US presidential election, one could also conclude that the unpopularity of Clinton and the unlikely rise of Trump as presidential candidate are mere manifestations of the deep economic, political and social crisis that the US is now in. The specious exercise in democratic choice called the election could no longer pacify the frustration and anger of the American people on the state of society. Their anger, frustration, or rather the brewing social unrest is finding other outlets in protest movements.

The US government has always claimed that it is the model and defender of democracy. It is wont to lecture governments of other nations, including the Philippines, on what democracy and human rights are all about. But if one is to look at the US election as a model of democratic exercise, one could not help but scoff at the pretentiousness and self-righteousness of the US government.

On the other hand, one could also say that there is truth in the claim of the US government. It is indeed the defender and model of ‘capitalist democracy.’ A type of democracy that is already in crisis because it is a democracy that is not based on the rule of the majority over the minority, but rather of the few ruling elite over the oppressed and exploited majority.