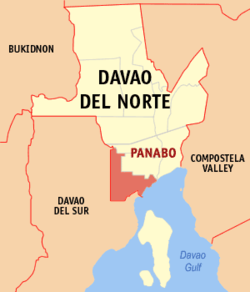 The killers shot at Ariel Maquiran, 33, an active member of the progressive partylist, Bayan Muna (People First), and a known advocate of human rights and peasants’ rights multiple times when he fell from his motorcycle.

Ariel Maquiran, 33, was an active member of the progressive partylist, Bayan Muna (People First), and a known advocate of human rights and peasants’ rights.

On May 17, he was shot dead while he was on his way home at around 9:30 a.m. After leaving from his morning shift, a riding-in-tandem, suspected to be agents of the 16th Infantry Battalion of the Philippine Army (IBPA), tailed him on his way home.

“Maquiran accelerated his driving speed but when he reached the crossing at Barangay Little Panay, he fell down from his motorcycle. Then two unindentified assailants stationed along Little Panay shot him again multiple times, resulting to his death,” an update from Karapatan Alliance for the Advancement of People’s Rights – Southern Mindanao Region (Karapatan-SMR) revealed in an urgent alert. Maquiran sustained a total of nine gunshot wounds.

Known as a progressive leader, Maquiran was a victim of successive harassments by suspected agents of the military. On May 16, a similar incident transpired but he was able to find refuge in a nearby community. He was also summoned by the military in March 2018, alleging his involvement in a tactical offensive launched by the New People’s Army (NPA) against the Lapanday Foods Corporation in 2017.

“The fascist-dictator Duterte regime along with his military minions has squeezed blood from the people, notably those who strongly oppose his tyrannical rule as an offering to his forthcoming Martial Law anniversary,” Jay Apiag, spokesperson of Karapatan – SMR, said.

As recorded by human rights group Barug Katungod, a total of 15, out of 74, battalions are deployed in the Southern Mindanao Region.